Bollywood actors have no responsibility to be transparent about their illnesses, yet they often are. The same cannot be said about Indian politicians. 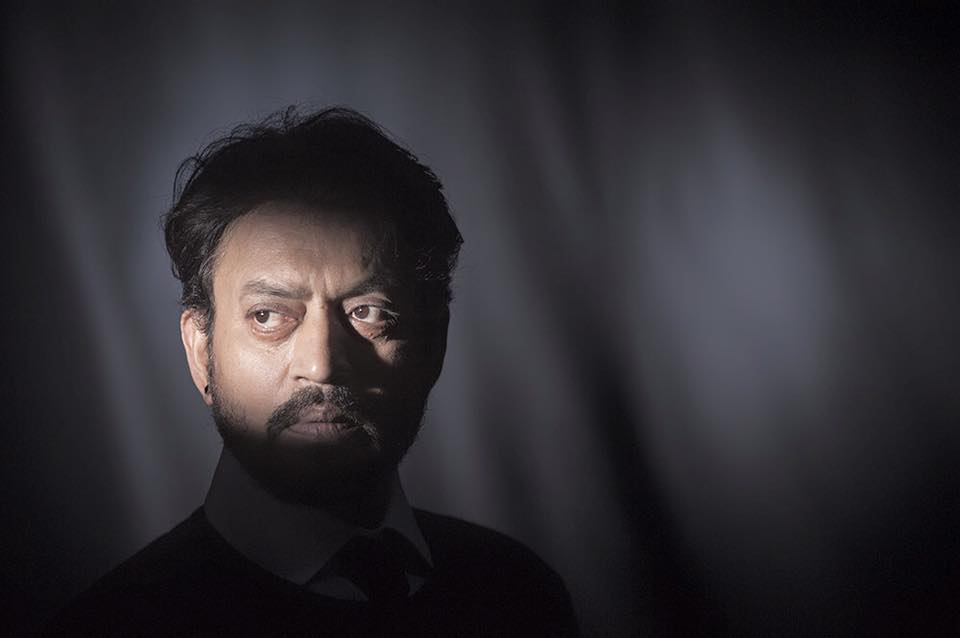 When Irrfan Khan tweeted this week about a tumour in his body, he was only following a long line of Bollywood celebrities who have, in recent times, gone public about their health struggles. “Learning that I have been diagnosed with NeuroEndocrine Tumour as of now has admittedly been difficult,” he wrote.

For an industry that is premised on individuals who always appear to look their “best” and who remain “evergreen” through their films, Bollywood has, in fact, been counter-intuitively transparent about illness, ageing and mortality.

Most recently, Deepika Padukone came out about her struggles with depression and anxiety. For years since he recovered from tuberculosis and hepatitis B, Amitabh Bachchan has worked with the Indian government as an ambassador, to combat stigma and raise awareness about these diseases. Manisha Koirala and Lisa Ray have been public with their cancer. Dilip Kumar has a Twitter account with 563,000 followers which regularly posts photos and videos of him, even though he visibly struggles with memory and mobility.

Bollywood celebrities have no responsibility to be accountable to the public about their health. Yet, they have often been transparent. However, same cannot be said about India politicians across parties and across the country. Sonia Gandhi, Jayalalithaa, Manohar Parrikar, Sushma Swaraj, Amar Singh and a number of other prominent figures have all been and continue to be tight-lipped about their health. More importantly, they are unaccountable about their inability to perform the jobs for which they were elected.

“It is the arrogance of politicians which makes them so secretive about their health,” says Shatrughan Sinha. Sinha is well-placed to understand the psyche here, as he has been a Bollywood actor since the 1960s and is a two-time parliamentarian, currently with the BJP. He commends young actors like Khan and Padukone for going public with their illness. “I also underwent a heart surgery a few years ago. These surgeries are as common as jaundice these days. There’s nothing to worry or hide,” he says.

What keeps politician’s inhibited from being honest? The pressure of omnipotence? The fear of weakness and the need to be infallible? The anxiety over retaining power in future elections?

Bollywood actor and “tragedy king” Dilip Kumar may have some insight. “Dilip saab’s decision to be active on Twitter, responding to fans and posting photos and videos of him, is part of his personality to be honest and genuine with people. Fans and the public are the ones who make a celebrity. Dilip saab has always wanted to be honest with them,” says Faisal Farooqui, founder of MouthShut.com and manager of Kumar’s Twitter account.

“In sickness and in health”

A common marriage vow is: “In sickness and in health.” It appears India’s politicians make the same promise when they stubbornly hold on to power, even when their ill-health incapacitates them.

Last year, Tamil Nadu’s former chief minister, Jayalalithaa, was hospitalised for days. Her party office had lowered their party flag thinking she was dead, only to hoist it again. The state of Tamil Nadu was taken hostage as political and bureaucratic work ceased and massive police deployment was arranged in case of public chaos following her death.

Her illness, which she kept private, and sudden death, plunged the state into a political crisis over succession, which led two fighting factions in her party to contest the leadership of the state. 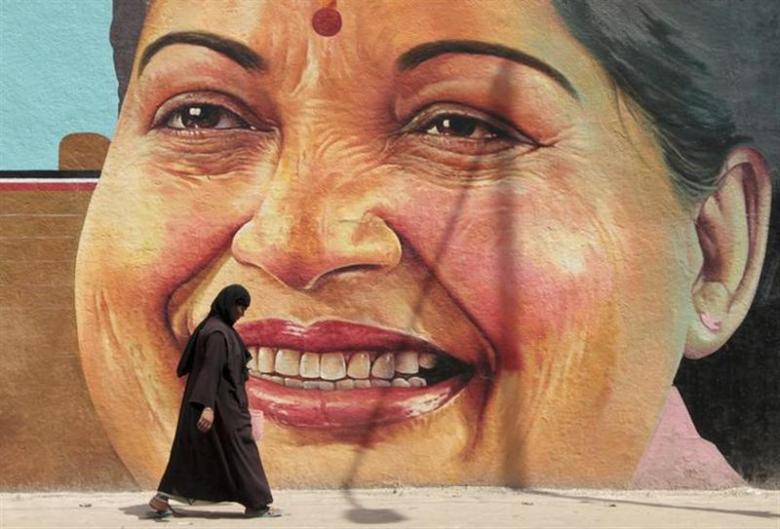 A woman walks past a portrait of J. Jayalalithaa. Credit: Reuters/Babu

Manohar Parrikar, the chief minister of Goa, is undergoing medical treatment for what the media is reporting is cancer. Until recently, he was India’s defence minister. His last months in the Union cabinet were rife with speculation that he, in fact, wanted to urgently return to his home state of Goa. The BJP finally did let him go back to Goa, as its chief minister.

As his health took a turn for the worse over the last few weeks, the media has been reporting everything from food poisoning to pancreatic cancer. Parrikar himself spoke briefly to the media but in vague and upbeat terms: “I hope your blessings continue and you allow me a few holidays.”

This even when he has flown to the US for specialised medical treatment. Much like with Tamil Nadu, political bickering is underway as the Shiv Sena is calling for President’s rule in Goa, due to Parrikar’s absence. 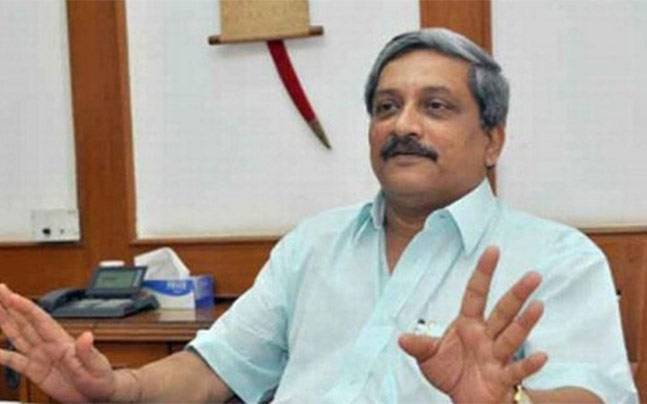 Sonia Gandhi has struggled with a chronic illness for years, which the media has often reported as cancer. The illness regularly decommissions her, taking her abroad for months on end, to seek treatment. Her son Rahul Gandhi finally took over as Congress president this January. But for years before this, she has herself handled the Congress party, inhibited as she was, with her illness, and yet unwilling to come clean to her party or the public about her struggle. The one time Rahul did address his mother’s illness was in 2017 when she had to cut short her political campaigning. Rahul tweeted saying it was a “stomach bug.”

When does the public deserve to know about the personal health of their politicians?

“Politicians fear their image will go haywire if they talk about their sickness. But it is not true. What are they worried about when medical technology has improved so much and life expectancy has increased,” says Sinha.

“Look at the example of Stephen Hawking, the scientist, who suffered health issues and just died. No one looked down upon him. One’s image depends on one’s talent and hard work, not their health, weight or whether they are wearing spectacles. I hope politicians improve their image on these areas of their merit,” he adds.

“It is very important for politicians to disclose their health issues. It helps build confidence in the people and they will become role models. Gradually the stigma will wane off if they come forward,” says Dr Harit Chaturvedi, an oncologist at Max Hospital, Delhi.

But perhaps medical professionals themselves have a responsibility to disclose? The conflict here is when public disclosure rubs up against the confidentiality that doctors assure their patients. “It is one thing for politicians as patients, to themselves come out with the truth. But what responsibility do doctors have? Like in the the Zika virus cases detected in India. People were being tested but doctors were silent on the reasons and the public impacts,” says Sandhya Srinivasan, consulting editor at the Indian Journal of Medical Ethics.

Politicians feel that having a disease makes them politically weak, says Meghnad S., creator of the web-series ‘Consti-tuition’. “A few years ago, Arun Jaitley was rumoured to be unwell. In the middle of presenting the Union budget, the speaker told him he could sit down and present the rest of it. The image of the finance minister being unhealthy while presenting the prospects for the country is not a good image for politicians.” 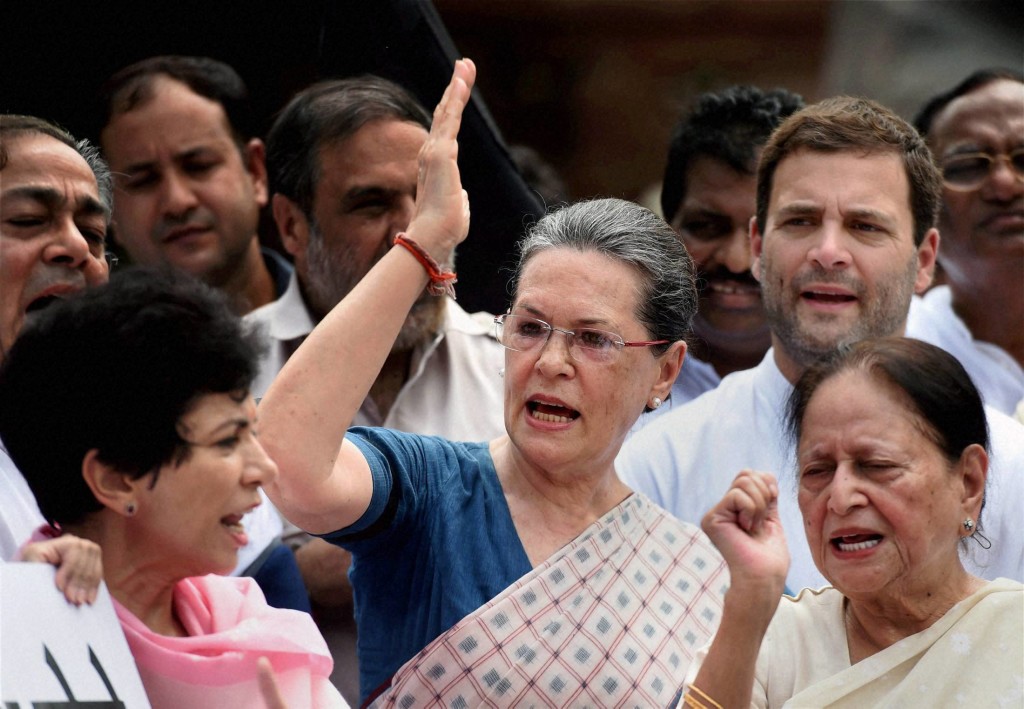 But at what point does the “brave front” start becoming serious enough to be a “lie?”

Meghnad, who also advises parliamentarians on policy affairs says, “If a politician has a fatal illness, I think they should not stand for elections. Just don’t do it. You know you won’t be able to do your job. If someone is very sick, I would advise they step down, and put a clear line of accountability in place. This is what Karunanidhi in Tamil Nadu has done, by making it clear that his son Stalin would handle the party.”

Ankit Lal who handles social media strategy for Aam Aadmi Party also cites the example of Karunanidhi’s contingency plan. “There is a responsibility for politicians to disclose, but it is tricky. Health can be deeply personal subject. Sushma Swaraj had a kidney transplant but she came back and has been handling all her work. But Sonia Gandhi has had an illness for years and in many ways that has left her party in disarray. If an illness is treatable, the politician should be given some space. But if not, they should appoint someone.”

Meghnad feels politicians don’t need to tell the public what specific illness they are suffering from. They do need to tell their voters how much of an impact their illness will have on their work. “If your decisions are going to affect a large number of people, you have to say when you will be back to work, or if you will be back to work. That much transparency is needed,” says Meghnad.