India is one of the countries with the “lowest reduction in hunger” in the nine years since the last Global Hunger Index was calculated. 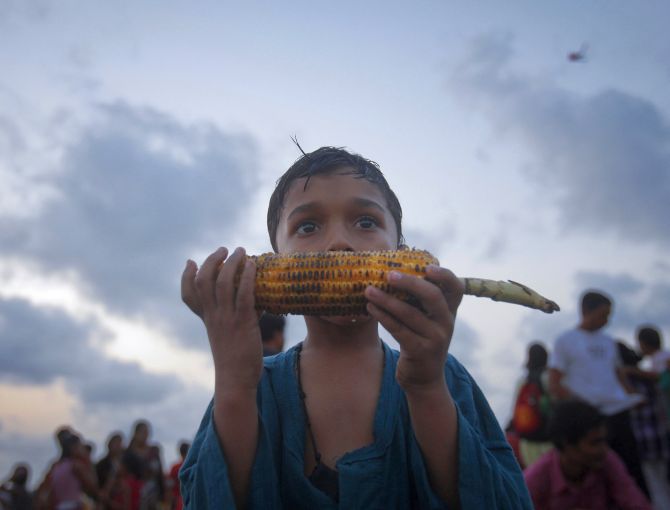 New Delhi: Forget the political controversy between the Congress and BJP over the significance of India’s declining rank in the Global Hunger Index (GHI). As the International Food Policy Research Institute has noted,  concluding from a comparison between its rank in 2014 and 2017 “that India slipped 45 places in the GHI ranking is not only erroneous but also a gross misrepresentation of facts.” However, the fact remains that India is still scraping the barrel to feed its hungry. According to the latest GHI, India, which ranks 100 out of 119 countries, is one of the countries with the “lowest reduction in hunger” in the nine years since the last index was calculated. India’s performance on the GHI is described by the report as being “serious” in its severity.

Only 19 countries fared worse than India on hunger reduction. In Asia, Pakistan and Afghanistan are the only two countries worse off than India, ranked at 106 and 107 respectively. The rest are largely in Africa and include Ethiopia, Afghanistan, Zimbabwe, Sudan, Yemen and the Central African Republic, which fared the worst.

The GHI looks at hunger in a multi-dimensional way, giving countries a consolidated score based on four indicators – undernourishment, child wasting, child stunting and child mortality. As a tool, it measures hunger at global, regional and national levels. Three out of its four indicators are specific to children, also to those under the age of five. The report was earlier published in 1992, 2000 and 2008 by the International Food Policy Research Institute (IFPRI), Concern Worldwide and Welthungerhilfe.

The report defines hunger as “the distress associated with lack of sufficient calories.”

How did India fare by itself and in the region?

India’s extremely poor score has, in fact, been a weight, pulling down the rest of the south Asian region. The report says that South Asia and Africa, south of the Sahara, are the regions most struggling with hunger (with a score of 30.9 and 29.4). On India’s role in bringing the region down, the report says, “Given that three-quarters of South Asia’s population resides in India, the situation in that country strongly influences South Asia’s regional score.”

On child-wasting, only four countries, including India, show estimates of child wasting above 20%. Child wasting is calculated as “the share of children under the age of five who are wasted (that is, who have low weight for their height, reflecting acute undernutrition).” In India, more than 21% of children suffer from wasting. This rate has not improved over the past 25 years. The only other three countries showing levels of wasting above 20% are Djibouti, Sri Lanka and South Sudan.

Child-stunting is still high at 38.4%, but has decreased from 61.9% in 1992. Child stunting is calculated as “the share of children under the age of five who are stunted (that is, who have low height for their age, reflecting chronic undernutrition).”

The report credits the “massive scale up” of India’s Integrated Child Development Services (ICDS) and the National Health Mission but says, citing academic research, that this has yet to achieve adequate coverage.