While the Integrated Disease Surveillance Programme reports in detail about food poisoning, cholera and even Crimean-Congo hemorrhagic fever, it has reported zero cases of Zika, though the government and WHO confirmed three cases. 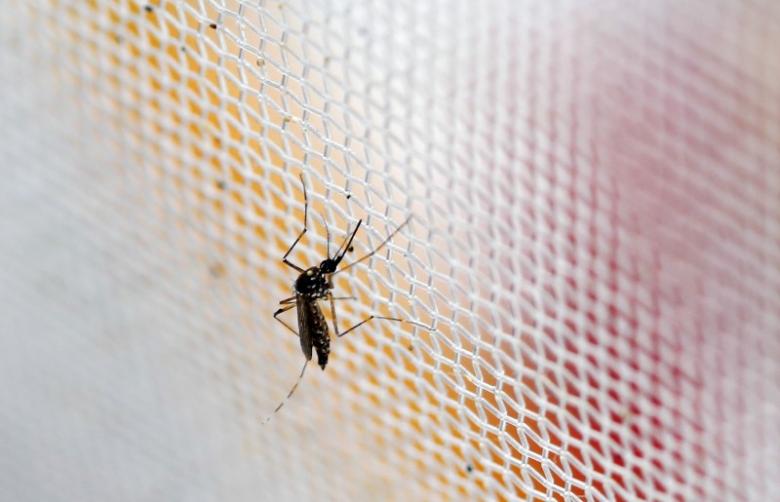 This is the first article in The Wire’s series on India’s Zika cover up. Read part two here.

New Delhi: In light of the World Health Organization (WHO) reporting three cases of Zika virus in India, it seems that the country’s disease surveillance programme is either not fully reporting or is withholding information about diseases in India. Even so, the data portal is being cited by the government and the WHO as one among their preparedness efforts towards managing Zika fever.

Data from the Integrated Disease Surveillance Programme (IDSP) from February 2016 to May 2017, shows that the official government database records no cases of Zika. This despite the WHO and the health ministry saying otherwise.

On May 26, WHO – and not the Indian government – publicly disclosed that three cases of Zika virus had been found in the Ahmedabad district of Gujarat. According to the WHO, the earliest case of Zika was from February 2016 and the most recent one was confirmed in January. This was after the health ministry informed the WHO of this on May 15.

On March 17, responding to a question in the parliament, Anupriya Patel, the minister of state for health and family welfare, said, “So far, only one case of laboratory positive Zika virus disease has been detected in Ahmedabad, India as part of routine laboratory surveillance in January 2017.”

However, 67 weeks of government data in the 15 months since WHO said India had its first case of Zika, states otherwise. The IDSP come under the National Centre for Disease Control in the Ministry of Health and Family Welfare. The reported disease-data for Gujarat, between February 2016 and May, can be viewed here.

The WHO says that there have been three cases – all in Gujarat: The first case is of a 64-year-old man, who tested positive for Zika during a surveillance in the state carried out 15 months ago –between February 10-16, 2016. The second is the case of a 34-year-old female, who showed symptoms just before the delivery of her baby on November 9. She was confirmed positive after her samples were tested twice for Zika virus. The third case was of a 22-year-old pregnant woman, who tested positive for Zika during surveillance between January 6-12.

The director general of the Indian Council of Medical Research (ICMR) said that there had been a typing error on the part of the WHO. Dr Swaminathan clarified, “The first confirmed case is actually of the 34-year-old pregnant woman. Her samples were thus tested twice, in order to be sure. It was confirmed in January 2017. The next case was of the 22-year-old pregnant woman. And the third and most recent case is of the 64-year-old man.” The government is yet to issue a clarification or write to the WHO regarding a correction. The WHO has also not made any changes to its notice either. As of now, WHO’s notice is the only formal statement issued on the matter.

Presently, the government has directly spoken only of one case of Zika virus. The WHO has instead publicly disclosed three cases. According to the clarification from ICMR, WHO may have mistyped their notification on the three cases, and according to the IDSP, there is no presence of Zika in India.

Recording food poisoning to cholera, but not Zika

In Gujarat, the IDSP recorded 5,902 cases of people suffering from a range of diseases between February 2016 and May 2017, according to The Wire’s survey of IDSP’s data. However, it failed to report any of the three cases of Zika virus in India. The IDSP had not reported on the cases before the government made them public (when Patel mentioned one case in the parliament), and did not report the cases even after it.

Unsurprisingly, there is no corroboration of WHO’s disclosure of three cases of Zika virus in any of the 67 weeks between February 2016 and May 2017. In the regular disease alerts issued by the NCDC and IDSP, there is no disease alert for Zika either. In fact, they have not issued a single disease alert since December. This leaves two possibilities: either IDSP is reporting all incidences of diseases it is meant to track, or it is withholding information on some diseases. The Wire has reached out to the IDSP and NCDC on this regard, and the story will be updated with their response.

The IDSP is intended to be a comprehensive database. It describes itself as a “one stop portal.” The health ministry describes IPDS as one of its “adequate measures to prevent/control Zika virus disease outbreak.” In the WHO’s disease outbreak news on India, the organisation said that India’s IDSP is “tracking for clustering of acute febrile illness in the community.” The only formal statement made on this matter from the government also pointed to this.

“Integrated Disease Surveillance Programme has sensitised its state and district rapid response teams. National Centre for Disease Control has been identified as the nodal agency for investigation of outbreak,” said Patel in March. Although the budget for IDSP in 2016-2017 was the highest it has ever been at Rs 68.35 crores, its expenditure for the same has been its lowest at Rs 14 crore.

The detail with which IDSP records diseases is fairly high: The portal records everything from ‘fever with rashes’ to Crimean-Congo hemorrhagic fever, which has a fatality rate of 40%. It reports single digit incidences of disease as well. For example, the data for Gujarat shows that it reported two cases of scrub typhus in the 36th week of 2016, in September. IDSP reported one case of diphtheria in the 41st week of 2016, in October. The date on epidemic prone diseases is collected on weekly basis, from Monday to Sunday. Even if there are zero cases in a particular week, reporting to IDSP is mandated.

Some examples of the rigorousness with which IDSP takes its reporting can be seen in a case from April 2016, where the IDSP records 157 cases of food poisoning in Morbi district in Gujarat. The IDSP then records that the ‘rapid response team (RRT)’ investigated this and found that all fell ill after dinner at a marriage ceremony. Stool samples were tested in Rajkot, a health camp was organised and all cases were treated symptomatically. In March, the IDSP recorded 78 cases of hepatitis E reported in Patan district of Gujarat. The RRT conducted house-to-house surveys, 12 serum samples were sent for testing, five water samples were tested and three were found non-potable. Here too, patients were treated symptomatically and “health education was given.”

The WHO’s disease notification for India caught the media and even bureaucrats unaware. The IDSP says that “Media scanning is an important component of surveillance to detect the early warning signals. Media scanning and verification cell daily receives an average of two to three media alerts of unusual health events which are detected and verified. A total of 252 media alerts were scanned for any unusual from January 1, 2016 to June 30, 2016.” While IDSP takes information from the media on other diseases and proactively disseminates it to the media, this has not been the case with Zika. Three officials said they might consider sending a press release on the matter, but at the time of publishing of this story, no formal communication had been made.

As it stands, it is the WHO in Geneva which has taken on the role of prompt and proactive disclosure. They said of their own notice on May 26 that “This report is important as it describes the first cases of Zika virus infections and provides evidence on the circulation of the virus in India. These findings suggest low level transmission of Zika virus and new cases may occur in the future.” The WHO also “encourages member states to report similar findings” because of the risk of spreading the Zika virus to the other regions.