'India Probably Has Tens of Millions of COVID-19 Infections Already'

Transmission is happening within the community, the challenge is to organise our healthcare system to deal with the consequences of hundreds of millions of infections, says Ramanan Laxminarayan, director of the Washington-based Center for Disease Dynamics. 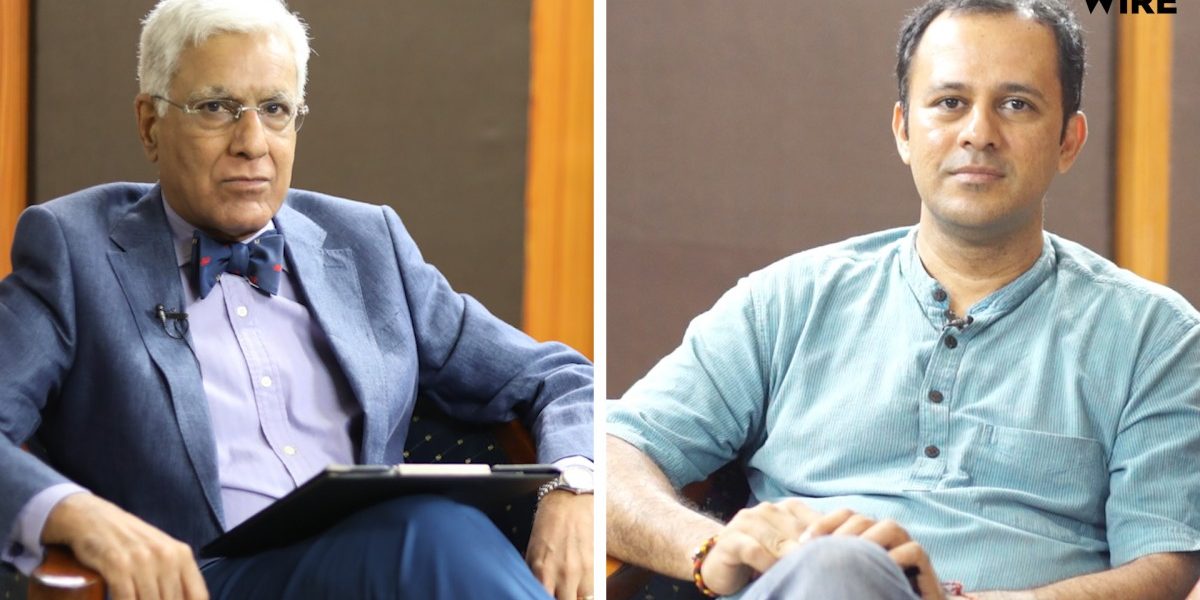 New Delhi: Citing numbers that could come as a shock to many people, Ramanan Laxminarayan, director of the Washington-based Center for Disease Dynamics, Economics & Policy has said that India probably already has tens of millions of COVID-19 infected people. He says the nationwide part of the ICMR’s recent serological survey which suggests that 0.73% of the population has been exposed to the virus corroborates this. Laxminarayan says he believes India could have 200 million COVID infected people by September.

In an interview to The Wire, Laxminarayan said there is no real difference between COVID-19 infections and COVID-19 cases except for the fact that what we call ‘cases’ are officially recorded infections whereas other infections have either not been detected or recorded. The majority of these will be asymptomatic people although a few might have mild infections which they have not bothered about.

However, Laxminarayan refused to relate his forecast of 200 million infections by September to a corresponding figure for the number of deaths.

He said that whilst the phrase ‘community transmission’ may not be a technical phrase, its meaning in common parlance is clearly understood. It means that people are getting infected from within the community without knowing from whom or how. In other words, the source of the infection cannot be traced to someone who has come from abroad or been in touch with such a person. In that sense, he said, there was no doubt that community transmission was happening in India.

Laxminarayan said he was certain that the return of millions of migrants  to villages in Bengal, UP, Bihar, Orissa, Chhattisgarh, Jharkhand, etc. will lead to a surge of infections in these rural hinterlands. However, he was reluctant to accept reports in several newspapers that India would see its peak only in mid-November. Instead, he said India would see several regional peaks as individual states hit their peak at different times. He said in overall terms, the picture or graph is of a high plateau stretching for several weeks or months with different states or regions peaking at different times.

Questioned about the second part of the ICMR serological survey – which has not been officially released but has been widely leaked – which suggests that in hotspots and containment zones up to 30% of the population could be infected, Laxminarayan said it seems difficult to believe the percentage could be so large because such a sizeable number have not been infected so quickly in any other country. However, if true, it would certainly be good news because it would take these containment zones and hotspots a lot closer to achieving herd immunity which, at an R-O of 2, needs 50% infection levels.

Laxminarayan was dismissive of attempts to compare India’s mortality rate, whether per thousand or as a percentage, with that of other countries to suggest that we are doing better. Not only are mortality rates calculated differently in different countries and thus not comparable but, furthermore, he illustrated his scepticism by citing the example of setting fire to two forests, one of which is 10 acres and the other 100 acres. He said both will burn at the same rate and the destruction in the burnt areas will be equivalent but, obviously, the bigger forest will take longer because of its size.

Laxminarayan also seemed to suggest that there are many questions that can be asked about the accuracy and reliability of India’s mortality rate. Are all COVID-19 deaths being counted as COVID deaths? The recent controversy in Delhi and, now, in Mumbai as well suggests that a fair number of COVID deaths are not being taken into account.

He said the biggest challenge facing the government as it gears up to handle a possible 200 million infections by September is organising the healthcare system to respond adequately. He said the answer is to move medical staff and facilities from an area where the virus is under relative control to another where it is peaking. There is no way that in the limited time available, India can actually build up a sufficient number of doctors or trained medical staff. He was particularly dismissive of government plans to rapidly train doctors to become intensivists and to adopt telemedicine handling of ICUs.

Asked whether the decision of the Tamil Nadu government to impose a stringent lockdown on Chennai and three other districts from June 19 is correct, Laxminarayan said it is not necessary. He said the situation in Chennai was under control and this second lockdown is not needed.

Finally, Laxminarayan explained that the fact nearly 50% of COVID-19 deaths in India are of people under 60 compared to just 4% in Italy and 5% in the whole of Europe does not refute the belief that  India’s strength against the virus is the fact that it has a young population where 90% are under 60. He said there are many more people in India under the age of 60 than in Italy, which is why it is to be expected that more people of this age group would die in India than in Italy. But, he forcefully argued, that does not undermine the argument that with a young population, India’s ability to withstand the virus is greater.