India Must Change Its Approach to Blood Donation

To reduce the demand-supply inconsistencies, there is a need to culturally imbibe voluntary blood donation as a social norm. 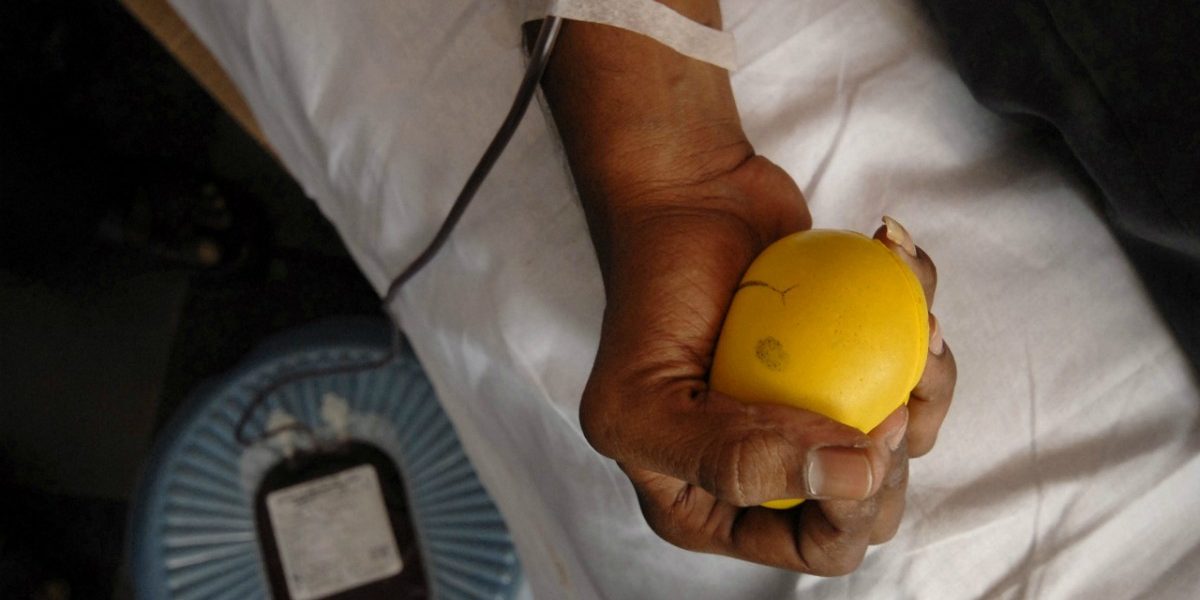 Over the past few years, India has been focused on improving health indicators across rural and urban areas. However, ensuring safe and adequate blood, which is fundamental to our healthcare system, still remains a huge challenge and a gap area. Despite all its efforts, India fell short of 1.9 million units of blood in 2016-17 – equivalent to 60 tankers. If you account for the challenges specific to a country like India – poor health-seeking behaviour, higher disease burden, limited access to healthcare facilities – having a robust blood system is the critical need of the hour.

Even today, India is heavily dependent on replacement blood donation, wherein family or friends are asked to donate blood in lieu of the units given to a patient. However, this form of blood donation does not necessarily replace the blood group or quantity administered and leads to increased risk of transfusion-transmissible infections.

A culture of voluntary blood donation remains a distant dream in India – predominantly because of the misconceptions, misinformation and ignorance about the effect and safety of blood donation.

One of the most common myths about voluntary blood donation is that it reduces blood in your body, thereby impacting your immune system or that it makes you weak and impacts your health and well-being. People refrain from donating blood fearing that it is a painful and a long process and that it could lead to contraction of infections including HIV.

None of the above is true, and sadly, even the educated are easily influenced by such falsehoods. On the contrary, there are several benefits of blood donation. According to studies, donating blood reduces your risk of heart disease and cholesterol. Other obvious benefits include receiving a free prior health screening and a mini blood test.

In order to build a sustainable base of safe blood donors in India through an effective voluntary blood donation programme, the most vital step is to focus on increasing public awareness of blood donation. There is a need to bust all the myths that keep people from not coming forward to voluntarily donate blood and to create acceptance of the significance of blood donation as a social norm. Even well-educated people in India perceive that blood donation is an emergency service.

Need for a cultural change

The government must push for a multi-sectoral and multi-stakeholder collaboration, creating opportunities to donate and raise public awareness on the need for safe blood. When it comes to inculcating a cultural change among people, educating and sensitising the youth will have a crucial role to build a pool of voluntary blood donors for the future.

India is home to a fifth of the world’s youth. Half of its population of 1.3 billion is below the age of 25, and a quarter is below the age of 14. This presents us with a great opportunity to work towards a cultural shift from replacement blood donation driven by an urgency to one based on repeated, altruistic donation becoming a social norm.

Therefore, an idea worth considering is for our education curriculums to incorporate sensitising programmes in schools and colleges across India on the various aspects of blood donation. This will help dispel misconceptions and inculcate a feeling of pride towards saving lives through voluntary blood donation among citizens at a young age.

Globally, several countries have blood donor education packs for schools and colleges which have interactive videos that take students through the donation process. They feature personal stories of young blood donors and recipients which makes them relatable and compelling.

These packs also have quizzes as well as information, education and communication materials that not only help them understand the value of blood donation but also encourages them to become advocates for voluntary blood donation among parents, alumni and other community networks.

For India to attain sustainability and adequacy of blood, it is vital for the future generation to not only understand the importance of blood donation but to also culturally imbibe voluntary blood donation as a social norm. One cannot emphasise enough the role of youth in shaping this change to reduce the demand-supply inconsistencies in our blood system.