The vaccine is part of India’s routine immunisation programme. 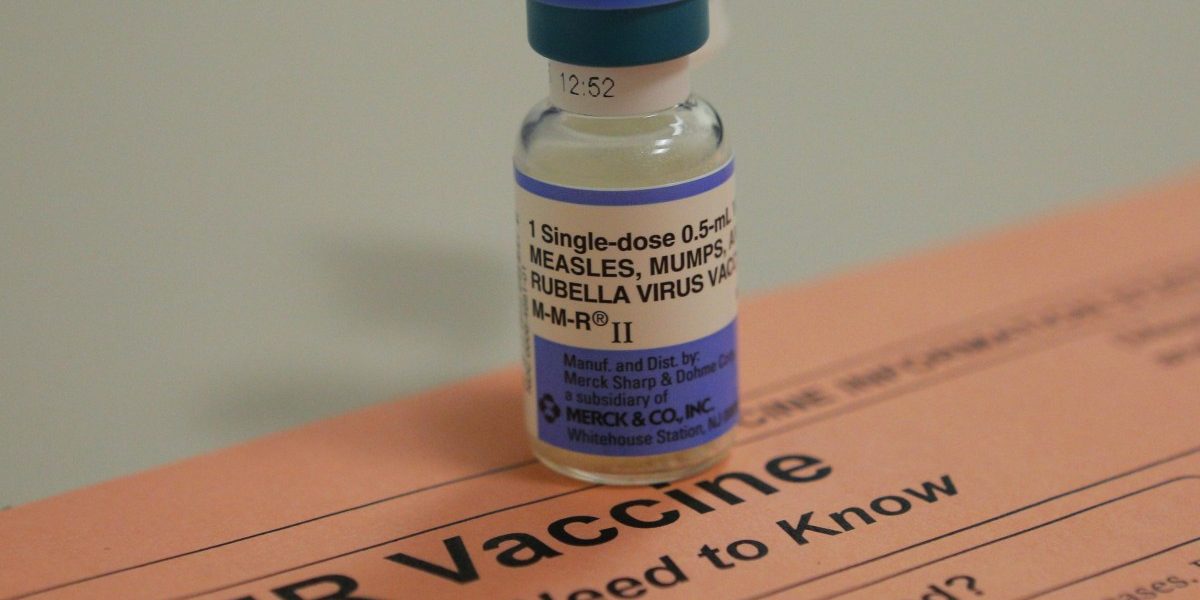 A vial of measles, mumps and rubella vaccine and an information sheet is seen at Boston Children's Hospital in Boston, Massachusetts February 26, 2015. Photo: Reuters/Brian Snyder

New Delhi: Even as a serious measles outbreak has killed 70 people in Samoa, new data says that at least 2.3 million children in India may not have been vaccinated for the disease.

Despite being preventable by vaccines, which is part of India’s routine immunisation programme, the country reported 70,000 cases of measles in 2018. This year, the cases have dropped substantially, with 29,000 cases being reported to the WHO by India.

Government data says that as of November 2019, more than 324 million children and adolescents have been been given the measles and rubella vaccine.

The major casualties from measles are children under the age of five. The WHO released data recently that said that it is this age group that accounted for most of the 1,40,000 people who died from measles in 2018.

After Nigeria and India, the other countries with high populations of unvaccinated children are Pakistan (1.4 million), Ethiopia (1.3 million), Indonesia (1.2 million) and the Philippines (0.7 million).

The measles vaccine requires two doses, which are given before 24 months of age. The WHO recommends 95% coverage with two doses. Countries are lagging behind on even successfully giving full coverage of the first dose. Measles is a contagious virus and can spread rapidly. Its symptoms can range from rashes to pneumonia and can cause blindness and death.

Measles cases have been reported around the world over the past few years, as the “anti-vaccine movement” grows stronger. In the US, 880 cases of measles were reported between January and May 2019. The last time such a high number was seen was in 1994, when 963 cases were reported.