Pneumonia kills two lakh children in India every year, but the vaccine has so far been available only in the private market at a high price. 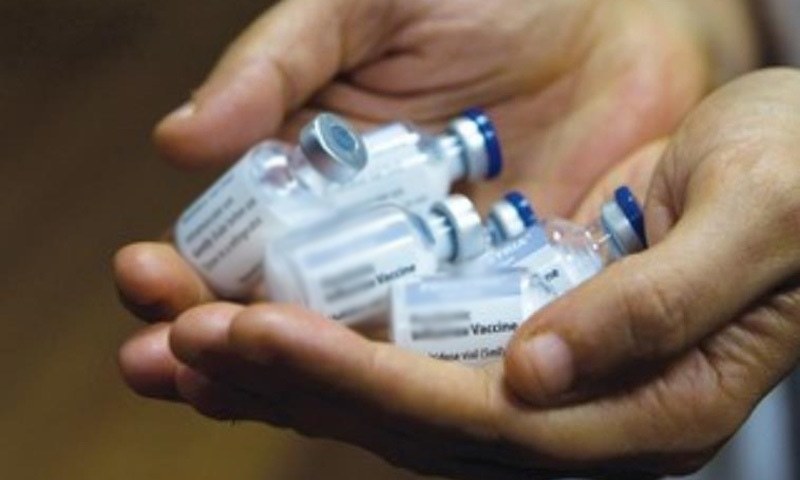 India’s patent office has just granted the US pharmaceutical corporation, Pfizer, a patent for their pneumonia vaccine. Credit: Reuters

“No child should die in the country from vaccine preventable diseases. This is the goal and commitment of our government,” Union health minister J.P. Nadda said as he announced the introduction of the pneumococcal conjugate vaccine (PCV) into India’s Universal Immunisation Programme (UIP).

This was three months ago – in May. Nadda was launching the PCV in Mandi district in Himachal Pradesh. He is a Rajya Sabha parliamentarian from the state.

Three months later, India’s patent office has just granted the US pharmaceutical corporation, Pfizer, a patent for their PCV. It will extend upto 2026. The order, on August 11, is for Pfizer’s vaccine that is marketed as Prevnar13 and protects against 13 types of pneumococcal bacteria. The patent was opposed by Medecins Sans Frontieres and Panacea Biotech Ltd.

PCV is the world’s best-selling vaccine and it has earned Pfizer nearly $35 billion in sales between 2009 and 2017. Until now, in India, PCV has only been sold in the private market, to those who can afford it. Here, it costs approximately Rs 11,000 per child for all three doses of the Prevnar13 vaccination.

Pneumococcal disease is the leading cause of vaccine preventable deaths globally in children under five. India alone accounts for 20% of all pneumonia deaths globally. In India, two lakh children die from pneumonia annually and it kills more children in India under the age of five, than any other infectious disease.

Despite being part of India’s “universal” immunisation programme, it is in fact only available to children in three states – Himachal Pradesh, Bihar and Uttar Pradesh. Madhya Pradesh and Rajasthan will be included next year. India’s immunisation programme began with providing protection against six diseases and now offers 12.

At the roll out in Mandi, Nadda talked about the high prices of this vaccine: “While these vaccines in the private sector were accessible to only those who could afford them, by making them available under the UIP, the government is ensuring equitable access to those who need them the most, the underprivileged and underserved.”

The PCV, sold globally with a duopoly between Pfizer and GlaxoSmithKline, began to be rolled out in India’s immunisation programme only this year, due to a “commodity assistance” from Gavi, the global vaccine alliance.

Gavi is making these Pfizer vaccines available to India only for three years, according to a health ministry official. Gavi has committed $500 million to India between 2016 and 2021. Gavi purchases the vaccine at approximately Rs 500 per child for a full vaccination. In May, Gavi’s CEO Seth Berkley said, “This is a huge milestone because it means that, for the first time, India’s most vulnerable children will be protected against one of India’s most deadly diseases.”

After Gavi pulls out in 2021, the Indian government will find itself dependent on these patented vaccines but will have to bear the full cost. “Any vaccine which we introduce, we cannot withdraw. We will have a public hue and cry. Clearly when the government takes a decision whether to introduce a vaccine or not, it definitely has made up its mind to continue to provide the vaccine,” says Dr Pradeep Haldar, deputy commissioner for immunisation at the health ministry.

Post 2021, the PCV may not be sold at Gavi’s subsidised rate of Rs 500 to the Indian government. In 2013-2014, for example, the US government was buying the same vaccine from Pfizer at approximately Rs 21,000 for a single child’s vaccination.

The same vaccine had their patent recently revoked in 2014 by the European Patent Office (EPO), which judged it to be “non-inventive”. It had been opposed by five applications, including by competitors Merck and Novartis. The Indian patent office has found the same vaccine to be both “novel” and having “inventive step”.

“The EPO is a far more patent-friendly body, as opposed to India which has been more reluctant. For the EPO to revoke a patent that they themselves have granted, is an important factor and should have been considered in India too,” says Leena Menghaney, South Asia Head for Doctors Without Borders’/Médecins Sans Frontières (MSF) Access Campaign.

“It’s unfair and unacceptable that almost a million children die each year from pneumonia, even though a life-saving vaccine is available. Children everywhere have a right to be protected from pneumonia, but many governments can’t afford the prices set by Pfizer,” said Dr Prince Mathew, Asia Regional Coordinator for MSF. “We urgently need additional manufacturers to rapidly introduce competition with the aim of lowering vaccine prices,” he said.

MSF believes that the granting of this patent may bring competition down as this will block other manufacturers in India from supplying the vaccine. This patent is being challenged currently by MSF in South Korea and it is also being challenged separately before the US Patent Trademark Appeal Board. The humanitarian agency feels this signals a weakening of India’s high standards of patentability.

The Wire has reached out to Pfizer and Gavi for comment, and will update this story if there is a reply.