In order to end open defecation by 2030, and thereby achieve the UN’s Sustainable Development Goal of 100% access to adequate and equitable sanitation, India needs to consider separately its urban and rural realities.

India has made remarkable progress on several economic fronts since independence in 1947. While the data suggests that there has been a significant rise in literacy, per capita income and life expectancy, India still hosts the highest number of malnourished children in the world. Recent research has established that water and sanitation issues are the most crucial determinants of child health.

While the national sanitation campaigns have been launched since the 1980s with the goal of increasing sanitation coverage, the United Nations’ Sustainable Development Goal (SDG) 6.2 of achieving 100% access to adequate and equitable sanitation, and ending open defecation by 2030, remains elusive. This trend is exhibited in the recently released government’s NFHS-5 data.

We now ask an important question: what could be done over the next decade to ensure that India achieves SDG 6.2? The first step would be recognising that nearly 65% of India’s population lives in rural areas, and this implies combatting different sanitation challenges for rural and urban India.

We explore these distinct challenges and the root cause behind the existence of such differences. A deeper recognition and understanding of the rural and urban sanitation challenges will help the Indian policymakers restructure future national sanitation policies distinctly for each area. This can help India achieve the SDG 6.2 target. 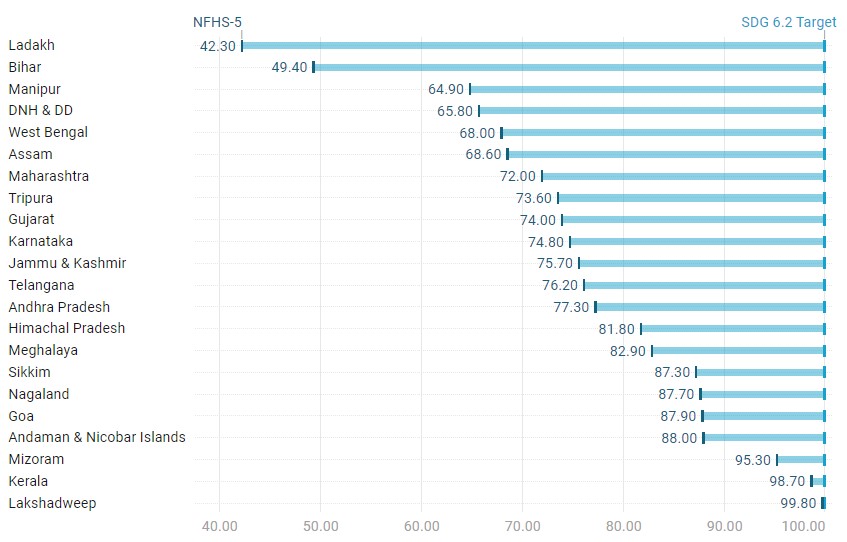 Figure 1: Percentage of population living in households that use improved sanitation in India.

Before we delve into specific rural and urban challenges, it is important to understand the sanitation differences (if any) between the two.

NFHS-5 reported significant differences in the proportion of households using adequate sanitation between the rural and the urban areas in states across India. Ladakh had the highest gap within the two regions as the proportion of households in the rural areas had almost 40% lower use of toilets than the households in the urban areas. The highest disparity in Ladakh was followed by Gujarat, Bihar, Andhra Pradesh, Karnataka and so on (see figure 2).

Rural sanitation has lagged behind urban sanitation in almost all states for decades. The only exceptions are north-eastern states like Meghalaya, Sikkim, Manipur and Nagaland, which exhibit an opposite trend as rural households have higher use of sanitation facilities than their urban counterparts. 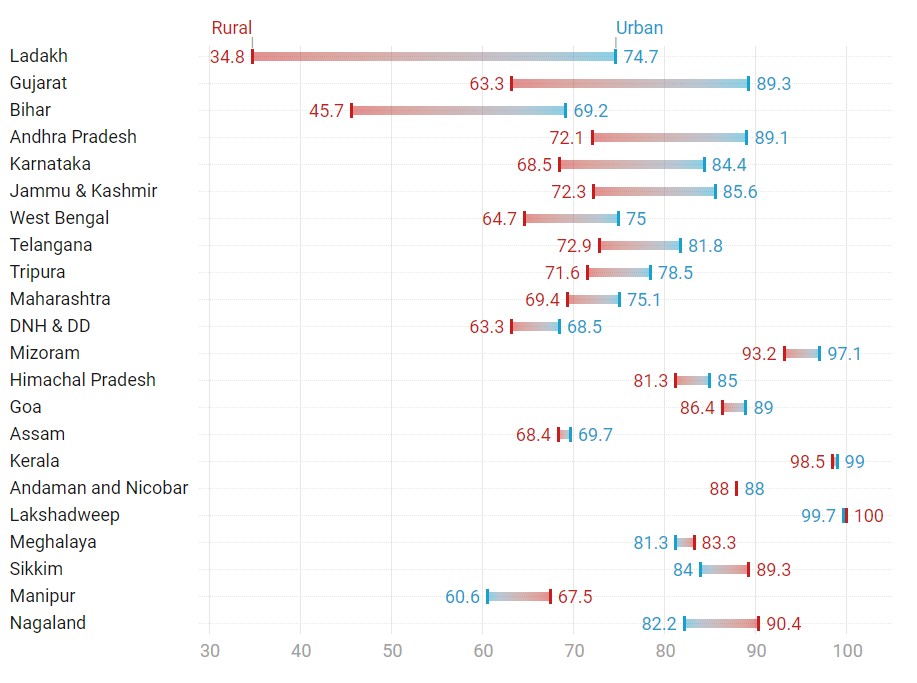 Figure 2: Percentage of population living in rural and urban households that use improved sanitation in India.

At the launch of the Swachh Bharath Mission (SBM) in 2014, the most important challenge in rural areas was to overcome the problem of open defecation by increasing households’ access to toilets. Eventually, it was found that these toilets were unused because there was a preference for open defecation (OD), i.e., people preferred to practice OD despite the access to toilets. This preference was driven by the low quality of toilets, social norms and the general belief that OD is healthier than toilets.

Hence, to enhance the adoption of these toilets, SBM rural also allocated funds for information, education and communication (IEC) activities which would induce behavioural change among the rural population. It is important to note that the toilets built under SBM rural were pit latrines, i.e., the household did not need to be connected with a sewage system.

The issues become complex as we discuss urban areas as the most prominent sanitation challenge in urban areas is managing solid and liquid waste (SLW). India is the third-largest generator of solid waste in the world (next to the US and China). Of this, only 70% is collected, and 80% of this collected waste is simply dumped in the landfills. The untreated waste seeps into land, water or is burned – leading to air, water and land pollution. The task of managing the collection and transportation of solid waste falls under the state municipalities. This strains the already limited state funding, deterring the acquisition of new landfills and investment in innovative technology for better SLW management.

Similarly, the management of liquid waste (think fecal sludge) is under the combined authority of the state’s public health departments and municipalities. Unlike the rural areas, it is not possible to build in-house pits for every urban household due to the scarce land and rising population. Hence, the construction of new toilets under SBM has to be followed by building or connecting these toilets to an existing underground sewage system. To avoid the excessive burden, an upgradation of such systems is recommended every few decades.

Why do these differences exist?

The divergence in the sanitation challenges arises due to multiple reasons. Historically, urban areas always have had higher access to sanitation facilities than rural areas. This led to a higher number of people using these facilities in the urban than the rural areas. Hence using toilets in urban areas eventually evolved as a social norm. However, given the historically limited access to toilets in rural areas, open defecation became the prevailing norm.

What has triggered this traditional establishment of social norms in the two areas? The important complementarities between water and sanitation suggest that it is easier to access piped water in urban areas. Flushing requires nearly 0.5 to 1 bucket of water. While this process becomes easier when the toilets are connected to the piped water (as is the case in urban areas), OD is easier to practice in rural areas. OD requires a mug of water and saves the rural households the toiling task of filling and carrying buckets of water from a central place in the village to their homes.

To summarise, while the rural areas face the challenge of pervasive OD, the urban areas have to cope with the rising solid and liquid waste. Both areas require different sanitation solutions as well: behaviour change communication to make the community aware of the ills of OD for the former, while better management of generated solid waste and fecal sludge in the urban areas.

Besides behaviour change, exploring innovative cost-effective waterless sanitation technologies will also prove beneficial for the rural areas as it will save them from the hassle of worrying about the water aspect of sanitation.

Although India has a long way to go before universal sanitation is achieved in both the rural and urban areas, recognition of the disparate challenges faced by both regions will play an instrumental role in making India an open defecation-free country.