How Viruses Engineer their Way to Bringing Disease, and Also Life

In a manner not too different from societies and cultures of today, the genetic material of most organisms is also a mosaic, containing genes and other elements of foreign origin. 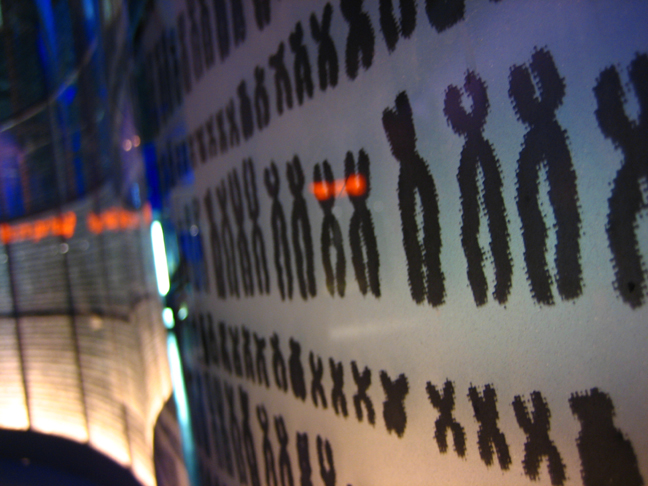 Viruses are a bigger part of our lives than we think, having infiltrated the DNA of many creatures during their evolution. Credit: slushpup/Flickr, CC BY 2.0

This article is the first of a two-part series on viruses and bacteriophages. The second part will be published on December 4. Viruses are a bigger part of our lives than we think, having infiltrated the DNA of many creatures during their evolution. Credit: slushpup/Flickr, CC BY 2.0

Societies are mosaics of diverse ideas. Indigenous customs and practices of one society intermingle with the hues of others, and influence each other, if not by direct contact then via fluid mechanisms of long-distance communication. This is a truth that many of us realise, and it will not be unfair to say that anyone who believes in the exalted purity of his or her own society or culture is being delusional.

In a manner not too different from societies and cultures of today, the genetic material of most organisms is also a mosaic, containing genes and other elements of foreign origin. External sources of DNA are forever finding their way into the genetic material of most organisms, and at times influencing the characteristics and further evolution of the host. This we refer to as horizontal gene transfer: a form of “natural” genetic engineering.

This happens to be a major source of evolution of bacteria into agents of disease, and notably into those resistant to treatments with antibiotics. Despite the regular exchange of ideas, each culture retains its unique identity; similarly, in spite of extensive horizontal gene transfer, every organism maintains its core characteristics while constantly adding new capabilities.

The case of cholera

A major source of mosaicism in the genetic material of bacteria, and to a lesser extent of plants and animals, are creatures called viruses.

Viruses are tiny. Hundreds of viruses can be comfortably packed inside a tiny bacterium, a million of which can be lined up end to end on a metre-long scale. That means viruses are really tiny. We know viruses as the cause of numerous illnesses, from minor irritants such as that nuisance common cold to significantly more serious matters such as swine flu, dengue, chikungunya, hepatitis, AIDS and the Ebola hemorrhagic fever. These tiny critters are genetic engineers, making otherwise harmless bacteria nasty adversaries of human life, besides conferring benign properties on many forms of life. (In the sequel to this article, we will see how the discovery of viruses that attack bacteria as part of a perpetual war of the microbes enabled the birth of molecular genetics.)

An infectious disease that most of us would have heard of is cholera. This is a widespread water-borne disease, caused by a bacterium that goes by the name Vibrio cholerae. An infectious disease outbreak that spreads across a wide geographical area is often referred to as a pandemic, and the world has seen seven cholera pandemics over the last 200 years, which together have killed well over a million people and caused suffering to many more. Today, deaths due to cholera are relatively rare but one can imagine the havoc this disease would have caused in the 19th and the early 20th centuries. The causative agent of the disease was discovered twice in Europe, presumably independently, in the second half of the 19th century.

The mechanism of the disease process was discovered in India by a doctor from Calcutta called Sambhu Nath De in the mid-20th century. He showed that the disease involved permeation of the intestinal membrane, which results in fluid leakage and loss of essential minerals. It is a quirk of fate that De never got the Nobel Prize, but there have been others across the world who, in the opinion of many, deserved to win this coveted prize but never did.

Anyway, more relevant is De’s discovery that Vibrio cholerae released a molecule into its environment, which was toxic to intestinal cells. This was the discovery of the cholera toxin (CTX), the protein agent.

What makes this bacterium a devious perpetrator of such a debilitating disease? In general, the question of what makes a pathogen a pathogen often gets into deep debates on evolution and why any organism should evolve to cause disease. We’ll stay away from these debates here but mention that the toxin that allows Vibrio cholerae to damage human intestinal cells has viral origins. Yes, this is not part of this organism’s “indigenous” genetic material but is a property that is carried by the genetic material of a virus, which at some point in recent human history integrated into the chromosome of a Vibrio cholerae ancestor that probably could not quite cause cholera.

This insight into the evolution of the cholera-causing bacterium came about only 20 years ago, in a publication by Harvard-based scientists Matthew Waldor and John Mekalanos. A virus turned out to be a genetic engineer providing what was probably the decisive event in making a bacterium an agent of disease.

The causative agent of cholera is not the only bacterium to have been engineered to become a disease-causing organism by viruses. Other examples include some varieties of the bacterium Escherichia coli (E. coli), which causes severe food poisoning resulting in dysentery that can be fatal. In this example, the ability of the bacterium to produce a toxin called the Shiga toxin, which attacks human cells by destroying their protein production machinery, is conferred by the integration of the DNA of a virus into the bacterial chromosome. In the bacterial pathogen dubbed Staphylococcus aureus, the drug-resistant version of which is popularly referred to as MRSA, the capability to manipulate the human immune system is typically a result of the presence of a certain viral DNA in the bacterium’s chromosome. There are many such examples that have been described in research papers and books.

We have also come to realise, through a certain type of genetic analysis called metagenomics, that there are many cases of viral DNA carrying determinants of antibiotic resistance and which could contribute to the making of superbugs, a final frontier for modern medicine. The public health problem caused by antibiotic resistance has found significant press space in recent weeks, and I’ll cover some aspects of the science behind this next month.

There are superpowers, too

Viral DNA integrated into host chromosomes is not all about conferring virulence and antibiotic resistance. The viral DNA in the chromosome of even the benign variant of E. coli enables the bacterium to counter certain stressful environmental conditions beyond antibiotics, including survival under acidic conditions and exposure to highly reactive and detrimental byproducts of chemical reactions involving oxygen. Viral DNA integrated into the chromosomes of bacteria that ferment sourdough can code for enzymes that degrade complex carbohydrates (into forms that can probably be utilised by these bacteria as nutrients and multiply faster).

We know from school that certain bacteria called Rhizobia help fix atmospheric nitrogen into usable forms. This ability appears to have been horizontally acquired, and the DNA encoding this trait includes viral genes that enable its integration into the host chromosome. However, the evolutionary path leading from a virus to an immense cluster of genes providing for nitrogen fixation is a mystery.

Beyond bacteria, human chromosomes have many retrotransposon elements, derived from certain viruses, whose influence on our biology is only beginning to be appreciated. These functions include regulation of gene expression, i.e. helping the cell decide which proteins to produce when and where. They also promote events that might cause indigenous segments of the host chromosomes to be deleted or otherwise rearranged, which can have an impact on the properties of these cells. More than humans, the chromosomes of many crop plants are loaded with these retrotransposons: they may account for up to 90% of the total genetic material of maize, making these chromosomes more viral than plant.

While we have said a few things about what viruses can do by getting their DNA into the chromosomes of their hosts, we have not said anything about how the viral DNA got there in the first place. The series of discoveries spread over 100 years, which eventually resulted in the present-day understanding of the roles of viruses in generating medically important functions of bacteria, stoutly fall under the category of basic science trying to understand the molecular basis of life and inheritance. These led to the birth of molecular genetics and subsequently genetic engineering, biotechnology, genomics and synthetic and systems biology.