In 1939, a mainstream blockbuster featured a suave hero suffering from a malady unthinkable for any Bollywood lead today: tuberculosis. 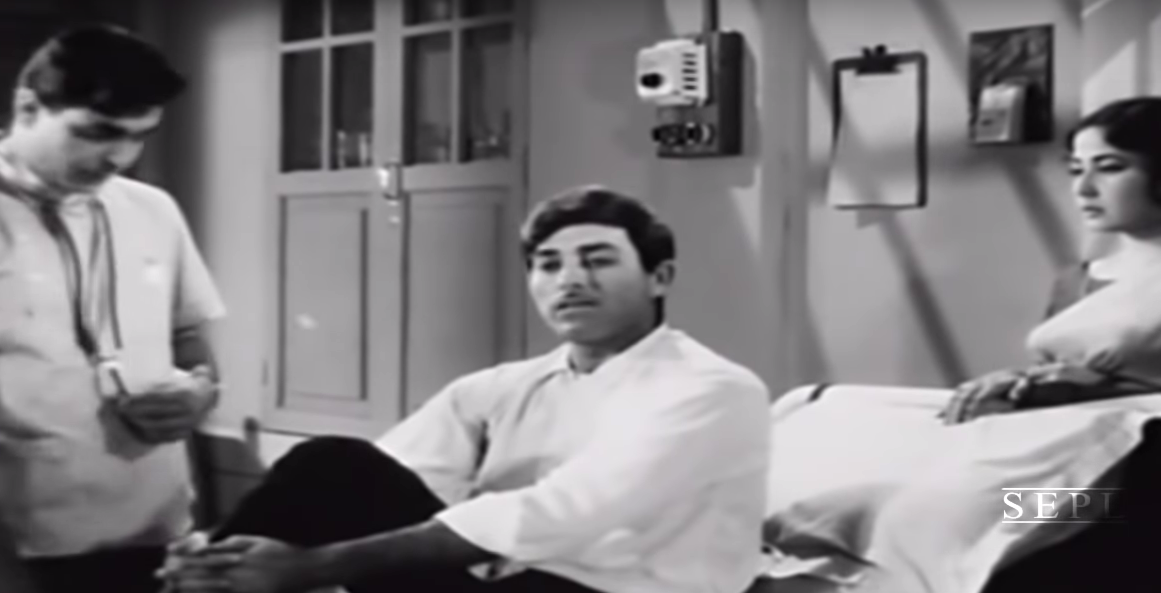 India – just like the world – has changed a lot since its independence. Most of us today have little to no idea of the state we were in in 1947. The rise of pernicious propaganda (“nothing happened in India in 60 years of freedom”) has further weakened our already feeble understanding. It is going to take a while for us as a nation to learn better ways of thinking about history, but in the meantime, watching old movies can be a good way to understand the past, especially our vastly challenging pre-independence baseline. Public health makes a fascinating example for this cinematic exercise.

Today, references to cancer, heart disease and diabetes abound in our films. Big stars have played characters with such rare ailments as progeria and Asperger’s syndrome. However, in 1939, a mainstream blockbuster featured a suave hero (K.L. Saigal) suffering from a malady unthinkable for any Bollywood lead today: tuberculosis (TB). The plot of this film, Dushman (Hindi for ‘enemy’), is a love story where TB is the enemy. This messaging was inserted in the film as part of a government mandate for movie studios to carry social propaganda. The Viceroy of India and the Governor of Bombay even attended the film’s screening. TB is indeed still a major killer of Indians but just not the kind of Indian that the middle-class wants Bollywood to showcase.

Also read: How the Calcutta Medical College Led to the Rise of Biomedicine in India

Apart from TB awareness, Dushman also features perhaps the first on-screen portrayal in India of germ consciousness. The idea that invisible microbes cause many deadly diseases and that we must always keep a safe distance from them is ubiquitous today. It was not so a century ago. In India and elsewhere, the concept entered public consciousness only after relentless health education through films and other forms of mass communication.

In one striking scene in Dushman, the protagonist (Mohan) sits despondent in a restaurant having just learned of his diagnosis. He then overhears two men at a neighbouring table discuss how they must now eat only in clean restaurants to protect themselves from bimariyon ke keede, “bugs of the illnesses”. Mohan feels embarrassed at having visited such a public place despite his ailment. Then he spots a woman feeding water to a child using a glass. The protagonist slowly gets up, summons the waiter and asks where the glass he used has ended up. He is shown that all the used glasses have been dumped on the counter. In a dramatic gesture, he pushes all the glasses to the floor, thrusts some money into the hands of a confounded manager and leaves.

TB was, and is, a formidable enemy but the foremost public health enemy in the early and mid-1900s in India, accounting for almost a quarter of all deaths every year, was malaria. Observers used terrible superlatives to describe it, such as India’s ‘most fatal’ and ‘most devastating’ disease. The British Indian government was under immense pressure to reduce malaria incidence and mortality, and like all governments it went for the easiest as well as most lucrative solution: pharmaceuticals (instead of stopping the environmental damage that created breeding grounds for mosquitoes). A dedicated production and distribution policy ensured quinine, the anti-malaria drug, was supplied to the remotest corners of India.

In the timeless classic Achhut Kanya (1936), the heroine’s father owns a small shop where he also distributes quinine provided by the government. We see many villagers purchase the drug for a relative down with fever. In the film, the supply of quinine infuriates the local Ayurvedic physician, who is losing business. This antagonism between the practitioners of supposedly Western and non-Western/alternative medical systems awaits resolution even to this day.

The decades immediately preceding and succeeding independence were not exactly the best of times to be a vaid or a hakim, as the star of the Indian allopathic doctor was on the rise. Perhaps the most comprehensive film on medicine during this time was the Bengali/Hindi Doctor (1941). It is an epic story of the trials and tribulations of a father-son duo of physicians. The film features a gamut of India’s major health problems of the day: cholera, infant and maternal death, poor public hygiene and a mostly absent public healthcare infrastructure. This is coupled with interesting social insights, such as the doctor’s domestic help expressing displeasure at the ‘polluting’ dissection activities in the medical college.

More importantly, Doctor perhaps set the trend for characterising the Indian allopathic physician as a selfless (and often male) worker toiling for the nation and its people. This quixotic portrayal reached its acme in the prime of Nehruvian nation-building, when scientific wonders became the new temples of India. For almost a decade, actor Rajendra Kumar’s quintessentially selfless doctors ruled hearts as well as the box office with Chirag Kahaan Roshni Kahaan (1959), Dil Ek Mandir (1963) and Aman (1967), among others. The climax of Dil Ek Mandir features the construction of a large hospital resembling the medical temple of the time, the megalithic AIIMS in Delhi, built in 1956.

Also read: When India’s ‘National Doctor’ Was Denied Service By an American Restaurant

Movies thus tell us a lot about medicine and society of their period – but they also tell only a part of the story. For some obvious reasons, films also fall short of elaborating the social and political origins of ill health. One Dushman reviewer explained this cinematic shortcoming in the Bombay Chronicle in June 1939, in words that are relevant even today:

A film seriously dealing with tuberculosis would have to go deep into the social injustice of the present economic order – the real “Dushman” of the people. It would have realistic shots of city slums, of working conditIons in factories, it would have close-up (sic) of under-nourished children who are such an easy prey for T. B. germs. No, I don’t think New Theatres [which produced Dushman] – or any of the existing studios in India – will produce such a film. Even if produced, there is every likelihood that the censors will ban it.