The Bill was passed without amending the contentious clause that puts no legal obligation on the state if a patient is denied treatment. 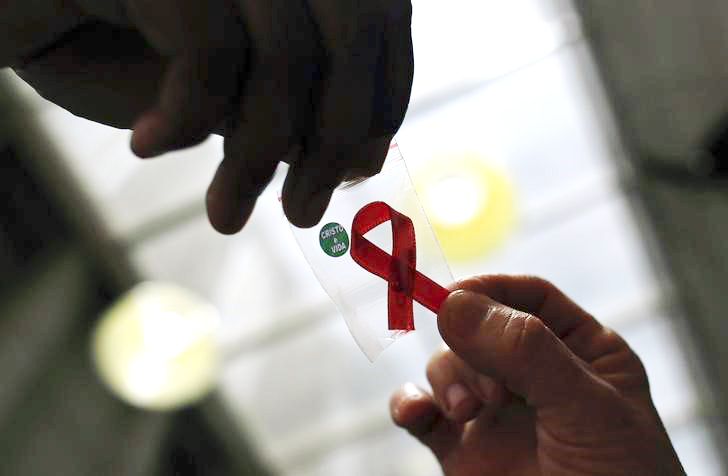 A nurse (L) hands out a red ribbon to a woman, to mark World Aids Day, at the entrance of Emilio Ribas Hospital, in Sao Paulo. REUTERS/Nacho Doce/Files

“As far as possible” is all the government is willing to commit in terms of providing treatment to those with HIV in India. The Human Immunodeficiency Virus and Acquired Immune Deficiency Syndrome (Prevention and Control) Bill, 2014, was passed in the Rajya Sabha on Tuesday without amendment of the contentious phrase in Clause 14 of the Bill. The Bill will impact the estimated 2.3 million people living with HIV and AIDS in the country, the third highest number in the world, with 64% of affected people lacking access to therapy.

“We raised the matter with minister [Jagat Prakash] Nadda in the lobby during the discussion. He was aware of the amendments but said that the matter might be pushed back to cabinet if MPs insisted on amending Clause 14. It was important that this Bill was definitely passed, so we decided not to push for an amendment and accept the assurance given by the minister instead,” said an MP involved in the debate.

On Tuesday, MPs across party lines raised concerns over the clause and moved amendments. But they later withdrew their amendments. In fact, Clause 14 was twice amended in an amendment moved by Nadda, but this particular phrase was left unchanged. The Union health minister instead gave a verbal assurance on the floor of the house.

“Nobody would be denied on any count,” Nadda said in the parliament.

“We don’t want verbal assurances,” said Paul Lhungdim of Delhi Network of Positive People. “We have been getting assurances for years, over emails or in discussion forums. The lack of a legal assurance here means the government does not have the political commitment.”

Seven MPs from the Congress, Communist Party of India, the All India Trinamool Congress, DMK and AIADMK raised concerns about Clause 14, many calling it an “escape route” and a “dilution” for the government to not provide treatment for all who need it. “If it remains there, it will defeat the very purpose of the Bill, and there is no point in passing this Bill and claiming that India has come out with a legislation,” said CPI MP D. Raja. The only MP speaking in support of the phrase was BJP MP Vikas Mahatme. “I don’t agree with that because the treatment for this is very, very costly, and you cannot say whatever is feasible,” he said.

Clause 13 and 14 pertain to the measures that the Center and state governments must take to prevent the spread of HIV or AIDS. They “shall be applicable to all persons and ensure their wide dissemination,” the Bill says.

Congress MP Jairam Ramesh pushed for a compromise, saying that if Nadda reiterates his assurance, the MPs would withdraw their amendments. To this, Nadda said, “Sir, I would again assure this house, and through this house the nation, that nobody will be denied antiretroviral therapy.”

Clause 14 was, in fact, amended twice. It was amended to include diagnostic facilities as one of the measures that state and central governments are required to provide and regulate. Previously the Bill had asked the government to only provide antiretroviral therapy and opportunistic infection management. In total, the Bill was amended 20 times, including Clause 14.

Health activists and HIV positive people have sought the deletion the term “as far as possible” since 2014 when the Bill was first tabled in the Rajya Sabha by then health minister Ghulam Nabi Azad. “It is extremely unfortunate that despite the overwhelming support for this was not pursued,” said Anand Grover of Lawyers Collective. “The phrase ‘as far as possible’ creates no legal obligation on the state if any patient is denied treatment. The success of war against HIV has been because of the free treatment available to PLHIVs. The people who are meant to be protected under the Bill have been betrayed by the lack of commitment on providing full treatment parliamentarians with a recorded history of stock outs and lack of access,” said Lawyers Collective in a statement.

The other issues raised by parliamentarians pertained to the ombudsman prescribed by the Bill. They said that no time frame has been prescribed for the ombudsman to act, no operational protocol has been detailed and the penalties for inaction were lacking. DMK MP Tiruchi Siva raised the point of a mismatch in punishments. Violating the confidentiality of HIV positive persons could mean imprisonment for upto two years and a fine of upto Rs 1 lakh. But if the ombudsman’s order is not complied with, the penalty is only Rs 10,000.

The Bill will now go to Lok Sabha for discussion.