Government-sponsored programmes like beating thalis, lighting candles and showering petals from the sky do nothing to change the fundamental socio-economic and political determinants of health. 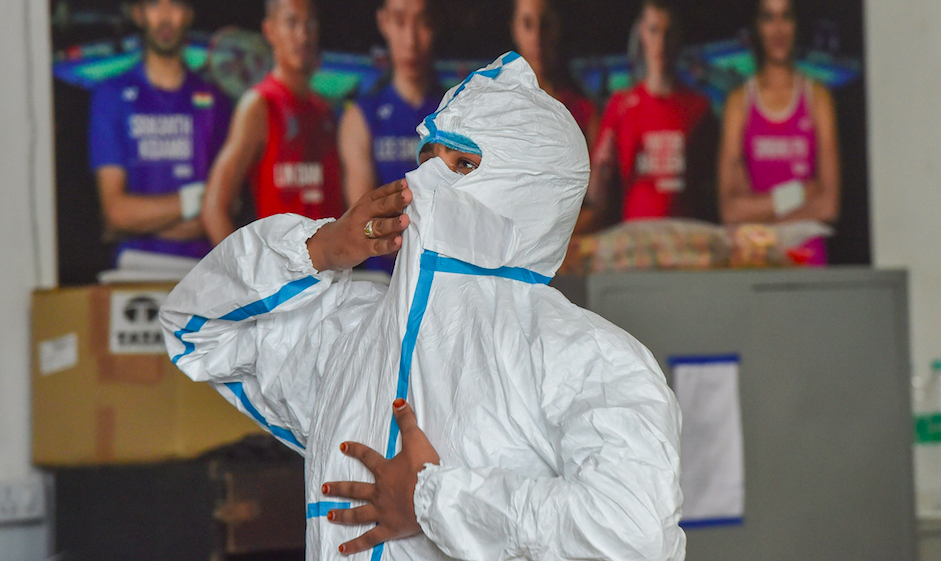 The COVID-19 pandemic has devastated many lives and livelihoods around the world, but in India, the challenges have perhaps been the most formidable to its health system and its workers. Prime Minister Narendra Modi underscored this when he announced a complete lockdown across the country on March 24 and said, “Think about the doctors, nurses, paramedical staff, pathologists who are working day and night in hospitals to save each and every life. Think about hospital administration staff, ambulance drivers, ward boys, sanitation workers who are working to serve others in these difficult condition.” He also asked for the people to pray for personnel engaged in the delivery of essential and emergency services (e.g. police, fire service, garbage collectors, etc.).

In fact, the Centre on April 21 launched a portal – at covidwarriors.gov.in – to maintain a database of healthcare professionals and volunteers, including ASHA workers and anganwadi workers, and claimed 1.24 crore such individuals were available in the country. The portal is meant to help local administrations and state governments tackle COVID-19. The number of infected and killed workers could be extrapolated from the COVID-19 positivity and fatality rates respectively. But these figures would be mere conjecture – not desirable substitutes for validated data.

A recent study in the UK and the US showed that healthcare workers’ risk of contracting COVID-19 could be three-times higher than that of the general population. Data collated by Amnesty International shows that, globally, over 3,000 healthcare workers (HCWs) have died from COVID-19 and that 63 countries – including India – are seriously short on PPE. In recent months many casualties among HCWs were sporadically reported from different cities of India. The Indian Medical Association (IMA) on August 9, told journalists that 196 doctors have died in the line of duty for treating patients of COVID-19. They appealed to the prime minister for help and extension of life insurance facilities to all the doctors. The information on COVID-19 fatalities among nurses is patchy. And practically no data about other HCWs and volunteers is available. The government ought to release data of death and disability among all HCWs. This is not to overlook contributions and sacrifices by people from other walks of life, particularly those engaged in the essential services during this pandemic.

One may recall that the IMA had threatened to go on strike amid the pandemic over stigmatisation, assaults, lack of safety and inadequate or inferior PPE. The strike was called off after meeting with Union home minister Amit Shah and health minister Harsh Vardhan, who both assured them of safety and security. So a large number of deaths among doctors pose serious questions over the adequacy of infection prevention and control measures in hospitals. The death of a doctor is a poor reflection of the facility where it happened. It necessitates a critical review of the hospital’s workplace environment and safety culture, where staff members are falling ill. It also has serious ramifications for non-COVID-19 patients because pre-symptomatic or asymptomatic HCWs could potential sources the virus.

Events of infection and deaths among HCWs, therefore, need to be audited across all private and public health facilities to  then locate deficiencies in the implementation of infection prevention and control protocols and their compliance. The lessons learned from these audits will help develop and implement corrective measures, minimising morbidity and mortality. This is extremely important because the WHO has warned that the pandemic is likely to go on for longer. The Delhi government audited its hospitals and, based on the findings, issued new guidelines for better care and treatment outcomes. However, an audit becomes more credible if performed by an independent third party and whose findings are subjected to independent peer review.

It is also appalling that HCWs have to wait for many months to get their salaries. An annoyed Delhi high court has castigated Delhi government and the municipal corporation and ordered them to pay salaries within 15 days. The Supreme Court had to issues two orders – first on June 17 and again on July 31 – directing the Centre to ensure timely payment of salaries to doctors and other HCWs, and ruled that the quarantine period can’t considered as leave. These orders may not necessarily and automatically evoke compliance and benefit HCWs in the private sector. Reports of protests by nurses against exploitative wages and sub-optimal working conditions bear testimony to their vulnerability. The situation of HCWs working on contracts is indeed the most precarious.

Government-sponsored programmes like beating thalis, lighting candles and showering petals from the sky to honour coronavirus HCWs create the emotive and surrealistic imagery of warriors standing on pedestals – but they do nothing to change the fundamental socio-economic and political determinants of health and equity. No wonder nobody is promising HCWs that their sacrifices will not go in vain.