Why Jaitley's plans for 3,000 generic drugs pharmacies, a revamped insurance plan and district level dialysis centres will not make a dent in India's gaping health deficit. 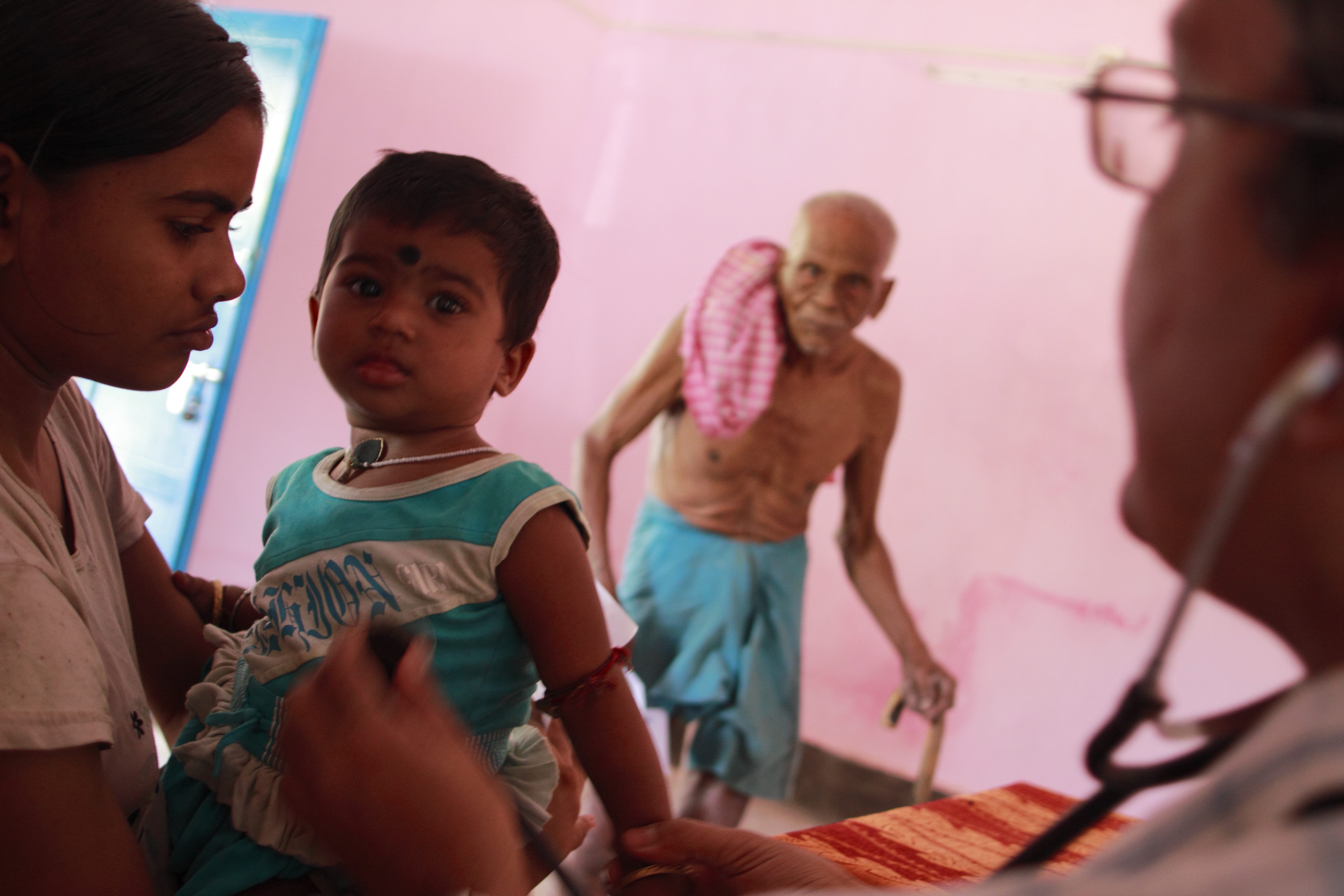 India spends a smaller proportion of its GDP on health than most countries in the world. Credit: Shome Basu

The millennium has seen some remarkable achievements in public health in India: significant declines in infant and maternal deaths, halting of the HIV/AIDS epidemic, eradication of poliomyelitis and near elimination of neonatal tetanus. What explains some of these achievements?  Clearly, these were linked to increased investments in public health. Based on recommendations of the National Health Policy (2002), budget allocations to the health sector progressively increased every year from 2005: between 2005 and 2010, budgetary allocations increased by 300%, from Rs 10,000 crores to Rs 30,000 crores. From 0.9% of total GDP, public health expenditures increased to about 1.3%. Most of these increased allocations went to the National Rural Health Mission that sought architectural corrections in India’s public health systems, and to especially support the lesser developed states. Not surprisingly, it is  these states which made the most significant advances.

However, the health status of India’s citizens continues to be bad. If you require any proof, here it is: the country continues to have the distinction of having the largest number of infant deaths, maternal deaths and tuberculosis cases in the world. Its public health systems are in disarray: about 15,000 doctor positions at primary health centres are lying vacant, and 4,000 out of 5,000 community health centres do not have even a single obstetrician. At 1.3% of GDP, India’s health sector also continues to be among the countries with the lowest relative public expenditure on healthcare; even Nepal spends a higher proportion. On the other hand, private sector facilities, largely in the specialist and super specialist segment, continue to grow and are recognised as one of the best in the world.

Losing sight of the real target

The Twelfth Five Year Plan and draft health policy 2015 committed the country to increase public expenditure on health to 2.5% of GDP.  This would have required an increase of 30-40% in the Union health budget every year, matched with increased allocations in the state budgets. Knowing that the fiscal space in some of the states with the poorest health status is likely to be the smallest, Union budgets would need to provide a large share. With an allocation of about Rs 33,000 crores – reflecting a token increase in health allocation of 13% over past year’s allocation (which was itself lower than the previous year) – the finance ministry neither allocates the required funds nor provides an indication of the government’s commitment. The only consolation one can draw from Arun Jaitley’s latest budget is that the allocations could have been even lower.

So how do we ever reach the elusive, but very conservative health policy target of 2.5% of GDP as the quantum of public expenditure on health to ensure that India’s public health systems are accessible, effective, equitable and responsive? I say conservative because most countries with whom India aspires to stand, such as BRICS, spend a much higher proportion of their GDP on health; ranging from 3.5% to 8.5%. Pubic health expenditure keeps their people healthy: healthy people in turn fuel their economy.  If we are not able to have a quantum increase in health allocations, India’s health systems will remain ailing, and large numbers of its citizens, who cannot afford expensive private healthcare, will remain diseased and undernourished.

Another announcement in the budget is that of opening 3,000 government-run pharmacies aimed at increasing people’s access to cheaper drugs, and thus reducing out of pocket expenditure on healthcare. While the intention is laudable, the problem is that India has about 850,000 pharmacies which sell branded drugs, at a high rate, making it difficult for poor families to access cheaper drugs. The proposed 3,000 generic drug stores will constitute less than 1% of the total pharmacies, and will have a negligible impact on the public’s access to cheap drugs. The alternative solution – of ensuring availability of generic drugs in all government-run primary health centres, as in Tamil Nadu and Rajasthan – would have led to significantly increased access of free generic drugs to the poorest populations. We know from these two states that when governments procure and supply generic drugs, they make huge savings, require very little additional funds, and significantly increase the utilisation of public health facilities in the poorest areas.

One specific but surprising announcement in the budget was on the opening up of dialysis centres in district hospitals across the country. Neither the 2002 National Health Policy nor the 2015 identify end stage renal disease as a priority, nor does the illness feature in the top ten causes of adult deaths; hence the surprise. In a country with limited resources like India, any new health intervention funded by the state needs to be backed by evidence on the high prevalence of the disease being addressed, its impact on reduction of mortality and a justification of cost of the intervention to address the disease against its effectiveness; and all of these need to be measured against other competing options. Another significant criterion that the state must apply is the externality its intervention generates – i.e. the impact of the intervention on others besides the patient herself. For example, when you treat a tuberculosis patient, there is a benefit external to the person being treated: you also prevent many others from getting infected by this patient. In view of the many competing priorities for limited health care resources, end stage kidney disease does not fit the criteria of high contribution to mortality and high externality, and there is no evidence on the effectiveness of adding dialysis centres in district hospitals to address the condition.

On the other hand, competing options for investments would be diseases with much higher prevalence and mortality such as TB, which remains one of the major causes of adult mortality, and, with emergence of multi drug resistance in India, becoming increasingly difficult to control. Even if one considers end stage renal disease as a significant problem, prevention and management of hypertension and diabetes, which are major causes of this condition, would appear a much more sensible and cost effective option than setting up dialysis centres.  In such a scenario, the specific announcement in the budget comes as a surprise, and makes one suspect the intention behind such a move.

Finally, the finance minister announced a health insurance scheme that would cover poor and economically weak families for catastrophic health expenditures. Though more details are not available, the insurance scheme (the Rashtriya Swasthya Suraksha Yojana) is a modification of the existing Rashtriya Swasthya Bima Yojana (RSBY), with the annual limit increased from Rs 30,000 per family to Rs 100,000, and an additional top up of Rs 30,000 for senior citizens. Even with the lower reimbursements as in RSBY, David Dror and colleagues estimate that to enrol all the BPL families in the country would cost anywhere from Rs 2,460-3,350 crore. With the reimbursement limit now hiked to to Rs 100,000, the budgetary allocations required would be substantially higher.  What we have in the budget is Rs 1,500 crore, which is not sufficient to enrol or continue enrolment of half of the BPL households even under the current scheme.

Our health systems are suffering from a deep wound. The wound requires urgent surgery, not the placing of another Band-Aid.