Government's New Health Insurance Scheme Should Be Based on Evidence, Transparency The recently announced Ayushman Bharat National Health Protection Mission (NHPM) is reported to be the largest government-sponsored insurance scheme in the world, with a target population of 500 million citizens (although, in actual fact, China’s New Rural Cooperative Medical Scheme aims to cover 800 million). To put this into perspective, the scheme will cover a population ten times that covered under Obamacare in the US, with less than a hundredth of the budget.

Estimated to cost $1.7 billion annually, the scheme will cover approximately 1,500 secondary and tertiary care procedures for those that meet the eligibility criteria. The responsibility for financing the scheme will be shared between the Central and the state governments, where purchasing would occur either through a state-run trust fund or a market-driven tendering process, though it is unclear how this will work in practice as of yet. The states will be given flexibility over the financial administration of the scheme, choice of care providers and means of purchasing and procurement.

This ‘National Health Protection Scheme’ (NHPS) is a big-ticket item on the Indian political agenda.

With limitless demands upon the budget, how will the government maximise value to ensure the most health is bought for every rupee spent? The answer lies in using available evidence and a well-governed, inclusive, transparent and fair process to set the right priorities and bridge the divide between the policy, academic, clinical and industry communities to bolster the Indian health system.

The Indian government can strengthen the design and implementation of this scheme by drawing from local initiatives such as the DHR’s Health Technology Assessment board, the MOHFW’s Standard Treatment Guidelines programme, the National Accreditation Board for Hospitals and Healthcare and nascent digital information capture systems.

Competing demands require the explicit definition of what will and will not be covered under NHPS, as the budget can only stretch so far, so getting the best bang for the buck is important. When defining the NHPS package, those involved should look to the evidence for where the most value for money can be gained and target those interventions. There are low-cost interventions that can deliver big results, such as vaccines, some high-cost interventions that deliver little gain, and the rest that fall somewhere in the middle.

Some international best practice suggests that one should first identify those ‘low hanging fruit’ and ensure that they are adequately covered in the package. Those interventions that have been found to be bad value for money in other similar contexts should also be excluded from the package. In addition, all efforts should be made to identify local data to support claims of where the government can get the best value, and importantly, what is feasible in terms of implementation.

It is also important to remember that low cost does not necessarily mean cost effective – if an intervention is cheap but does not work, it is still a waste of money. Every misspent rupee adds up quickly when multiplied by 500 million.

To ensure the package is good value for money, the NHPM will significantly benefit from developing an allied relationship with the Department of Health Research (DHR). The DHR has established HTAIn – a body charged with the responsibility of conducting health technology assessment to produce evidence regarding the cost-effectiveness, or value for money, of health interventions to inform resource allocation decisions. The HTAIn can play a unique and important role in informing and updating the list of services provided under the NHPM to ensure maximum value of expenditure under this programme.

The package of care covered under the UK’s National Health Service operates in a similar manner, utilising the evidence on the cost-effectiveness of interventions produced by an autonomous government-funded institution, the National Institute of Health and Care Excellence, to inform decisions regarding what should and should not be covered by government spending in the health sector.

Similarly, studies conducted by the Health Intervention Technology Assessment Program (HITAP) of Thailand inform coverage decisions under the Thai Universal Health Coverage Scheme. In fact, this kind of explicit cost-effectiveness evidence is used in almost all high-income and most middle-income countries for this purpose. There is a huge value to be gained from the evidence generated by the HTAIn to ensure that every rupee spent, including that on the NHPM, is buying the most health possible for the money.

Effective implementation of the NHPM will require robust governance processes. The tragedy in Gorakhpur, in which several children died because of lack of oxygen is still fresh in the minds of both the Indian and global health community. As the private sector will be one of the leading beneficiaries of this scheme, public-private partnerships must be carefully regulated and closely monitored if such tragedies are to be avoided in future.

Insurance fraud is also fast becoming the primary concern of state health leaders, and with good reason – there were many reports of profiteering clinicians carrying out unnecessary procedures under RSBY. A 2010 WHO analysis estimated that up to 40% of health spending globally is wasted, with insurance fraud being a high contributor. 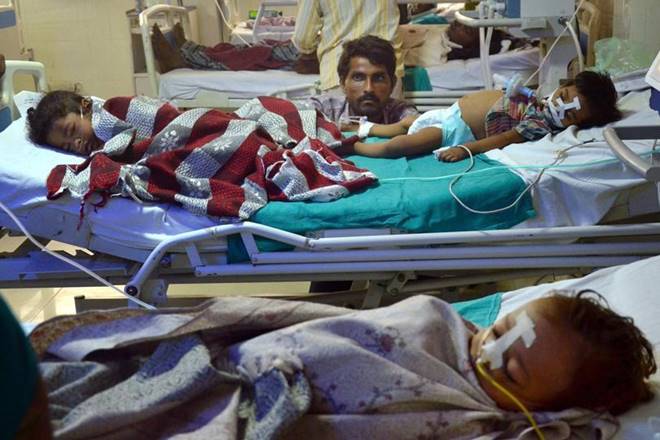 The existing National Accreditation Board for Hospitals and Healthcare Providers could provide a foundation for scaling-up accreditation of providers through regular auditing and performance review to improve quality and accountability for care. This could be made a necessary requirement of provider empanelment under NHPM to improve quality of care and reduce fraudulent claims.

The introduction of strong information systems for comprehensive digital data capture, as proposed by the NITI Aayog’s digital strategy, will also be important in capturing data that can enhance accountability and improve governance, opening the possibility for utilisation of next-generation finance technology such as blockchain. Accountability for the quality of care can also be linked to health financing through building quality criteria into the procurement, reimbursement and appraisal processes.

A weakness of the previous publicly financed health insurance schemes has been the lack of regulation for the demand-side cost sharing by private providers. As a result, despite having agreed to provide care based on a package, private providers charged the balance bill to patients. This practice needs to stop through appropriately designed package rates determined by robust costing studies, as well as effective monitoring mechanisms during implementation. The NHPM could be strengthened by moving away from traditional demand-side cost sharing to supply-side cost sharing, where the private providers will need to adjust to the new strategic purchasing mechanisms.

In the long-term, evidence-informed Standard Treatment Guidelines (STGs) and quality standards such as those under MHFW could be built into the reimbursement process to ensure that all care is delivered according to evidence-based best practice. The state governments may also be empowered to withhold reimbursement funds if a service is deemed inappropriate or of insufficient quality when compared to those accredited STG’s and/or evidence-based care pathways. These efforts could be expanded to form a mandatory component of the provision and assessment of healthcare in the country to ensure that care is not only made available to all citizens of India but that they are able to access high-quality care.

Finally, credibility, buy-in and uptake of the scheme could be enhanced by involving the stakeholder community in the process. It is widely accepted that the policy process benefits from being inclusive and multi-disciplinary to ensure that policies adequately represent societal values and incorporate multiple views through different lenses.

Having the medical community involved in the process of policy development and decision making increases the buy-in from the clinical community by enhancing the credibility of the process. It is also standard practice in many countries around the world to invite active participation by civil society throughout policy development. This also goes some way to ensuring that decisions are fair, equitable and ethical.

India has a particularly complex human landscape to traverse, with many people divided among political, religious, caste, socio-economic status and gender divides. As the economy of the country continues to grow, so too does the inequity between different divides, such as between rich and poor, and men and women, as evidenced through India’s falling rank in the Human Development Index over recent years.

The NHPM brings with it a unique opportunity to reach all 500 million proposed beneficiaries, bridging those economic, gender and social divides, and reducing the inequity between different groups of people. Gender-forward policies would also be of particular importance to enhance the significant health gains made for women in India over the last three decades. Advancing gender equality drives forward gains not only in health but also in education, employment and livelihoods for entire communities.

The emergence of this health insurance scheme is a welcome development as it brings health to the forefront of the political arena and mainstream public discourse. The success of decisions regarding the health of the nation will largely hinge on ensuring that the services prioritised under the scheme are evidence-based, well-governed, transparent and inclusive.