Peter Gøtzsche is one of the founding members of the Cochrane Collaboration, and has been disillusioned with it for quite some time. 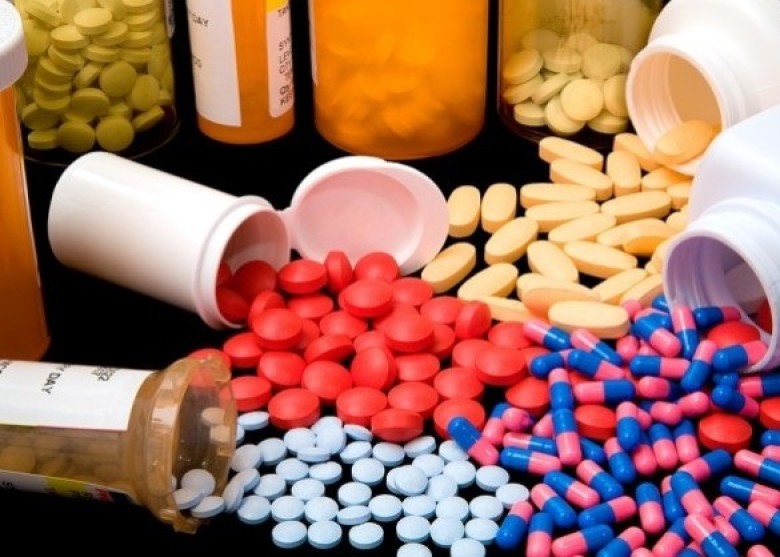 A controversy has been quietly rocking the world of public health the last few months. In September, the Cochrane Collaboration expelled Peter Gøtzsche from its governing board and as director of its regional centre in Denmark.

Cochrane is a well-regarded ‘research synthesis’ organisation. Its members and contributors evaluate existing research on the effectiveness of healthcare interventions using sophisticated epidemiological and statistical methods. According to their website, Cochrane has 37,000 contributors from more than 130 countries who “work together to produce credible, accessible health information that is free from commercial sponsorship and other conflicts of interest.” These contributors include several hundred from India, such as from Cochrane’s South Asian centre in Vellore.

Gøtzsche is one of the founding members of the organisation, and he has been disillusioned with it for quite some time. In a blog post published on November 8 in the British Medical Journal, he wrote that the Cochrane Collaboration is no longer a ‘collaboration’:

Academic freedom has gone, scientific debates are unwelcome, and transparency is a thing of the past. Cochrane’s public statements deny this, but I am a witness on the inside… Eighteen months ago, I was elected to Cochrane’s Governing Board with the most votes of the 11 candidates. My aim was to stop the rot—what I saw as a moral slide—and I challenged the leadership on core issues and on the way it was managing.

Gøtzsche courted controversy by criticising a May 2018 review authored by some of his Cochrane colleagues. The review attempted to answer the following questions: Does the human papillomavirus (HPV) vaccination prevent the development of cervical pre-cancer or cancer? And what are the harms?

Also read: The Flu Vaccine Is Being Oversold – It’s Not That Effective

It concluded that “there is high‐certainty evidence that HPV vaccines protect against cervical pre-cancer” and that “longer‐term follow‐up is needed to assess the impact on cervical cancer.” In July, Gøtzsche (with Lars Jørgensen and Tom Jefferson) published a critique of this Cochrane review and described it as incomplete and biased, mainly because – according to the critics – it excluded some crucial and eligible trials and because one of the authors had a significant conflict of interest. Two months later, the governing board terminated Gøtzsche’s Cochrane membership. The board members stated that the termination was the result of a “sustained pattern of disruptive and inappropriate behaviours, over a number of years, which undermined Cochrane’s collaborative culture and were detrimental to the charity’s work, reputation and members.” 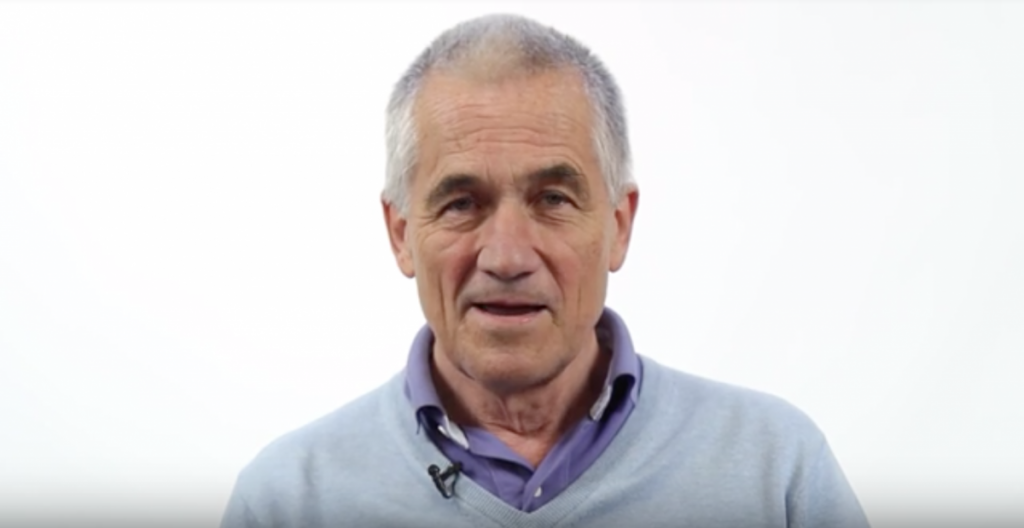 Though many commentaries on Gøtzsche’s expulsion have focused on Cochrane’s HPV vaccine review, it appears from publicly available documents that there was no love lost between the management and Gøtzsche. The review may simply have been the last straw in a series of high-profile disagreements, especially with CEO Mark Wilson. Gøtzsche asserts that the respected organisation he helped found and build has become plagued by a “top-down authoritarian culture and an increasingly commercial business model” that “threaten its scientific, moral and social objectives.” He believes the organisation today is not doing science as well as it should be, or even as well as it used to. To better understand these sentiments, it helps to know more about the roots of the Cochrane Collaboration.

In 1972, a British doctor Archibald Cochrane wrote a book titled Effectiveness and Efficiency: Random Reflections on Health Services. It had a great influence on ideas about decision-making in medicine and public health. Archibald was concerned with discrepancies in the “input and output” of his country’s healthcare system. Were the treatments then in use effective and efficient in terms of the overall population health being achieved? He, and many others, believed that extant data and evaluation methods did not provide good answers but that the then-novel method of randomised controlled trials (RCTs) was promising:

The main job of medical administrators is to make choices between alternatives. For that they must have accurate comparable data about the benefit and cost of the alternatives. These can really only be obtained by an adequately costed RCT.

Today, we understand these and related ideas under the rubric of ‘evidence-based medicine’ (EBM), and the Cochrane Collaboration has been at the forefront of EBM since its founding in 1993. Gøtzsche’s association with the organisation dates back to this time.

Trish Greenhalgh, a professor of primary care health sciences at Oxford University, neatly summarised the Gøtzsche-Cochrane affair as one involving “both philosophical (relating to the nature of facts) and political (relating to organisational governance)” issues. As for Cochrane’s governance, many observers share Gøtzsche’s concerns. Hilda Bastian, another founding member of the collaboration, says that she “finally parted ways with the Cochrane Collaboration in 2012, because of the commercialisation, open access issues, and the strategic direction it chose.”

Indeed, it was both surprising and disappointing to see that the ‘About’ section of their swanky website makes Cochrane appear more like a corporate company offering bland “evidence products” and “evidence services” rather than a vibrant, cooperative group of scientists, doctors and citizens producing highly sought-after knowledge. There are also serious issues with Cochrane allowing persons with conflicts of interest to author its reviews. Its policy states, “For conflicts other than those related to direct employment, review funding and the holding of patents, there must be a majority of non-conflicted authors for any particular review and the lead author must have no conflicts.”

It means that among five researchers who might be reviewing the efficacy of an anticoagulant drug, two can harbour conflicts of interest if the other three don’t.

As for the philosophical aspects of the Cochrane-Gøtzsche affair: Many of us have wondered why different doctors hardly give the same advice even if the patient and the medical issues are the same. Something similar happens at the level of population health: various national governments trust and implement different recommendations about, say, the permissible levels of pollutants in the air to ensure optimal outcomes for its citizens.

Indeed there are multiple answers to most questions of medical and public health approaches, some more reliable and helpful than others. In the time of Archibald Cochrane, RCTs were considered the surest road to highly reliable answers. Later, researchers cemented it with sophisticated ways of analysing and collating RCTs, such as systematic reviews and meta-analyses.

However, health professionals don’t always consider these studies and their conclusions to be definitive due to many inherent limitations. Historians of medicine have shown how, on some occasions, doctors have completely rejected the conclusions of rigorously conducted studies and reviews. Disagreements sometimes descend into feuds, and the Gøtzsche-Cochrane affair was perhaps a feud-in-waiting. For many years, Gøtzsche has publicly criticised the practices of other doctors and the findings of many studies, like those on breast-cancer screening. He is also known for his strong views on the matter of psychiatric medications. (In 2015, the Cochrane administration issued a public statement distancing itself from his opinions.)

Thoughtful and well-intentioned experts often disagree on how best to study the true effectiveness of medical treatments and interpret the results. In such cases, it is difficult to know which side is right (or less wrong). For many observers, the Cochrane-Gøtzsche affair has been extremely challenging to wrap around. For example, while Bastian agrees with Gøtzsche‘s concerns about Cochrane’s management and how that could adversely affect their research, she disagrees over what she considers an unnecessary “warrior culture” in a collaborative effort. “How much collaboration can there be among people who denigrate each other’s motivations and work?”

Also read: The Ethical Guidelines of Biomedical Research In India

On the other hand, R. Srivatsan, a senior health systems researcher, worries that Cochrane might be irredeemable now. In a review for the Indian Journal of Medical Ethics, he wrote, “Perhaps we need to strengthen models of local knowledge and sharing of insights, depending on ethical critics like Gøtzsche and colleagues, to find ways to survive this unhealthy regime of healthcare.”

David Jones, a historian of medicine at Harvard University, who has extensively studied RCTs and medical decision-making, is not that cynical. “The Cochrane Collaboration has made major contributions to medical knowledge since 1993,” he said. “Gøtzsche’s critiques must be taken seriously, but it will hopefully be possible to implement the necessary reforms and get the group back on track.”

In sum, it seems Gøtzsche could be more patient with and respectful of opinions that counter his, but also that the Cochrane administration worsened the tensions between him and them by expelling one of the collaboration’s founding members. It is crucial for Cochrane to take the right steps now because there is much at stake, including – as health journalist and writer Ray Moynihan wrote – “the future of reliable trustworthy evidence in a world of increasing falsity and fake news.”