After Gorakhpur, 49 Children Die in Farrukhabad Hospital in 30 Days Due to Lack of Oxygen

While the initial report by the district magistrate has blamed oxygen shortage, the hospital authorities are putting the onus on issues ranging from children being born prematurely to mothers not being aware of health issues. 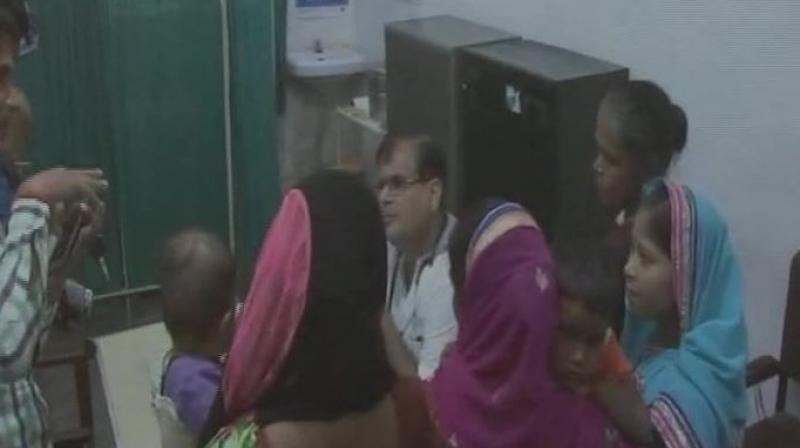 New Delhi: The case of the Farrukhabad hospital is similar to that of Gorakhpur where the district magistrate’s initial report stated that children had died in the BRD Medical College due to a shortage of oxygen. The city magistrate and sub-divisional magistrate of Farrukhabad reported the same issue, that 49 children died over 30 days in the Ram Manohar Lohia District Hospital due to lack of oxygen.

However, the hospital and government has different explanations for this.

According to Hindustan Times, the hospital authorities are blaming the deaths on issues ranging from children being born prematurely, being underweight and mothers not being aware of health issues to infants not being brought to the hospital on time.

Dr Kailash Kumar, who is in charge of the Sick Newborn Care Unit (SNCU), told Hindustan Times, “Mortality in such children is quite high. Often we get children who weigh less than a kilo or two kilos.” The story also quotes Dr Archana, who said that the mothers “are not educated, not aware. Their children have water or blood deficiency but they will not come to know unless the issue becomes complicated.”

Speaking to ANI News, the doctor in charge of the babies at the Farrukhabad district hospital, said that they did die due to breathing difficulties but it was not due to a shortage of oxygen in the hospital. He wrote off the deaths as being due to natural causes, where infants, especially those born prematurely, do experience difficulty in breathing.

According to PTI, of the 468 deliveries that took place in the 30-day period at the hospital, 19 babies were still-born and 30 deaths were in the SNCU. NDTV also reports officials as saying that 19 of the children were, in fact, still-born.

The office of chief minister Adityanath said on September 3 that a team from the government would investigate the factual and technical aspects of the incident to deduce the reasons behind the deaths of the children.

Three doctors, including the chief medical officer, medical superintendent and another staff member, have been named in the police FIR. The FIR cites Sections 176, 188 and 304 of the Indian Penal Code.

The incident is similar to the Gorakhpur tragedy where 23 children died on a single day in the district’s main government hospital. In Gorakhpur too, the administration repeatedly denied that oxygen had anything to do with the deaths and said that the children had instead died of natural causes like premature births or diseases like encephalitis.