From National Capital to Mosquito Metropolis, How Delhi Built Itself an Epidemic

As India embarks on its biggest urban expansion yet, dengue prevention at construction sites must become an urgent priority in the years ahead. 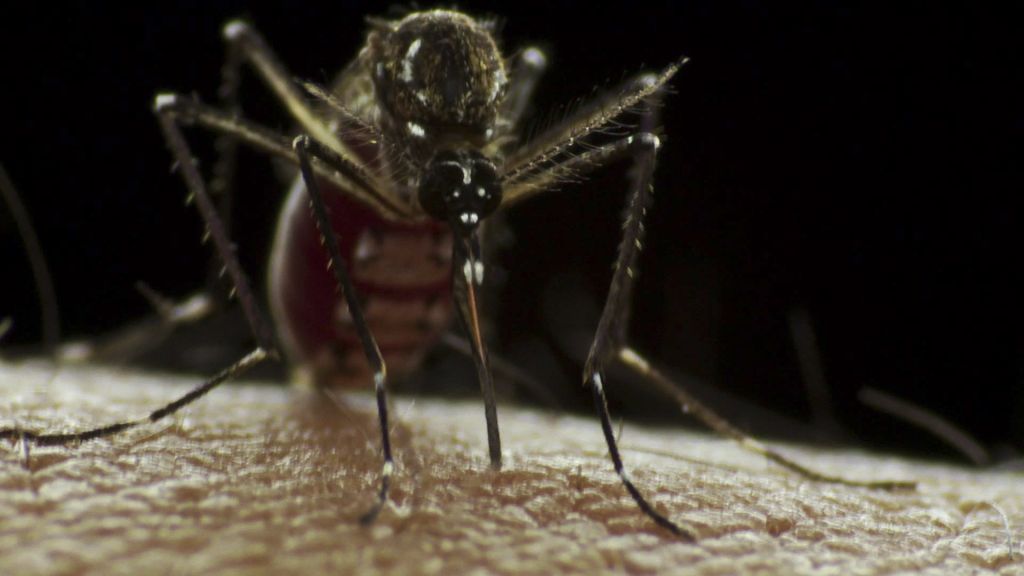 Paras Tierea is a massive residential complex in Sector-137, Noida. Landscaped “sky gardens,” earthquake protection and proximity to the Noida Expressway are among the desirable features of their apartments, advertised as “dream homes.” But Paras Tierea has been under a cloud of late. It made the news when several residents came down with dengue fever during the recent outbreak, the worst Delhi has experienced. Two people died. A construction area in Paras Tierea is believed to be the source for Aedes mosquitoes which transmit the dengue virus. Of the 28 buildings within the complex some are still under construction. Residents says water-logging at the construction site has created breeding grounds for mosquitoes, a charge the builder has denied.

Construction sites are notorious dengue hot spots. A combination of debris, stored water and leaky pipes conspire to create an ideal habitat for the Aedes mosquitoes. Dr. Pratit Samdani, a physician based in Mumbai, treats several construction-related cases every year during dengue season. “Sometimes entire families are infected,” he says. Large clusters of cases are commonplace around construction sites, which are listed as high risk for dengue transmission by the National Vector Borne Disease Control Programme. Delhi is no stranger to construction-related dengue. The last big outbreak with over 6000 cases was caused by frenetic building activity right before the Commonwealth Games in 2010. But with over 10,000 cases, the current outbreak appears to be of a different order of magnitude. In the last decade, Delhi has experienced a historic building boom. The Delhi Metro, the Yamuna Expressway and the new international airport were either built or expanded during this period. The growth of satellite cities like Gurgaon and Noida and more recently Faridabad and Ghaziabad have made the National Capital Region the second largest metropolitan area in the world after Tokyo. The population of Delhi grew by 40% in the last 10 years and stands at 25 million.   According to the latest UN report on urbanisation, Delhi will have a population of 36 million by 2030, and will be on track to eclipse Tokyo as the world’s biggest mega city.

Delhi’s reinvention has taken a toll on its health. It has the world’s worst air quality and chronic respiratory disease is pervasive. In winter, the air is choked with minute pollutants (known as particulate matter) that are in no small part due to “killer dust” from construction sites and cement factories as well as smoke from brick kilns. With dengue, the connection is less obvious but no less insidious. Apart from construction sites which create breeding places for mosquitoes, the density of population in the metropolitan area ensures the rapid spread of the virus. “Urban centers are the breeding ground of epidemic dengue,” writes Dr. Duane J. Gubler, an international expert on the disease at the University of Hawai’i.

Dr. Brij Kishore Tyagi, former head of the Center for Research in Medical Entomology, Madurai, observed this phenomenon a decade ago in Kerala. The Asian Tiger Mosquito (Aedes albopictus) migrated out of the Western Ghats and began causing epidemic dengue in metropolitan areas like Thiruvananthapuram and Ernakulam. The forest-dwelling Aedes mosquito had no previous history of spreading the disease. “Within our own lifetime we have seen [how] some mosquitoes that were not good transmitters in due course developed habits to spread the disease,” says Tyagi, adding: “We have overburdened our urban areas and construction activity has created more breeding spaces for the mosquito.”

A team from the National Institute of Malaria Research conducted a study in Delhi recently that sheds light on how this process takes place.

They found that curing tanks, common at construction sites, along with overhead tanks, are a critical link in dengue transmission because they act as “mother foci” during the off-season. The tanks ensure that Aedes have a spot to breed undisturbed throughout the year. Right after the monsoon, the resurgent mosquitoes migrate out of the tanks to smaller containers like plastic cups or discarded tires. In the International Journal of Mosquito Research, Kumar Vikram et al. write that keeping these tanks larvae-free in the off-season “could help in controlling the sudden upsurge of dengue in a densely populated city like Delhi.” Dengue prevention, which includes the inspection of construction sites, should start in July and continue into the monsoon.  But the fiasco over municipal funding in Delhi shows that these measures may have fallen a victim to petty politics early in the season. Squabbling between the Delhi government and municipalities prevented the release of Rs. 81.5 crore earmarked for dengue and malaria control. The Delhi High Court stepped into the fray after a lawsuit was filed and the first instalment was finally released on September 17. Soon after, Lt. Governor Najeeb Jung visited four Delhi Metro construction sites to check on potential breeding spots but by then hospitals were already overflowing with dengue patients.

Fogging is not the answer

While the government may have cracked down on showcase sites like the Delhi Metro, it is not clear if the urgency is trickling down to private builders putting up high rises on the outer edges of the city. Contractors in India follow outdated methods of mosquito control and routine fogging in the evening is a common sight at construction sites. But sprayed insecticides are largely ineffective because the mosquitoes quickly develop resistance to the chemicals. The only scenario under which the WHO recommends the practice is “space spraying” or indoor fogging during epidemics, because Aedes aegypti tends to rest inside homes. But despite the overwhelming evidence, fogging is remarkably popular in India because it “looks” effective. Prof. K. Srinath Reddy, President of the Public Health Foundation of India, was recently quoted in the Indian Express saying fogging gives people a “false sense of security.” Routine fogging is not harmless. The insecticide, pyrethrum aggravates respiratory illnesses common in Delhi and the diesel with which it is mixed adds to the toxic air quality. In the absence of a more pro-active strategy, however, fogging remains the mainstay at private construction sites.

The crisis in Delhi may force the government to examine successful strategies in other cities. After a bad outbreak last year, Mumbai got tough with contractors early in the season, handing them a 10-point agenda for mosquito control that covered a range of issues from water stagnation to the health of construction workers. In July, the city halted work on 32 sites where mosquitoes were found. Dr. Samdani, who raises awareness about dengue, suggests that builders should have a central role along with doctors and city officials in a multi-disciplinary approach towards curbing the disease. “Just as healthcare professionals must keep up-to-date on diseases developing drug resistance, those caring for our cities – civic authorities, town planners and builders – need to stay on top of developments,” he writes in a post for the website, Break Dengue. A Gravitrap placed in an apartment complex in Singapore

Singapore’s engagement with builders is a model for other cities. The National Environment Agency actively collaborates with contractors to follow a WHO-recommended strategy of “larval source reduction,” based on the common-sense observation that it is easier to destroy larvae than to kill a flying mosquito. The NEA is especially strict about the use of anti-mosquito oil, making sure it is applied regularly. A detailed online guide lays out all the possible spots at a construction site where the oil should be used. The oil is petroleum-based but does not contain insecticide and works by cutting off oxygen to mosquito larvae.

More recently, contractors have begun using the Gravitrap, a cylindrical container with a sticky inner surface that attracts and traps egg-laying mosquitoes. These strategies have helped Singapore minimise the used of fogging. “Singapore’s vector control shows the importance of engaging large construction companies…social responsibility in the business sector will remain a critical prerequisite for the success of public health interventions,” writes Minako Jen Yoshikawa, a Kyoto University infectious diseases expert, who observed the rigorous inspections by NEA officers at a construction site.

Delhi’s building boom has cooled off a bit but only temporarily. Beyond Noida is a place called Dadri, which hit the headlines recently when a mob attacked and killed a Muslim man for allegedly eating beef. A provincial backwater, the town is ironically at the forefront of the next wave of urbanisation. Dadri is at the northern-most tip of a freight railway line which will be the backbone of India’s most ambitious construction project yet, the $90 billion Delhi-Mumbai Industrial Corridor. The rail network will connect a series of manufacturing and trading hubs clustered around 24 new smart cities. The crown jewel is Dholera, Gujarat, which will be India’s first mega city built from scratch.  As India embarks on its biggest urban expansion yet, dengue prevention at construction sites must become an urgent priority in the years ahead.

Sribala Subramanian is a New York-based journalist who follows global health. She has written about dengue fever in Brazil, diabetes in South Asians and population genetics.  She was formerly a reporter for Time magazine.