Project Sammaan is testing solutions to questions of affordability, accessibility and long-term cleanliness of community toilets in the slums of Bhubaneswar and Cuttack.

The temporary public toilet for the Macchua Bazaar neighbourhood in Cuttack (a Project Sammaan toilet is under construction nearby). Credit: Gautam Patel 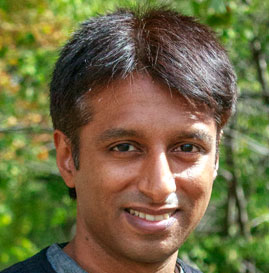 India’s urban sanitation management figures are troubling and tragic. India was ranked the worst for urban open defecation with an estimated 41 million openly defecating in urban India; a National Sample Survey Office (NSSO) survey reported over 60% of wards do not have systems for liquid-waste disposal; and there have been an estimated 1,300 deaths of sanitation workers at work in sewers or in septic tanks, because of a lack of protective wear.

There is an urgent and moral need for scalable urban sanitation facilities, networked to disposal systems and with regular maintenance in place so they don’t fall out of use. The size of our urban sanitation problem has a number of possible reasons, including what the poorest find unaffordable, the constraints of unplanned city expansion, and lack of operation systems in place for the long-term maintenance of community toilets. Abdul Latif Jameel Poverty Action Lab (J-PAL)-affiliated researchers have been using randomised evaluations to rigorously measure impact to inform scalable solutions. What they’ve learnt from Project Sammaan, a community sanitation innovation in Odisha, can potentially inform solutions for urban India.

India’s Swachh Bharat Mission urban dashboard shows over 300,000 new public and community toilets, and an important question is whether the poorest will find them affordable, accessible and kept clean enough to use in the long-term. Randomised evaluations completed in other countries provide lessons to inform solutions for India’s context. An evaluation in Bangladesh found that community motivation together with toilets made affordable— with a subsidy— increased the uptake. However, community motivation alone did not have an impact on uptake of toilets. A study in Indonesia had similar findings, where community motivation encouraged the non-poor to take up toilets, but for the poorest households the price was a barrier. Project Sammaan is testing solutions to these questions with urban communities in the slums of Bhubaneswar and Cuttack, where initially households did not have a nearby usable toilet.

In 2017, Project Sammaan, introduced community-managed toilets, led by the Bhubaneswar Municipal Corporation and Cuttack Municipal Corporation, along with donor, project and research partners. Sammaan means dignity, and the Sammaan toilets have good lighting and ventilation and additional facilities for washing clothes and bathing areas. The toilets have an elected community management committee, a paid caretaker and cleaner, and user fees are deposited in the committee’s bank account to sustain running the toilets.

J-PAL-affiliated researchers are studying the impact of Project Sammaan on toilet use and health outcomes, as well as documenting the process of the management operations, to inform how urban communal toilets can improve sanitation sustainably, in a way to preserve dignity. These photographs show some of our initial process learning after community managed toilets have been running for the first six months. 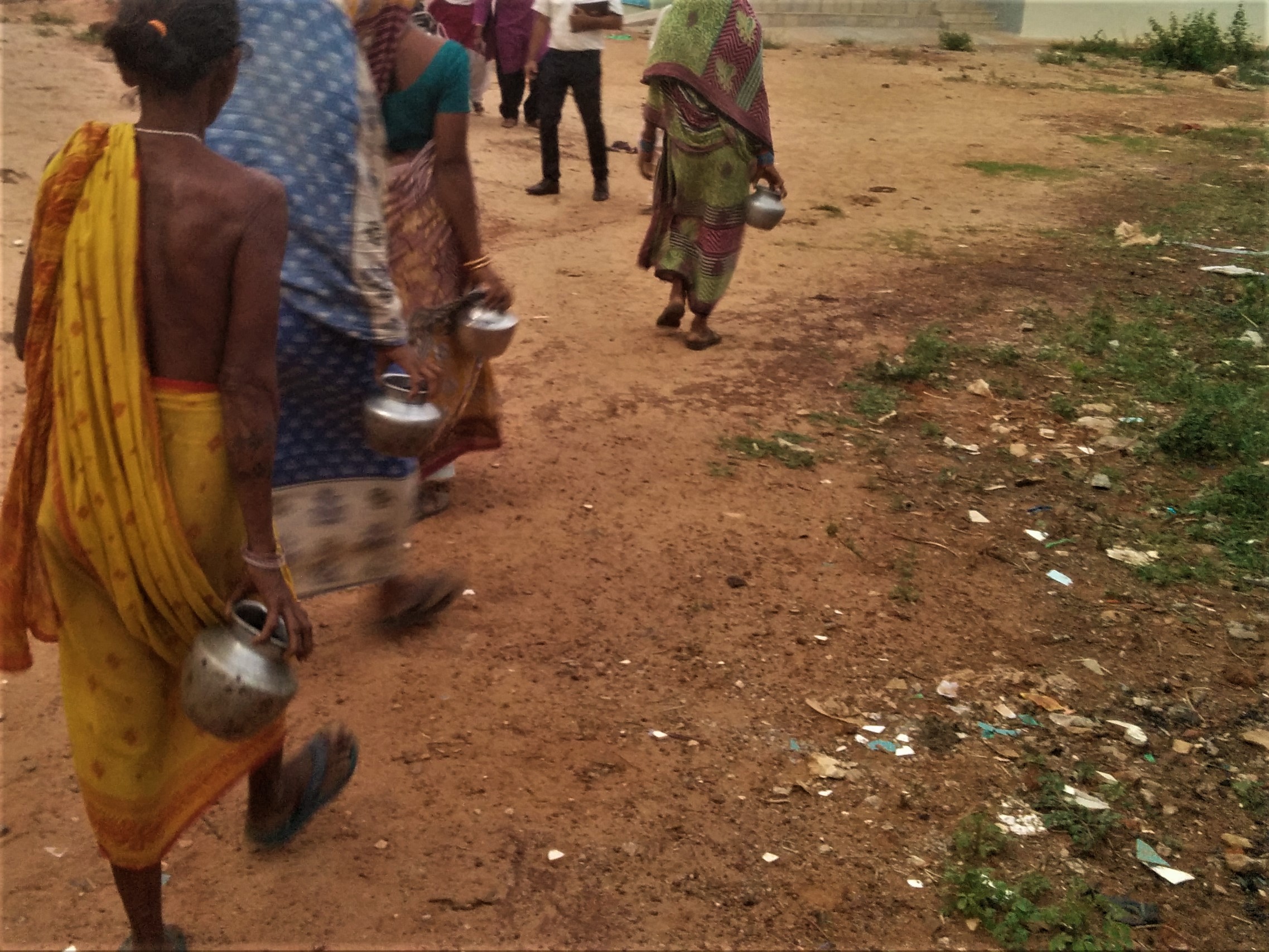 Project Sammaan is helping preserve dignity to some of the poorest urban areas of Bhubaneswar and Cuttack with regard to defecation.

An initial survey in slums of Bhubaneswar and Cuttack found almost 45% of households used public and community toilets. However, more than half of these toilets were dirty, and nearly a third of the households opted for open defecation. 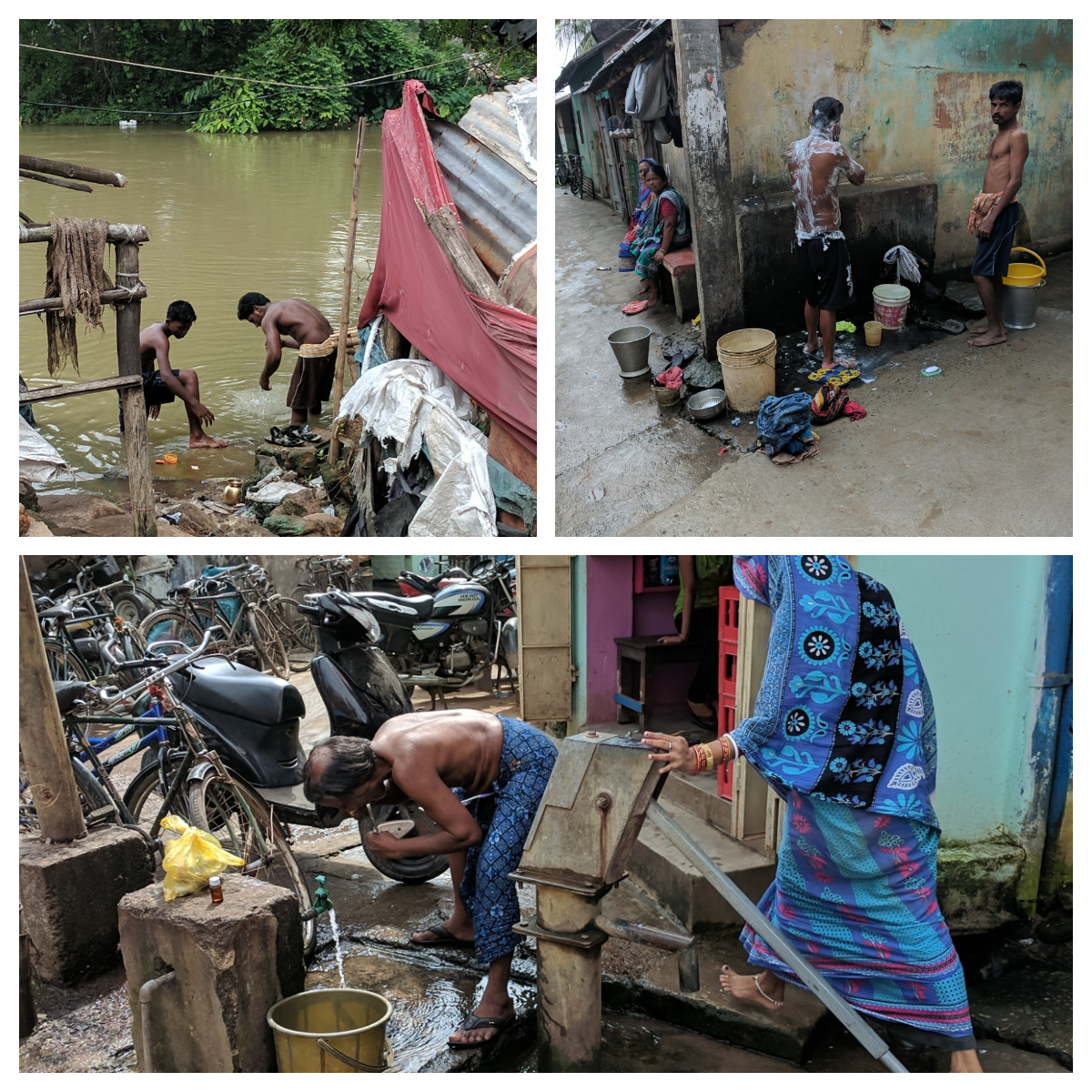 Men are seen bathing openly in the streets, or where neighbourhoods back on to canals, in full view of those living there and passing by. Women try to keep a distance and find less visible spaces, or times of darkness, for their sanitary needs. The access to sanitation facilities is troubled by lack of sewage systems; a 2015 NSSO survey of nearly 3,000 wards, reported over 40% of wards not having a sewer network for liquid waste disposal. The dense and unplanned buildings and narrow lanes mean constructing large community toilets and connecting to sewage lines is difficult, especially, in the poorest urban areas. 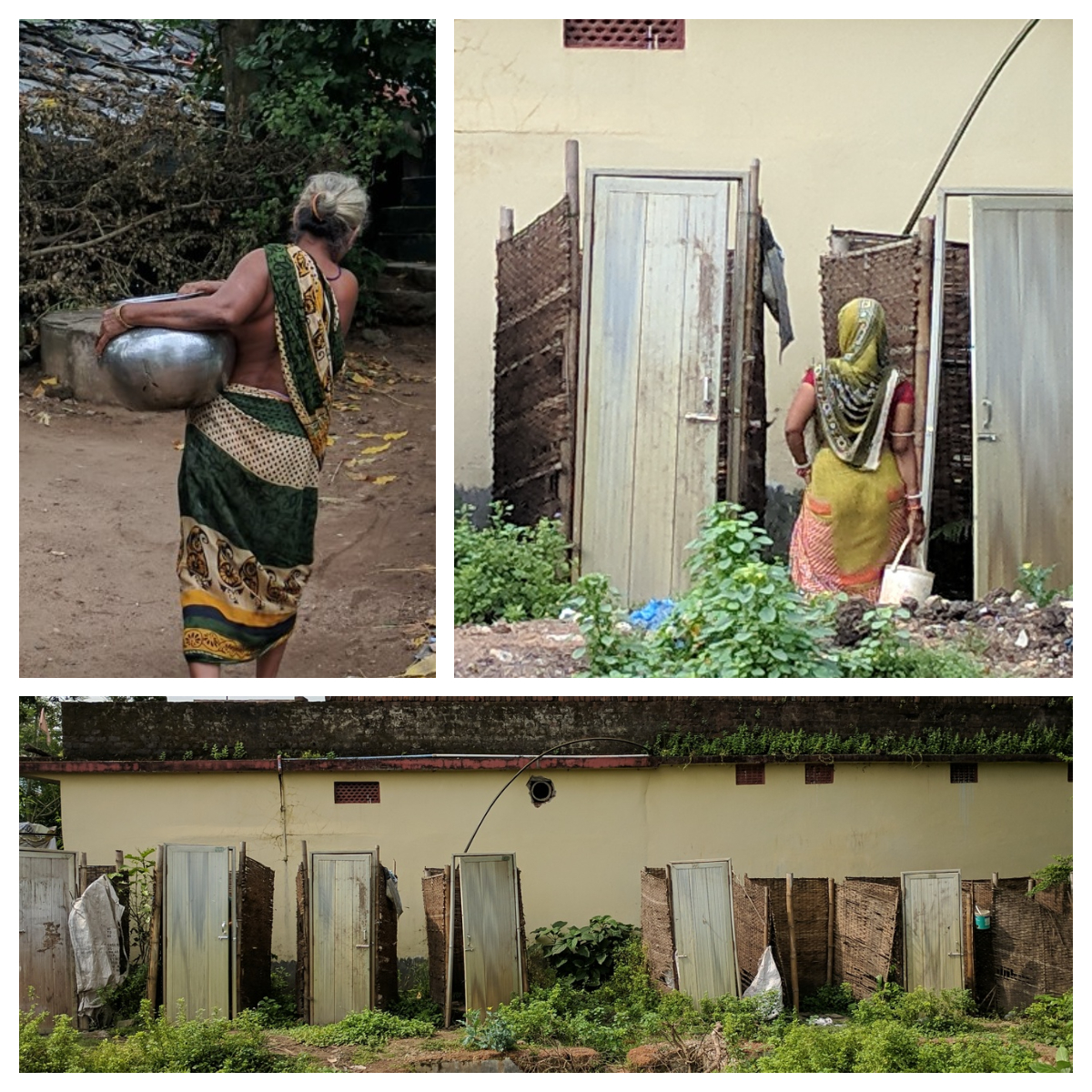 Bottom The temporary public toilet for the Macchua Bazaar neighbourhood in Cuttack (a Project Sammaan toilet is under construction nearby). Credit: Gautam Patel

Women are seen using the few available spaces where their defecation won’t be visible, and many wait long hours for darkness, or go out in groups in the early hours before others wake up. Without water easily available for the basics of bathing, cleaning and cooking; women are seen collecting and storing water thoughout the day and using it. In the Dagarpada neighbourhood, a woman carefully chose the least-worst from a set of poorly managed public toilets. Many are still waiting for toilet facilities; the National Family Health Survey-4, of 600,000 households, found 30% urban households did not use an improved sanitation facility. 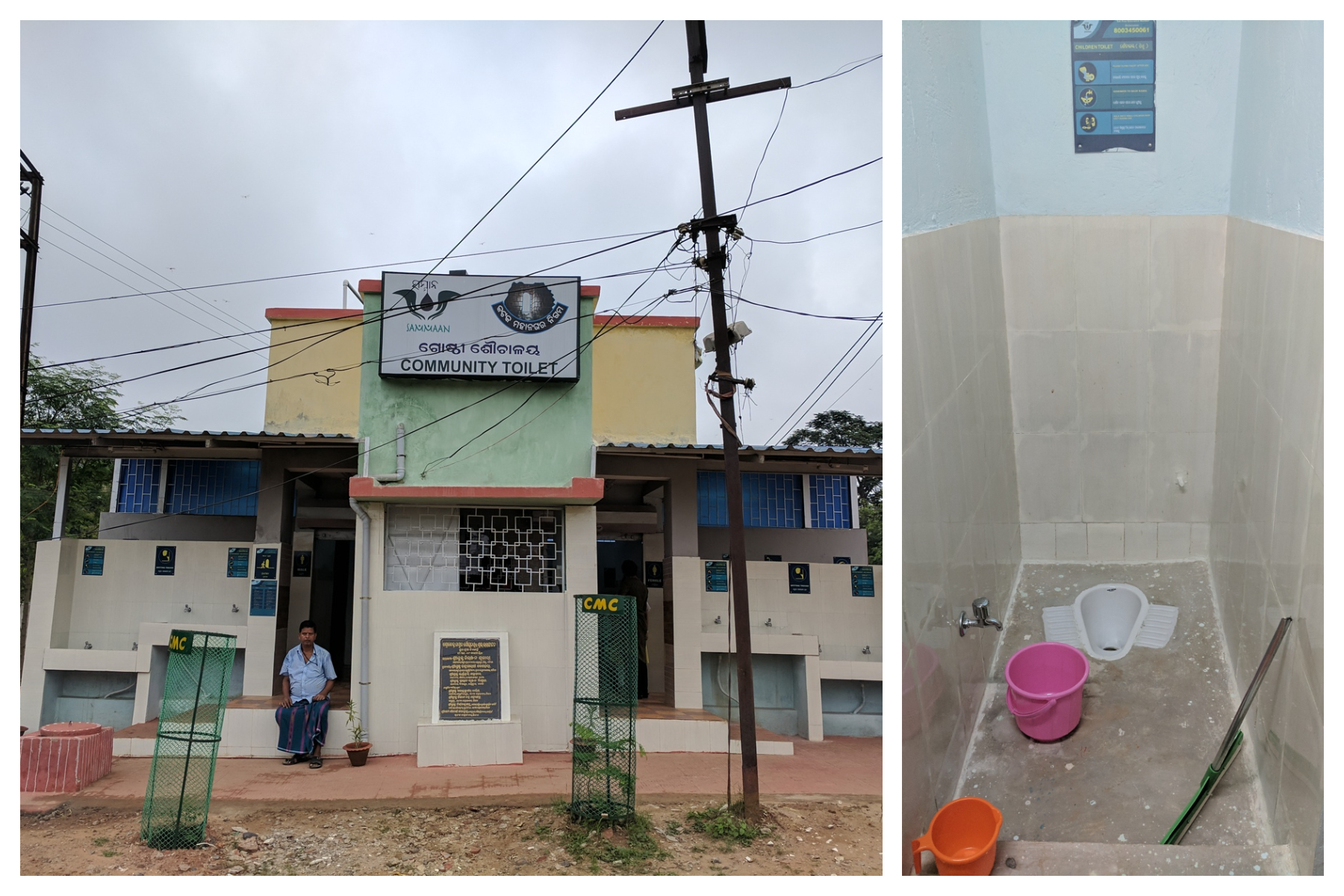 The initial survey in the area found more than half the public toilets were found to be dirty or very dirty, and a third of the population opted for open defecation. Recognising that quality and maintenance are essential for usage to be comfortable, the new Project Sammaan toilets are designed with plentiful natural light, good ventilation, and are supplied with cleaning materials. 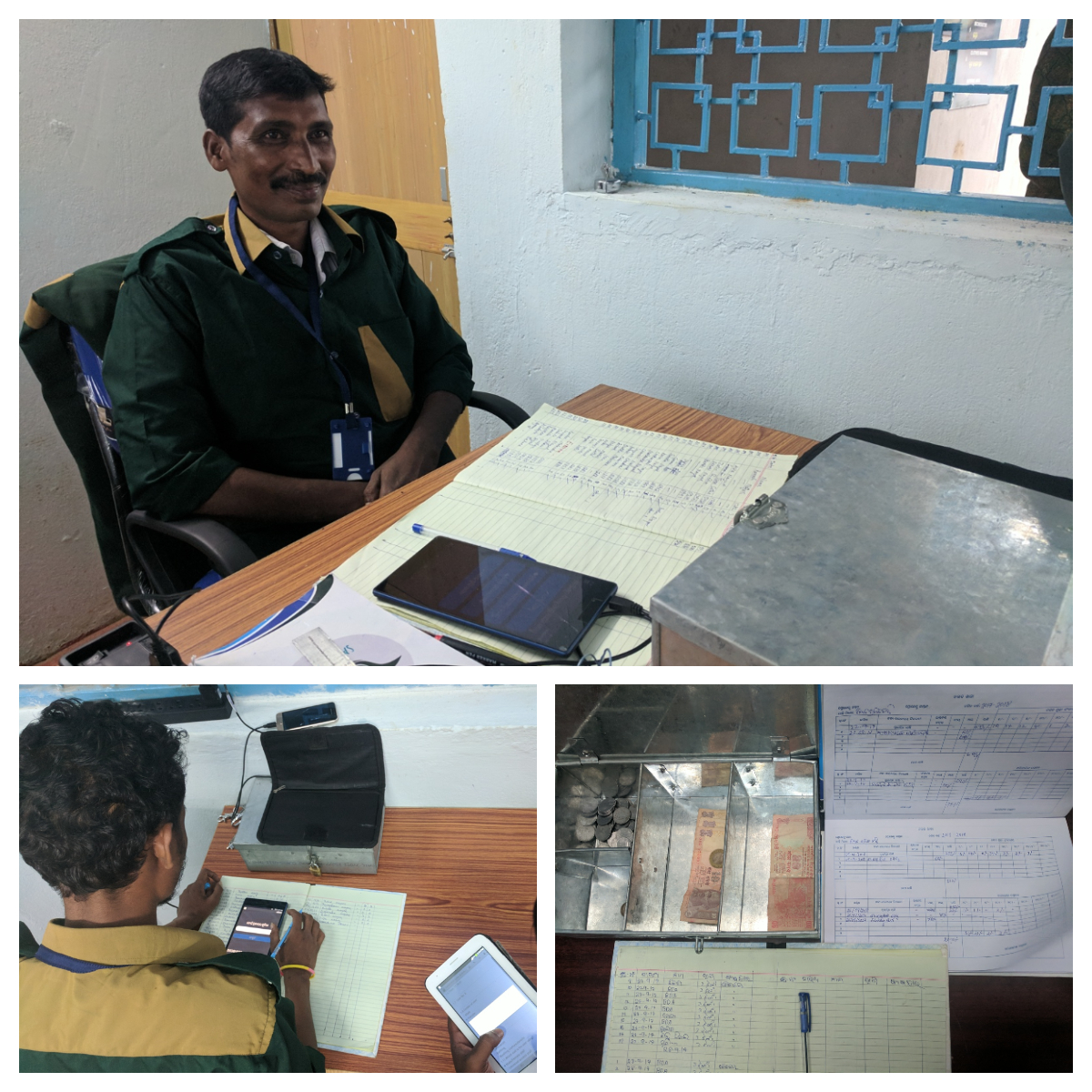 Each of the Project Sammaan toilets has a trained community management committee, with a formal agreement with the municipal corporation outlining their roles and responsibilities. These committees are responsible for the running of the facility, and for employing a paid caretaker and cleaner. User fees are charged and deposited in the committee’s bank account, to sustain running the toilets. The caretaker of each site uses a mobile phone application to log usage data and to keep track of the accounts, which include fee collection and the maintenance expenses. 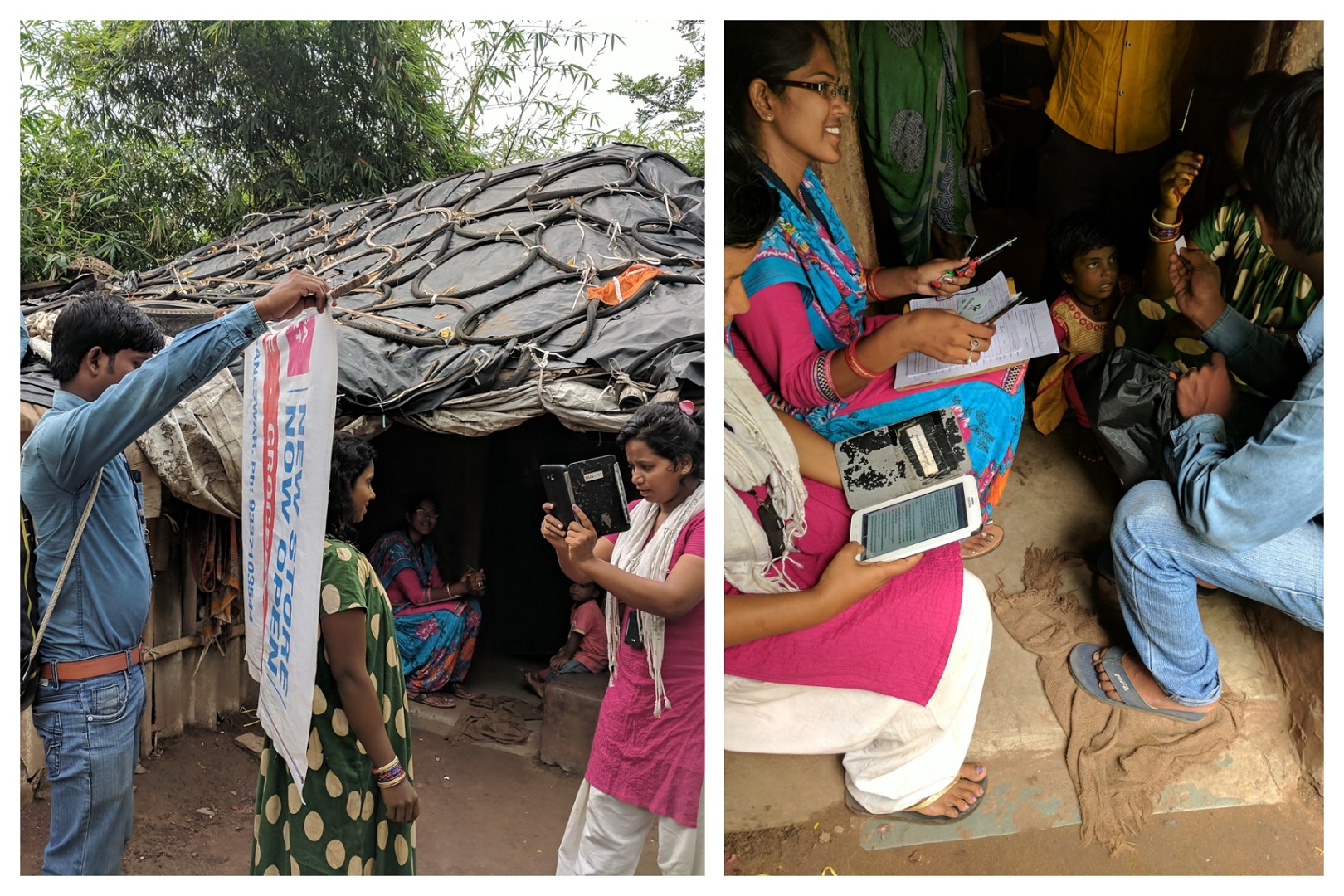 The J-PAL South Asia research team is on the ground collecting data on the demographics and sanitation behaviour of households, to understand sanitation challenges and requirements. The survey information will be layered with the operations usage data to provide a deeper understanding of community toilet management and usage. 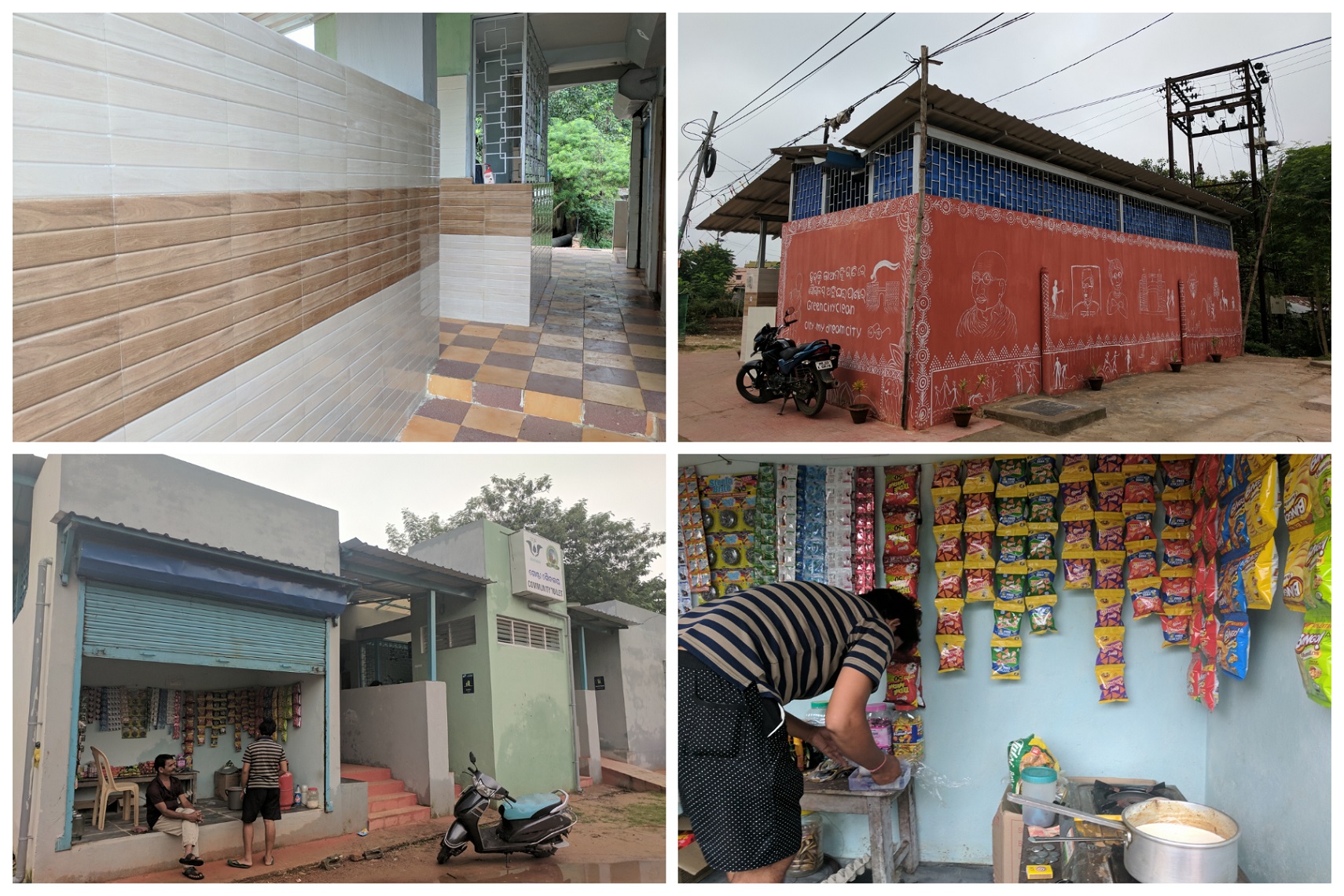 At some of the sites we’re seeing the community value the facility, with the local elected corporator using their funds to enhance the tiling or exterior decoration. And where some of the facilities have shop rental space, local businesses have been operating. 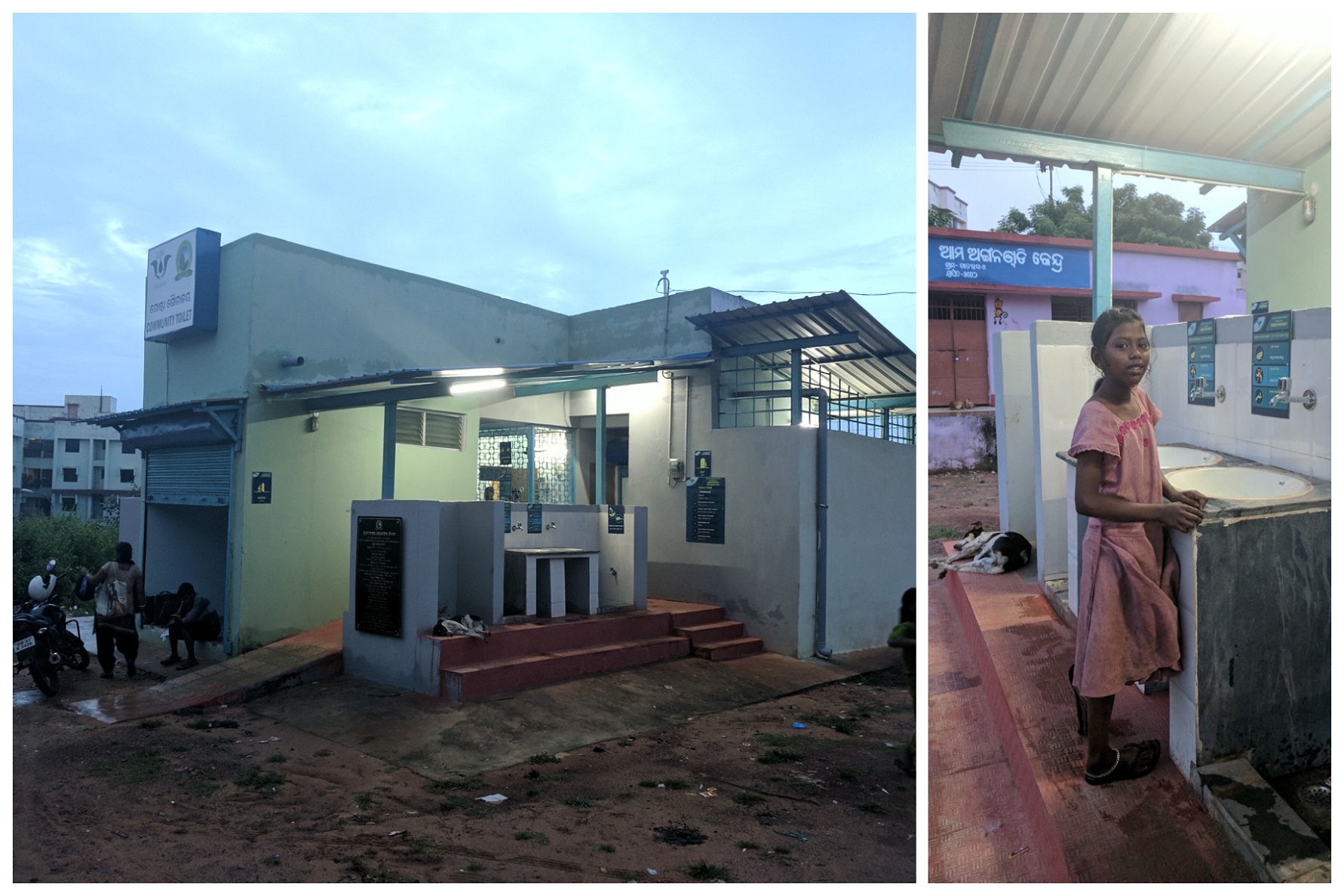 For these first six months, we’ve seen the toilets being maintained well. We’ve seen some being opened (on demand from users) at very early hours as the users need to set out early to get to their work sites. And it has been encouraging to see toilets well lit and perceived as safe, right to the end of the day.