The #BridgeTheCareGap campaign wants political parties to talk about mental health in their manifestos. 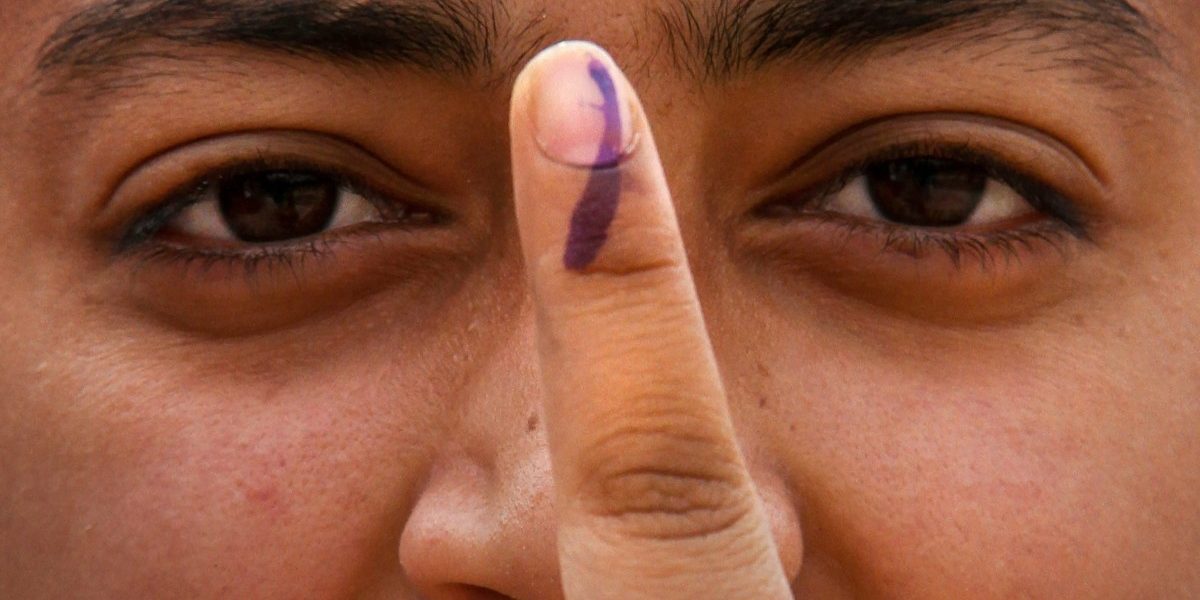 A voter in Jammu on Thursday. Credit: PTI

Bengaluru: In its manifesto released for the 2019 Lok Sabha elections, which began on Thursday, the Congress party included a clause that may have surprised some – on mental health. “Congress promises to implement the National Mental Health Policy, 2014 and the Mental Health Care Act, 2017 in letter and spirit. We will ensure that mental healthcare professionals are appointed in all public district hospitals and that mental healthcare services are provided in such hospitals,” the party promised.

The Congress’s promise – and a similar one made by the Communist Party of India (Marxist) – are in line with a recent campaign and online petition that seeks to broaden the conversation around mental health.

The Mariwala Health Initiative (MHI) campaign – #BridgeTheCareGap – is aimed at getting political parties to add the implementation of the Mental Health Care Act 2017 and National Mental Health Plan to their manifestos.

WHO reports that the mental health workforce in India (per 100,000 population) include psychiatrists (0.3), nurses (0.12), psychologists (0.07) and social workers (0.07). These are some staggeringly low number in a country where one in every six persons need some sort of help with their mental wellbeing, according to the 2015-16 National Mental Health Survey (NMHS).

Based in Mumbai, the MHI provides grants and strategic support to organisations and collectives working within communities to provide greater access to mental health services. It started in 2014 as a philanthropic effort, focusing on nurturing a long-term initiative that would rely on innovation as a driving force and working with partner organisations to reach out to marginalised communities.

More than just an urban thing

“It is possibly a misconception that rural areas may not be open to conversations around mental health. Due to living squarely in communities, mental illness may be far more visible than in urban spaces,” says MHI’s director Rajvi Mariwala.

However, access to mental health services can be a challenge for individuals living in rural areas where materials and resources are not readily available in regional languages. This is where the service delivery question pops up.

To trespass the accessibility barrier, MHI has partnered with organisations such as Centre for Mental Health Law and Policy in Pune which runs the Atmiyata programme in 500 villages in the Mehsana district to train leaders of existing community groups to become community mobilisers. This way, community-based volunteers are able to provide primary support and counselling to people with common mental disorders as well as assist them in accessing social benefits like ration cards. Using the community-based mental health approach ensures that the expertise stays within the community, making it relatively easier to access.

“We expect every partner we work with to have a rights-based approach that centres the rights and agency of persons coping with mental health challenges. It also means that they must situate lived experience at the core of any capacity building work or intervention,” says Rajvi.

Active work for the LGBTQ+ community

Mental health in itself is stigmatised. When it comes to mental health issues and awareness in the LGBTQ+ community, things may start dwindling further as their sexuality may not be accepted in a community.

“We see high levels of anxiety, particularly when the person is coming to terms with his/her sexuality, and this is compounded by the lack of familial support,” says Nisha Menzies Rao, who teaches psychology and is a counsellor at St. Joseph’s College, Bangalore.

“They are more vulnerable to abuse and have fewer recourses should they be the victims of abuse. Besides social isolation, many individuals from the LGBTQ+ communities may have difficulty finding and retaining employment because of the high rates of discrimination and ostracisation,” she adds.

To make the most out of queer counselling, MHI has launched a six-day certificate course on ‘Queer Affirmative Counselling Practice’ across Mumbai, Bangalore and Delhi. The training course hopes to reorient mental health professionals to an anti-oppressive therapeutic practice, and recognise inequalities and their impact on mental health. It also provides tools and techniques to address distress and promote the well-being of LGBTQ+ people. The training model was used to form a manual to facilitate training across other cities, educational institutions, civil society and workspaces.

Pooja Nair, a psychotherapist practising in Mumbai, believes that “challenging structures that oppress and limit has to happen in many ways”. It can begin by breaking the silence around marginalised communities.

“The margins should be our source of knowledge and direction. And those in power need to amplify their voices using their resources and this is what the #BridgeTheCareGap campaign has been doing,” she says.

“The second important facet is that this campaign has seen participation from queer and trans rights groups, youth advocacy movements, human rights groups as well as feminist groups – which is a clear acknowledgement that the distress is related to inclusion, social justice, development, livelihoods and human rights,” she adds.

One of the challenges that will always come up with initiatives such as MHI will be finding the right organisation to fund – an organisation which does not add to the working of the current systems and frameworks that lead to inequality.

For MHI, it is important to highlight an “array of voices” which can help better represent the diverse communities. Since the objectives of #BridgeTheCareGap campaign have already been adopted by two parties, it will be interesting to see what the results turn out to be.

“We hope to keep on pushing the envelope to see mental health components in civil society which works on livelihood, child rights, housing, development and more,” she adds.