The CDSCO has been finding Indian pharmaceutical manufacturers across the country guilty of producing drugs which have not been approved yet in the country. 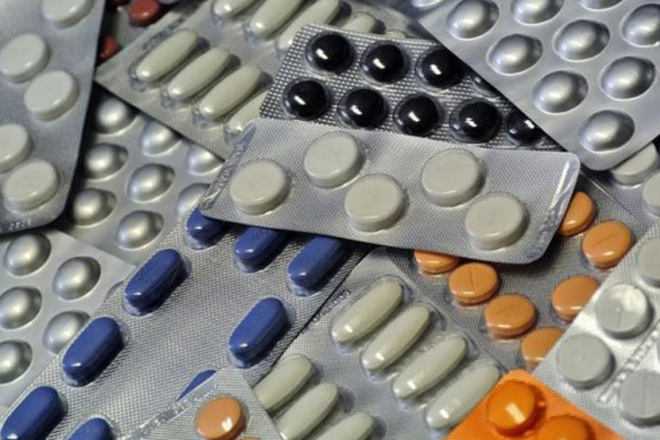 The CDSCO has conducted multiple raids across the country after the new chief Easwar Reddy assumed office. Credit: Retuers

After conducting surprise raids in Uttarakhand and Daman, the Central Drugs Standards Control Organisation (CDSCO) has now conducted raids on drug manufacturing firms in Sikkim. Of the two firms raided in the state, the drug regulator cancelled one license and suspended another.

The recent trend of raids by the CDSCO is new– it comes under the new chief, Easwar Reddy, who took charge in February after a long tenure of the previous chief, G.N. Singh.

The firms were found to have been manufacturing new drug formulations of ulipristal, dienogest and azilsartan, without the approval of the CDSCO. Ulipristal is an emergency contraceptive which is used to prevent pregnancy after the failure of other birth control measures; dienogest is a hormonal drug used to treat endometriosis in women; azilsartan is used to treat high blood pressure.

A government official said, “The firm has been procuring drugs [in bulk] for these formulations from unregistered sources, risking the lives of the patients.”

The drug regulator cancelled Savi Pharma’s license and ordered the firm to “discard all the processed tablets, capsules and sterile products as per Sikkim Pollution Control Board norms, with intimation to the office of the undersigned,” according to a notice issued to the company, reviewed by The Wire.

Savi Healthsciences was found to be manufacturing medicines even while construction activity was underway in their premises. “To their utter dismay, the inspection team has found that the firm is carrying out construction activity in the same premises without taking precautions for preserving the raw materials and packing materials,” said a government official. They also learnt that the company was not maintaining records of its activities. 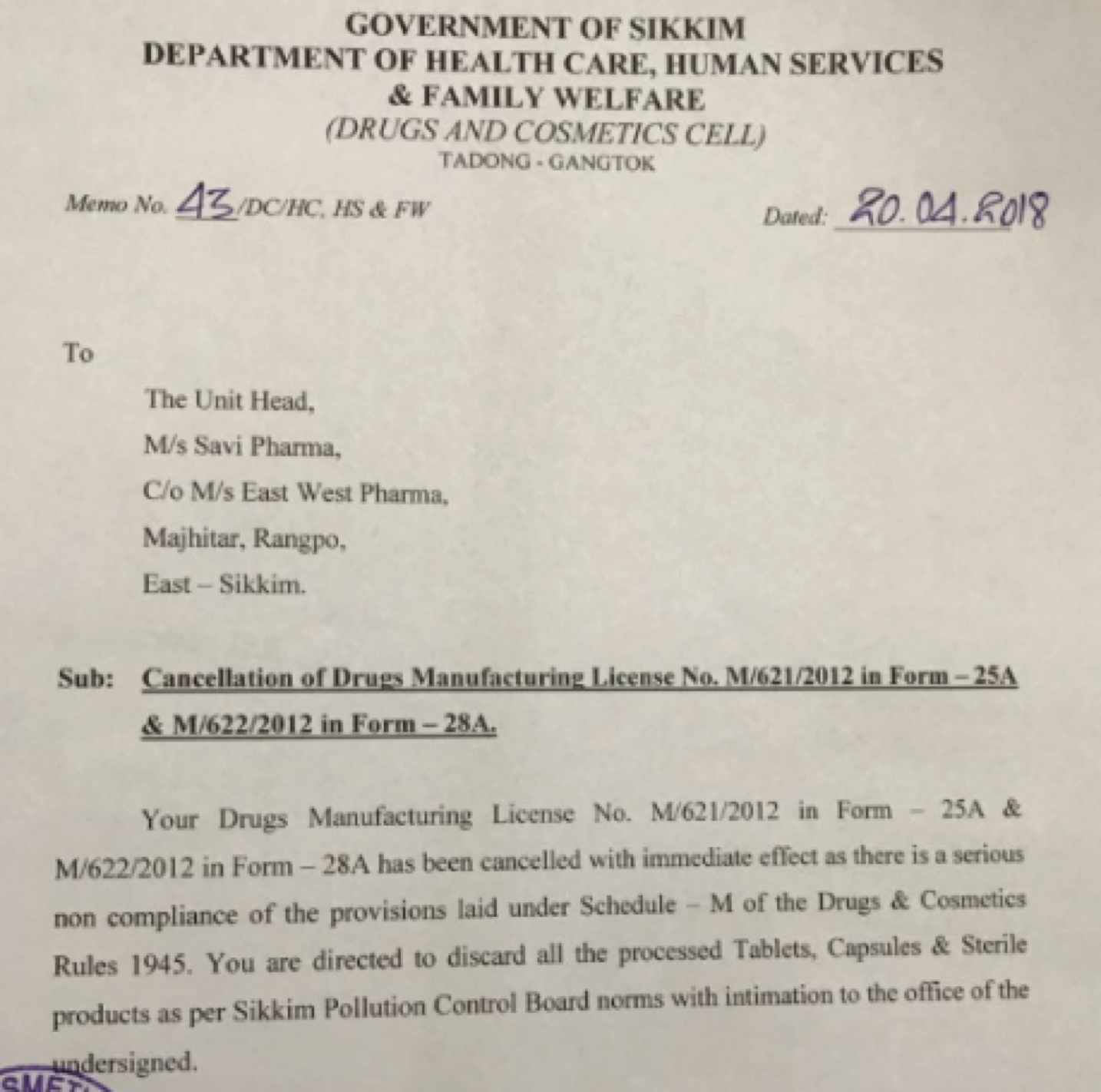 Notice sent to Sikkim based company, cancelling their license and directing the destruction of medicines. Credit: Obtained by Author

The companies were told that their lapses had occurred due to non-compliance with provisions laid down under Schedule M of the Drugs and Cosmetics Rules, 1945, which prescribes good manufacturing practices and requirements for the premises, manufacturing plant and equipment for pharmaceutical products.

This notice was issued by the department of health care, human services and family welfare, of the drugs and cosmetics cell of the Government of Sikkim. The raid was carried out by a team from the CDSCO headquarters in Delhi, along with the east zone office of CDSCO and state drug officials.

Earlier this month, the CDSCO carried out another “surgical strike,” according to one official, on Olive Healthcare in Daman, which was manufacturing enclomiphene, a new drug that has not been approved yet. This drug is used to treat deficiency of the male hormone, testosterone, in men. According to government officials, enclomiphene has not been approved in India or by any international regulatory agencies.

Olive Healthcare was also found to be illegally procuring unapproved active pharmaceutical ingredients (APIs). Ten drug inspectors from the CDSCO headquarters in Delhi, Mumbai and Ahmedabad, came to Daman for the raid.

Within days of Reddy taking charge at CDSCO, two companies in Uttarakhand were raided in March. Big companies like Wockhardt found themselves in trouble, along with others like Mascot Health and Ambic Aayuchem.

These companies had been procuring and marketing drugs, even without approval from the CDSCO. They had also failed to carry out safety trials. The drugs they had been manufacturing included fixed dose combinations for treating diabetes and fungal infection.

50 companies have had their manufacturing licenses suspended following this raid. Out of the 118 or so products which were found in the investigation, 70 were being manufactured without the CDSCO’s approval, but instead on licences granted by the state authorities.

According to a government survey, between 2014 and 2016, out of 47,012 samples which were tested across the country, only a small percentage of drugs have been found to be of a poor quality – 3.1% of drugs were seen as not conforming to accepted quality standard and 0.0245% of drugs were found to be spurious.