A 31-year-old hailing from a small village in West Bengal provided early warning on a major COVID-19 outbreak. 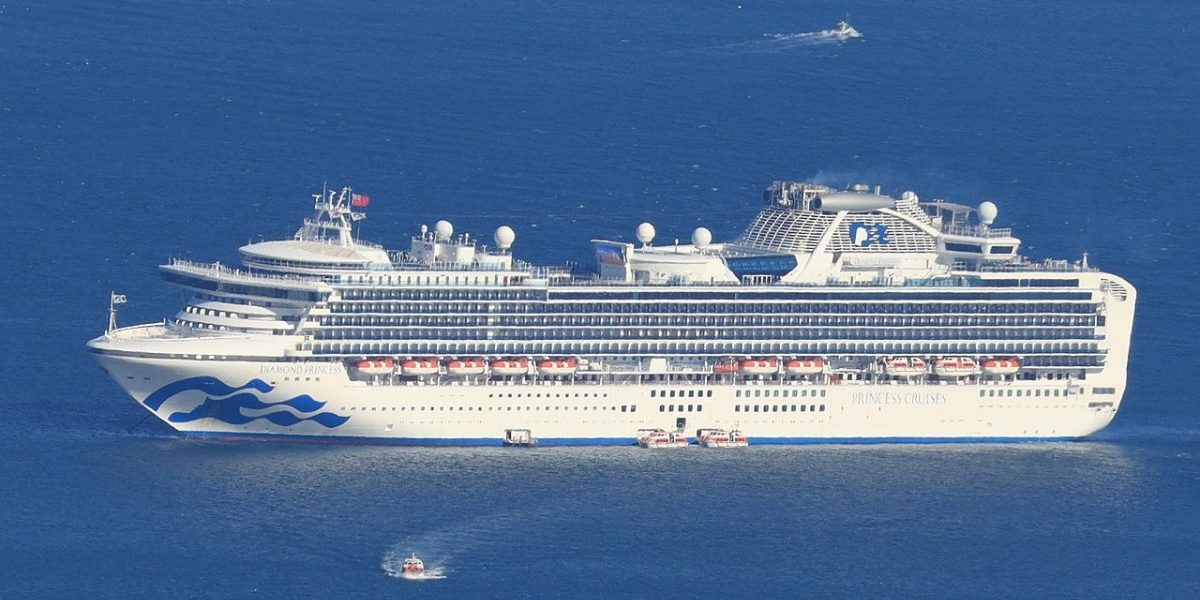 It was a dramatic SOS from the Diamond Princess, the cruise ship quarantined in Yokohama Port after an outbreak of the 2019 novel coronavirus, dubbed COVID-19. “We are very scared. Please save us from this quagmire,” pleaded Binay Kumar Sarkar in a Facebook video posted on February 10. Along with him were fellow Indians wearing face masks.

Sarkar was the first crew member on the Diamond Princess to publicly draw attention to one of the major flaws in the ship’s quarantine process: passengers were isolated in their cabins but the crew was not. As cases ticked up, he grew concerned that the crew might be inadvertently contributing to the spread of the virus on the ship, which by then had the biggest cluster of COVID-19 cases outside China.

A native of Kanki in West Bengal, Sarkar prepares meals and washes dishes onboard the Diamond Princess.  He first sounded the alarm on February 6. “We all eat together in the mess,” he said filming the video from his room. “If one man gets the virus, he takes the plate (to one of the passengers). … If that plate is not washed properly and I take the plate, the virus comes to me also.” Epidemiologists may not agree with the plate analogy but Sarkar’s broader point about person-to person transmission is valid.

Watching ambulances take infected patients off the ship daily added to his sense of urgency: “I need to speak out because I don’t know if I will be alive tomorrow.” In another video, he begged for help in Bengali, saying, “Please isolate us.” The crew had not been tested for the virus, he said, adding that Japan should “get help” if they did not have the capacity to test everyone on board.

The crew’s predicament was highlighted by a reporter from the New York Times who interviewed Sarkar. The fact that the staff ate buffet-style meals and shared bathrooms while passengers were served croissants and smoked salmon in their private cabins underscored the inequities onboard the ship. Indeed, the plight of the ship’s 1,045 crew members became a trending story worldwide.

“We are trying to treat all the people equally,” said Japan’s vice-minister of health, Gaku Hashimoto, although he conceded that crew members did not have private rooms like the passengers and conditions on board the ship were “not all equal”. Eric Rubin, chair of immunology and infectious diseases at Harvard’s T.H Chan School of Public Health, told CNN, “A lot of thought went into what to do with the passengers” but the lack of a quarantine plan for the crew was putting the entire ship at risk.

Once Sarkar came forward, other Indian crew members spoke out as well. Sonali Thakkar, a member of the security team, pointed out the potential for infection during mealtimes. “We all remove our masks and gloves when we are eating and we are all sitting in the same place,” she told CNN. Thakkar, who hails from Mumbai, was quarantined in her room after she came down with fever and chills but had not been tested for the virus. “We want to move to a safer environment,” she told NDTV. Anbazhagan, a crew member from Tamil Nadu, had made a similar request through a WhatsApp video. Some 13% of the ship’s crew are from India and thus far, six have tested positive for the virus.

Sarkar and Thakkar’s videos were broadcast by media outlets back home, and India’s foreign minister S. Jaishankar tweeted a message of support. However, Union health minister Harsh Vardhan seemed more realistic: “We are … in touch with Japan but we cannot force them to send our people from there,” he told Republic World. The crew of the Diamond Princess however continues to hope the Government of India will take concrete action before it is “too late”.

Meanwhile, passengers on board the ship have been expressing their gratitude to the staff. Clare Hedger put a note outside her door that read, “Thank you to all you AMAZING CREW!! WE are SO SO grateful.” Novelist Gay Courter told the New York Post, “the real hero for me on the ship is the pastry chef.”

Princess Cruises announced it would give the crew two months of paid leave after the quarantine. But since the crew had not been isolated, they would face a “more formal quarantine” after the passengers disembarked. “I know this is disappointing news,” said Jan Swartz, president of Princess Cruises. Swartz said the crew were not isolated initially because passengers were seen as higher risk due to their age and health. The rate of transmission among passengers was also higher.

The saga of the Diamond Princess is still playing out but one thing is clear: a 31-year-old hailing from a small village in West Bengal provided early warning on a major COVID-19 outbreak. By speaking out, he and fellow Indian crew members gave doctors, public health officials and epidemiologists a window into an unfolding global health crisis.

In his latest Facebook post, Sarkar says he is determined to stay cheerful in the face of adversity. To prove it, he bursts into a Hindi love song.

Sribala Subramanian writes on environment and health, and tweets at @bsubram. She was formerly with Time magazine.