'Dead Baby' Came Back to Life, but No Case of Negligence Against Max Hospital

The Delhi Medical Council’s report will likely end the pursuit of a criminal case by the aggrieved parents against the Shalimar Bagh hospital. 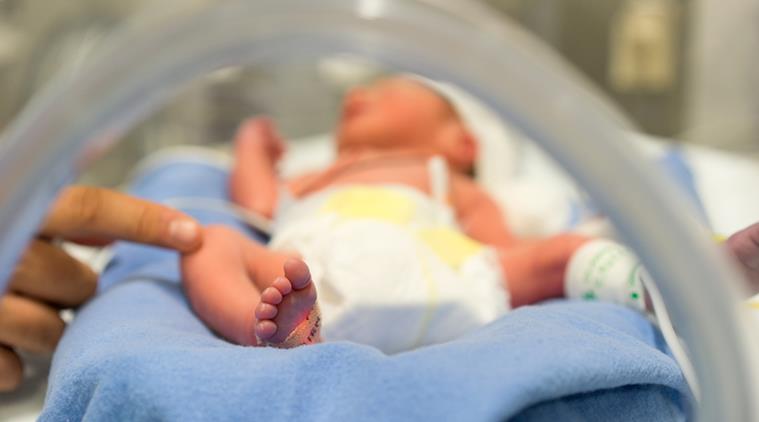 New Delhi: The Delhi Medical Council (DMC) has said there has been “no negligence” in the case where one of two newborn babies who were declared dead by Max Hospital in Delhi last November was later found to be alive.

The report repeatedly says that the babies were not, in fact, formally declared as dead by the hospital.

A source at the Delhi Medical Council says since the hospital did not actually declare the baby dead when the parents took them home, it is not the fault of the hospital or the doctors. The parents “assumed” that both babies were dead when, in fact, Max Hospital had not actually told them that explicitly.

It would appear that this entire tragedy is being taken to be an issue of miscommunication or a misunderstanding.

The pre-term babies were born in November 2017. The story shocked the public when it became known that the babies were allegedly returned to the parents in plastic bags. The parents were on their way to do the final rites of the infants when they realised one was still alive. That baby died a few days later from medical complications.

The case at Max Hospital in Delhi’s Shalimar Bagh triggered an uproar. Not only did it come at the time when various families were reporting stories of being overcharged by private hospitals, but the Delhi government had also responded strongly.

In December, the Delhi government cancelled the license of the hospital and shut it down. Max issued a press release saying the babies were “unfortunately handed over (as dead)” but also said the government’s decision to cancel their license was ”unfair”. The Delhi government said that the hospital had also not been allocating beds to people from economically weak sections of society, which is mandated by law.

As is the routine practice, the police refuse to file first investigation reports (FIRs) in medical negligence cases unless a team of doctors assesses the case and writes a report saying that prima facie a case of medical negligence can be made out. The Wire has recently reported on this trend, and about the hardships that gives patients who find themselves without criminal recourse.

Now with the DMC’s report saying that no case of medical negligence can be made out, it likely ends the pursuit of a criminal case by the aggrieved family here.

The baby was not officially declared dead

The DMC’s report seems to have relied on three main arguments in issuing their clean chit to Max Hospital. Firstly, pre-term babies sometimes have a poor chance of survival. Secondly, the family themselves told the hospital not to resuscitate the second child, when the doctors informed them about the chances for the child as well as the costs involved (Rs 50 lakh). Third, it seems Max Hospital never issued a formal death certificate for this baby and says they did not actually tell the parents that the second baby was also dead.

This implies that the parents just took home both their babies, and assumed both were dead whereas one was alive.

“It appears that there was no formal declaration of death of the male twin 1,” says the DMC report.

The report does not answer or seem to have asked the deposing doctors from Max Hospital why they then did not explicitly tell the parents that one of their babies was alive, while giving the dead body of the other baby.

Dr Ajay Prakah Mehta, the senior consultant for neonatology, told the DMC that “he did not declare the baby dead. In fact the twins were handed over without his knowledge or approval.” Dr Vishal Gupta, consultant for paediatrics, said that he too did not declare the baby dead. Medical superintendent Dr Archana Bajaj, and the staff nurse, Priyanka Sharma, said death certificate was not made and the baby’s death was not recorded because the “male baby was not admitted.” 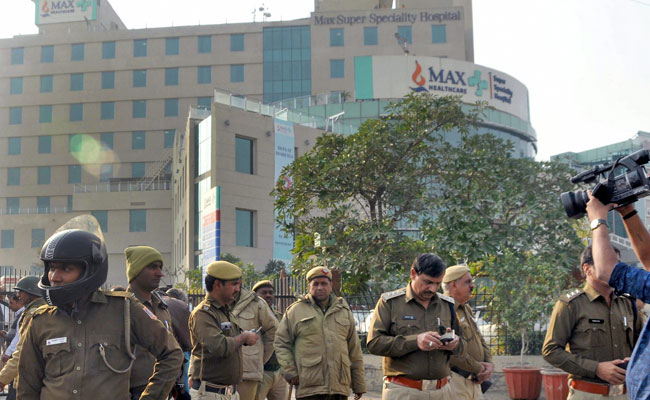 The final summary of the DMC report says, “The hospital did not issue a death certificate for male twin 1 who had some heart beat for about 4-5 hours, since the baby was not admitted in the hospital, as the family did not want to admit the baby in NICU for further management.”

The DMC report says that an inquiry by the Delhi government last year said, “Nurses on duty handed over the bodies of the newborns without any written direction from the paediatrician.”

While the medical treatment may not have been negligent, the tragedy could have come about due to “procedural lapses and inadequate documentation which is probably due to absence of standard operating guidelines when managing such cases”. There doesn’t appear to be any action taken on this or details about what lapses need to be fixed.

What the doctors told the DMC

The doctors who deposed before the DMC said that neither of the twins cried after birth. They were pre-term babies, born at 23 weeks of pregnancy.

The second baby (female) was stillborn. The first (male) was born alive, but with a heart rate of around 30 beats per minute (in normal cases, it is around 120 to 180 per minute). By about noon on the same day, the attending paediatricians said they “could not hear the heart beat” of the boy.

In pre-term babies, even if they survive, they risk having physical and developmental problems. The doctors say they counselled the family on this but there was “no documentation” given to the DMC. Instead, they told the DMC that there could be CCTV footage of this.

The DMC report records that it is the parents themselves who signed on to a ‘Do not resuscitate’ document “after having fully understood, after the counselling the family refused for any kind of resuscitation of the twins and issued instruction for Do No resuscitate (DNR), confirming that neither the hospital nor the doctors involved would be liable for the decision taken by the family”.

The hospital said that they thus, did not resuscitate the second baby, “giving due respect to the decision of the family of the patient and in view of the DNR instruction”.

The family says that on November 30, 2017, when the babies were born, “At 1.00 p.m., they were informed by the doctor that the male baby is also dead. Both the dead babies were handed over to the family members in two different parcels in a yellow coloured polybag by hospital staff for cremation.”

A statement from Max Hospital on Tuesday said, “‘The DMC’s disciplinary committee’s order, establishes that no medical negligence can be attributed to the doctors of Max Hospital, Shalimar Bagh, in the treatment provided to the complainant’s new born twins. The committee’s thorough enquiry found that standard medical procedures were followed in cases involving extreme preterm birth up to a gestational age of 24 weeks. The council in its order also acknowledges the need for setting up standard operating guidelines for the entire medical fraternity to manage such cases effectively in the future.’’

Eighteen people were heard in person by the committee (five were from the aggrieved family and the rest from Max Hospital, including the vice-president of the hospital, Kuldeep Sharma).

The Directorate General of Health Services of the government of Delhi has also carried out one inquiry and submitted its report last year. That inquiry had reportedly held the hospital guilty of not handing over the babies with written instructions to the parents.