What Explains the Private Sector Not Being Able to Fulfil its 25% COVID Vaccine Quota?

In the end it likely just boils down to affordability. Vaccination for COVID-19 began in India on January 16, 2021. As of September 11, 73 crore doses have been administered. This is despite several changes in policy since the beginning of the vaccination programme.

In the first phase, health workers, police and paramilitary forces, sanitation workers and disaster management volunteers were eligible to receive vaccines. From March 1, 2021 all residents over 60 years and people between the ages of 45 and 60 with one or more comorbidity became eligible.

At government hospitals, till March 31, 2021, vaccines were available without any payment to everyone falling in the above categories. At private hospitals, one had to pay Rs 250 for one dose.

From April 1, 2021 those above 45 also became eligible to take the vaccine.

As a result, private hospitals started charging anywhere between Rs 1,000 to Rs 2,000 per dose and the rates of vaccination came down.

After attracting a lot of criticism, the government reverted to the system of centralised procurement of vaccines by the Union government. From June 21, 2021, free vaccines were made available to the 18-44 age group also at the government hospitals.

But 25% of vaccines were reserved for the private sector. Detailed data of vaccines procured by private hospitals are not released by the Government. The Hindu obtained data up to August 17, 2021 through a Right to Information application, which was shared by the publication in the public domain. The newspaper has reported that out of a 25% quota, private hospitals took delivery of only 9.5% of vaccines. And even for this, they have not been able to find enough people willing to pay for vaccines. Thus, they used only about 65% of vaccines taken by them from vaccine manufacturers. It is observed that even though private hospitals can procure 25% of the total supply of vaccines, the actual procurement of vaccines by them as of August 17, 2021 is less than 10% at the all-India level.

For some states like Assam, Bihar, Madhya Pradesh, Chhattisgarh and Odisha, it is less than 1%. On the other hand, private hospitals in Telangana and Maharashtra have procured more than 25%.

In this article we try to understand what could be the possible reasons behind such a pattern.

Data up to August 17, 2021 show large variation across states in the vaccines procured by the private hospitals. 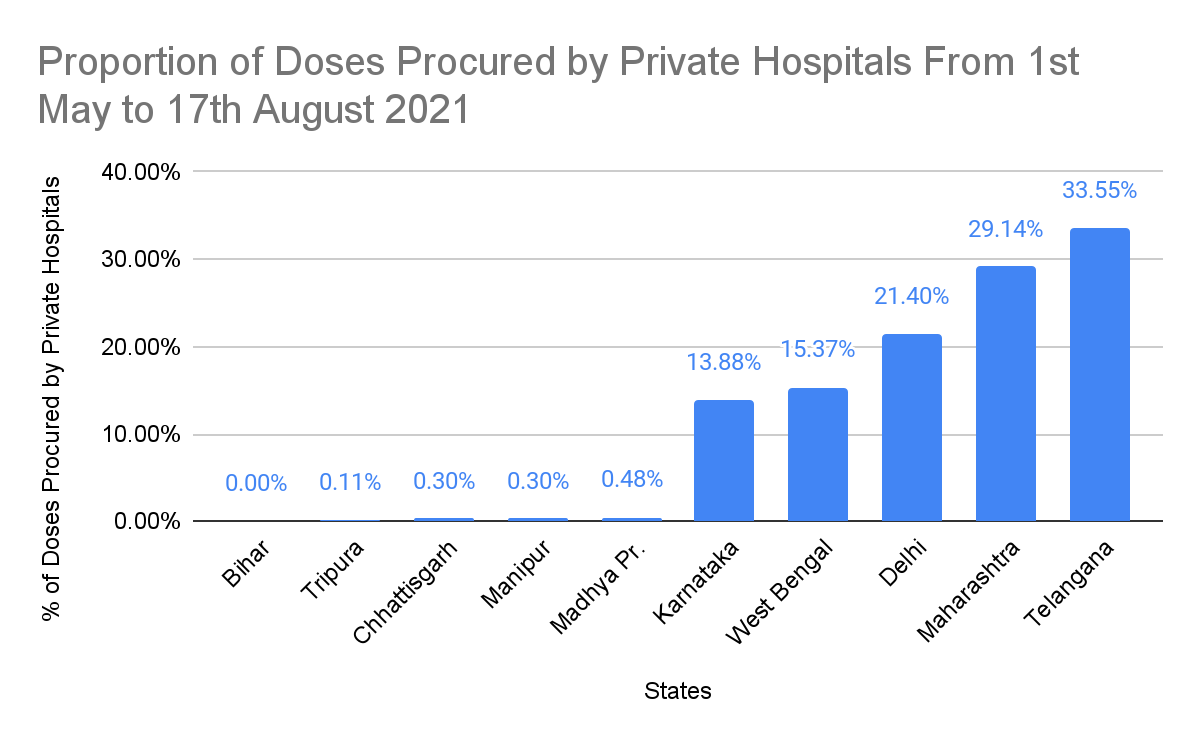 Figure 1: Share of Vaccine Supplied to Private Hospitals in bottom and top five states since May 2021. Source: RTI filed by The Hindu and PIB press release on May 01, 2021.

Telangana, Maharashtra, Delhi, West Bengal and Karnataka are the top five states with highest share of vaccines procured by the private entities. However, only Telangana and Maharashtra have been able to touch the 25 percent mark. In contrast to this, in 12 states the share of vaccines lifted by private hospitals is less than 2%. This may not necessarily be a cause of concern, since Himachal Pradesh has been able to vaccinate all of its adult population despite low (0.63%) private vaccine supply.

Affordability of vaccines at private hospitals

Another trend worth noting is that there is a positive correlation between share of procurement of vaccines by private hospitals in a state and the state’s per capita income, as seen in ‘Figure 2’ below.

Essentially, the lower the per capita income of a state, the lesser is the share of private hospitals in its vaccination drive. States like Uttar Pradesh, Bihar, Manipur, Jharkhand and Madhya Pradesh not only have the lowest per capita income levels in the country but also have less than 2.5% share in procurement of vaccines by private hospitals. This shows that the purchasing power of people and in turn their demand for paid vaccination affects the number of doses private hospitals assess they will be able to use for vaccinating people by making them pay Rs 780 for Covishield and Rs 1,410 for Covaxin for a single dose.

For two doses of an average family of five, an amount of Rs 7,800 is needed for Covishield and Rs 14,100 for Covaxin. Agricultural households would just not be able to afford it, as the Situation Assessment Survey of Agricultural Households released only a few days agoshows. The average income of an agricultural household was only Rs 10,218 per month in the period from July 2018 to June 2019, much before the COVID-19 pandemic hit India. About 40% of this income was from wages. Due to the adverse impact of the pandemic on the informal sector, the income of households would be lower now.

Watch: ‘Impossible to Fully Vaccinate All Adults by End of 2021, Govt’s Mistakes to Blame’

It was unrealistic for the government to assume that there will be sufficient demand for such expensive vaccines in a COVID-19-hit economy in which there have been huge income and job losses.

Is private supply concentrated in a few cities?

When the private vaccine centres are concentrated in only a few cities in the country, one cannot expect that the entire 25% share will be lifted by private hospitals. In a report by India Today, the Director General of Association of Healthcare Providers India (AHPI) states that it is difficult to procure vaccines in small towns because the minimum order of 3,000 doses cannot be easily afforded by mid-size private hospitals. Even in Delhi, having highest per capita monthly income of Rs 21,747, private hospitals have been able to use only about 45% of vaccines lifted by them from vaccine manufacturers.

Also read: More Evidence on Why the 25% Vaccine Quota for Private Hospitals Should Be Ended

The data obtained by The Hindu also brings out clearly that in several states, private hospitals have not lifted even 2% of vaccine doses allotted to them.

We see that the government centres are capable of attaining significant vaccine coverage (Himachal Pradesh is a case in point). Since economic recovery and business confidence is dependent on the progress of vaccination, the government should announce a reduction in allocation to private hospitals and increase the supply to vaccination centres run by the government so that free vaccines are easily available to public.

The government would also do well to regularly publish the granular data of vaccination as its analysis by researchers can provide useful suggestions.