Additionally, the share of the top five states with maximum caseloads has declined from 74% of the total cases in the country to 68%. 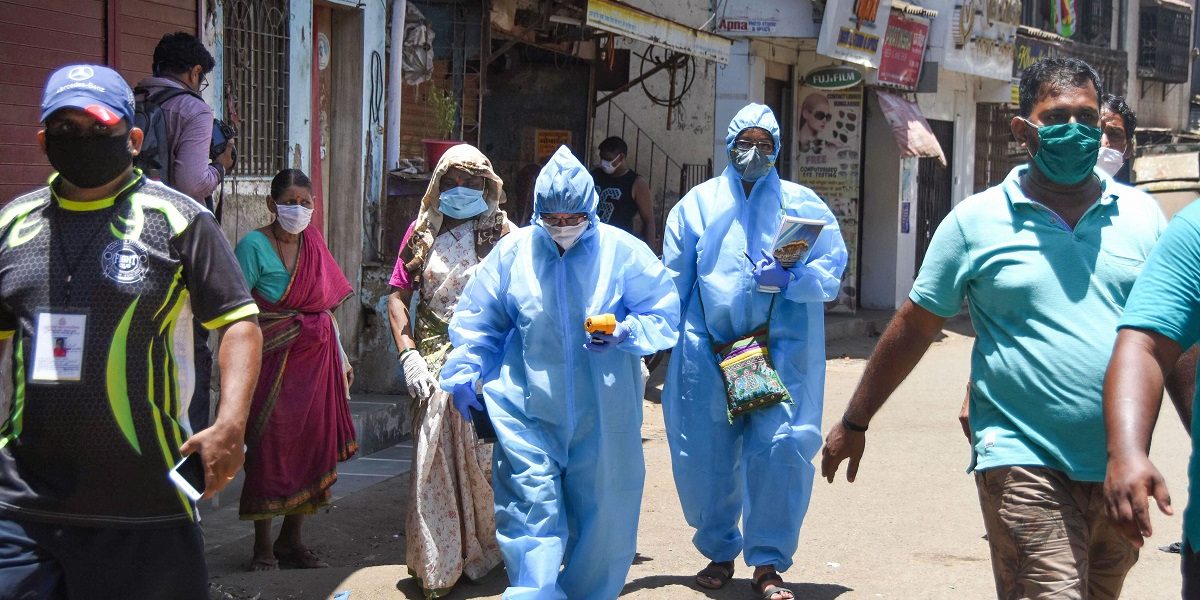 Health workers during a house-to-house health survey at Koliwada, Dharavi in Mumbai, May 8, 2020. Photo: PTI

New Delhi: Following the relaxation of the nationwide lockdown, several states have recorded a surge in cases of the novel coronavirus in the last few days.

According to a report in the Indian Express, Maharashtra, Gujarat and Rajasthan, which together accounted for 52% of the total confirmed cases of COVID-19, now add up to 45% of the cases.

While Jammu and Kashmir and Haryana reported a higher number of new cases on Sunday, Assam and Tripura’s caseload has been growing by over 10% every day for over a week. Uttar Pradesh has seen two big jumps for the last three days – the state now has over 10,000 confirmed cases. Karnataka’s caseload had also increased and is now in the top 10 states with the largest cases.

West Bengal, Uttarakhand, Chhattisgarh and Kerala have also been adding larger numbers of confirmed cases every day, while Tamil Nadu and Delhi have reported between 1,300 and 1,500 new cases each every day.

At least 24 states and union territories (UTs) are now adding new cases at a rate faster than the national average of 4.39%.

Of the top five states, Maharashtra, Gujarat and Rajasthan have been slowing down, which has led to a decline in the national growth rate as well. The three states, which alone accounted for 52% of the total confirmed cases, now add up to 45% of the cases.

This trend has been aided by Madhya Pradesh and Uttar Pradesh, which have also been growing below the national average.

Until recently, the top five states (Maharashtra, Gujarat, Rajasthan, Delhi and Tamil Nadu) with maximum caseloads accounted for 74% of the total cases in the country. Their share in the overall caseload has now shrunk to 68% is showing a declining trend.

Maharashtra, which had 37% of the total cases in the country two weeks ago, now accounts for 33% of the caseload.

The national growth rate of cases is currently 4.38% – the slowest since the outbreak started in March – the lifting of lockdown restrictions has led to a surge in cases everywhere.

States like Meghalaya, Mizoram, Nagaland, Uttarakhand, Jharkhand and Goa which had no cases or limited cases have now begun to record significant numbers every day. Other states like Odisha, Assam, Bihar, Haryana, Jammu and Kashmir, and West Bengal are now moving to become the new growth centres.