In October last year, we conducted an extensive survey to gauge the impact of the pandemic on women from low-income households, with a view to elevating women’s agenda among policymakers. 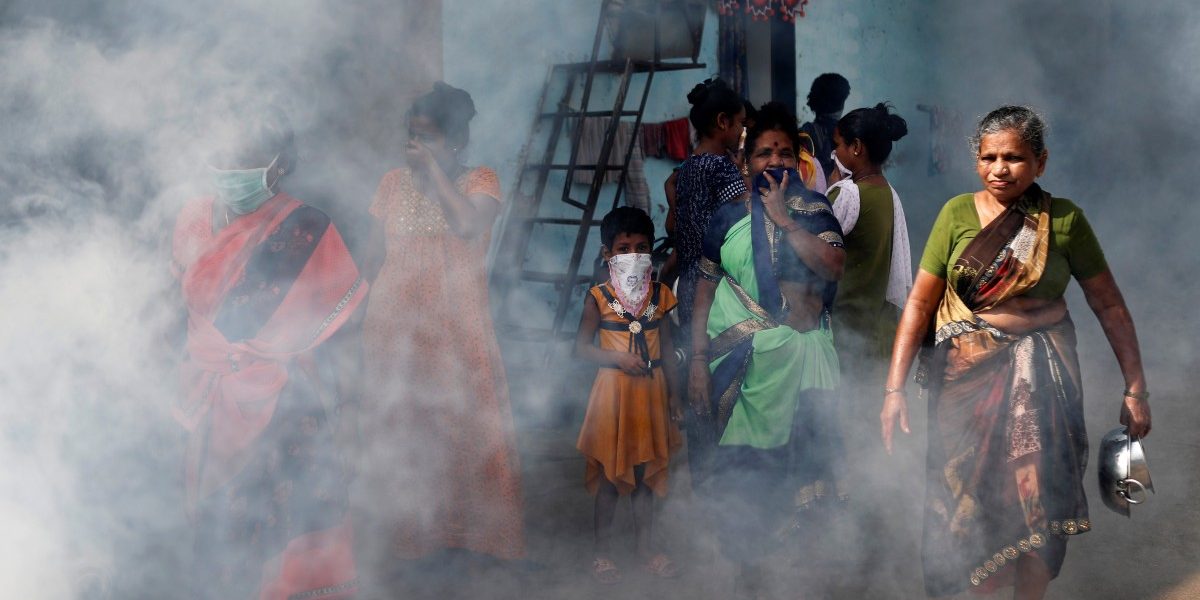 Women and children cover their faces from a fumigation drive, during a nationwide lockdown in India to slow the spread of COVID-19, in Dharavi, one of Asia's largest slums, during the coronavirus disease outbreak, in Mumbai, India, April 9, 2020. Photo: Reuters/Francis Mascarenhas

We know that women are disproportionately impacted by crises. The COVID-19 pandemic has been no different. Even as data continues to emerge about the widening gender income gap and professional setbacks faced by women, how the pandemic created massive shortages of basic necessities that could significantly affect women’s health and prospects has not sufficiently grabbed national attention.

In October last year, we conducted an extensive survey to gauge the impact of the pandemic on women from low-income households, with a view to elevating women’s agenda among policymakers. The survey covered more than 17,000 respondents in ten states, and was primarily via telephone.

Between April and May 2020, the peak of the first lockdown, an estimated 57% of women surveyed lost their jobs. By October, 35% were yet to meaningfully recover their jobs or incomes. (These figures correspond to 4.3 crore and 1.5 crore women overall.) These economic shocks, coupled with overall income losses to households, have contributed to lower nutritional intake and disrupted access to menstrual hygiene.

Several studies over the years have drawn attention to the alarming rates of malnutrition among Indian women. This is not just a result of policy leakages, but also the dynamics playing out in homes, with regard to meal allocation. Unsurprisingly, the lockdown exacerbated this practice. More than 10% of women said they limited their food intake or ran out of food in the week they were surveyed. In addition to women reporting eating fewer meals – from thrice to twice or once a day – we learnt that the quality of nutrition they could access deteriorated too.

Hard hitting as these numbers are, dipping incomes also restricted women’s access to menstrual and reproductive supplies. The survey found that 16% of respondents who previously had access to menstrual products experienced limited or no access to them between March and November 2020. Inter-state restrictions during the lockdown disrupted supply chains, with women unable to find sanitary pads in local kirana stores or primary health centres. School closures meant that pad distribution under the Kishori Shakti Yojana (KSY) stalled as well.

Also read: COVID-19 Has Made the Rocky Road to Gender Equality Bumpier

Reproductive choices also shrank. Data from India’s Ministry of Health and Family Welfare predicted an additional 24 lakh unintended pregnancies in the first six months of the pandemic. Our survey corroborated this: more than one in three married women were unable to access contraceptives – either because they couldn’t afford it or for safety concerns about visiting primary healthcare centres (since female sterilisation is the most common contraceptive method).

Government support has proved valuable in some respects. As we brace for a third wave, can it play a larger role in mitigating future outcomes, and prioritise women’s needs?

First, we would recommend that the public distribution system (PDS) be made a key site of intervention. It’s a government support mechanism with very high coverage (reaching 70% of the women in our survey). Dependency on PDS was higher than on any other government support channel during the crisis. If immediate efforts are geared towards ensuring food sufficiency for all family members, the benefits could trickle down to women – particularly in food-insecure households.

The government’s recent announcement to extend the provision of free ration until November end is hugely consequential in this respect. We would also urge the government to consider increasing the current PDS entitlement from 5 kg to 10 kg.

Second, there is also the larger question of enhancing nutritional quality by deepening the PDS. Last year, the government expanded free rations to include pulses – they should be extended to this year as well. In the longer run, it might also be time to start thinking about expanding entitlements to include other substantive nutritional items, like fruits and vegetables.

Our survey also recommends bundling sanitary pads and other menstrual hygiene products together with ration at fair-price shops. Budgetary allocation from the currently halted KSY could be diverted to this end.

States would do well to act now, in a targeted way to reach women, by rolling out the ‘One Nation, One Ration Card’ (ONORC) scheme. Previous studies have highlighted that women – especially single, divorced or widowed – are among the most vulnerable groups to become excluded from food security programmes. The ONORC could address this by placing single women on the priority list and relaxing requirements to acquire separate ration cards.

The government could also directly target income losses and financial insecurity. Our survey shows that the rural employment guarantee scheme and self-help groups were strong sources of support for women. These are great avenues to ensure women recover quickly and develop income security. 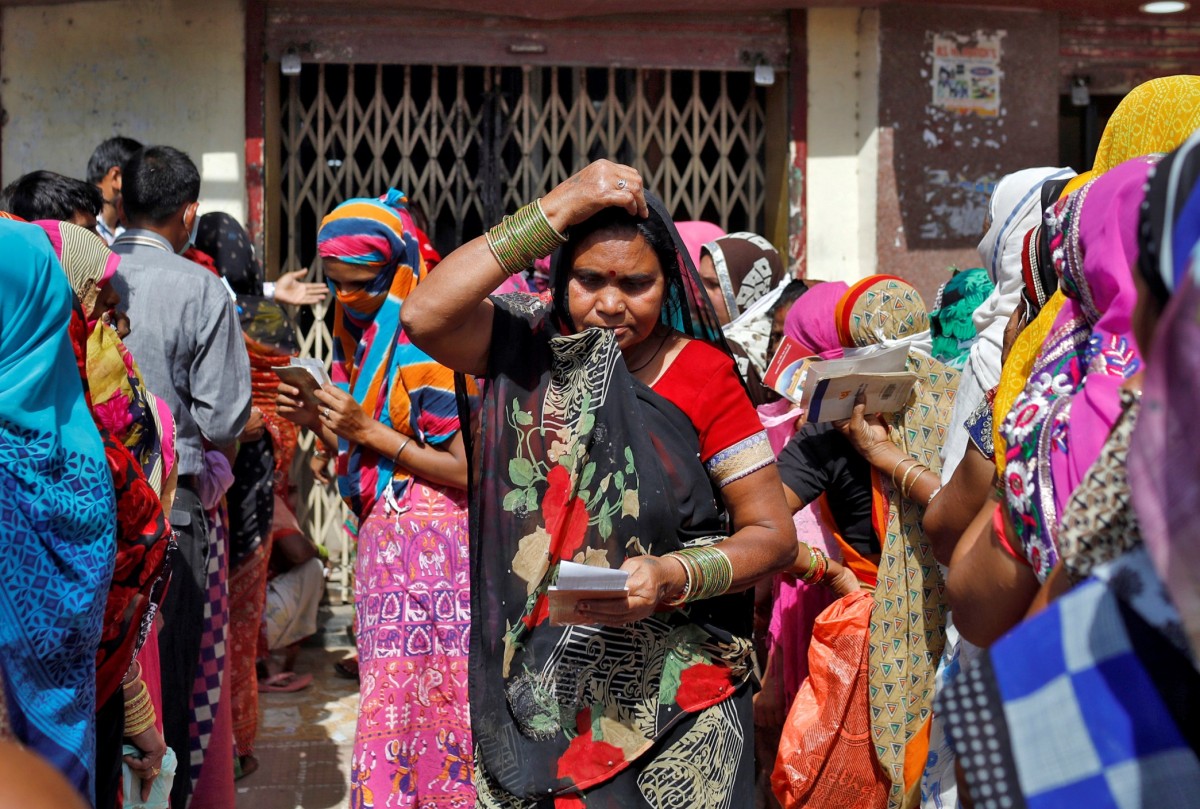 Cash transfers made a major difference last year – even though coverage was variable – and our data suggests families could still use this additional support. Such measures would help address income challenges and support more regular, better-quality nutrition intake, and possibly also benefit women’s access to contraceptives and menstrual products. These are costs we could consider taking on now, bearing in mind that there will likely be crucial investments to mitigate some of the long-term consequences of food insecurity.

Finally, our survey shows that gender plays an outsized role in determining access to material resources and physical health, among other things. And our findings confirmed what we expected to happen based on history and prior research.

While our survey informs ways to better the lives of cisgender women, which is critical, the people focused on interventions must be mindful of the depth of the gender conversation. Work by organisations such as the Solidarity Foundation have revealed the vastly diverse healthcare needs of gender and sexual minorities. The unavailability of medicines, concerns over visiting clinics and ban on public transport uniquely impacted transgender persons, who need medical supervision and access to hormone replacement therapy drugs.

These perspectives should be accounted for when building social and policy environments that are more gender-sensitive and -inclusive.

In all, women could have, and should have, been served better from the start of the COVID-19 pandemic. There are still opportunities for course correction: our recommendations offer ways to provide immediate relief as well as meet more longer-term recovery concerns for millions of women.

Swetha Totapally, a partner at Dalberg Advisors, is a leader of the firm’s gender equality and technology practice areas.