By creating awareness and using their widespread presence in semi-urban clusters to carry out rapid testing, mohalla clinics could have played a decisive role at the primary healthcare level. 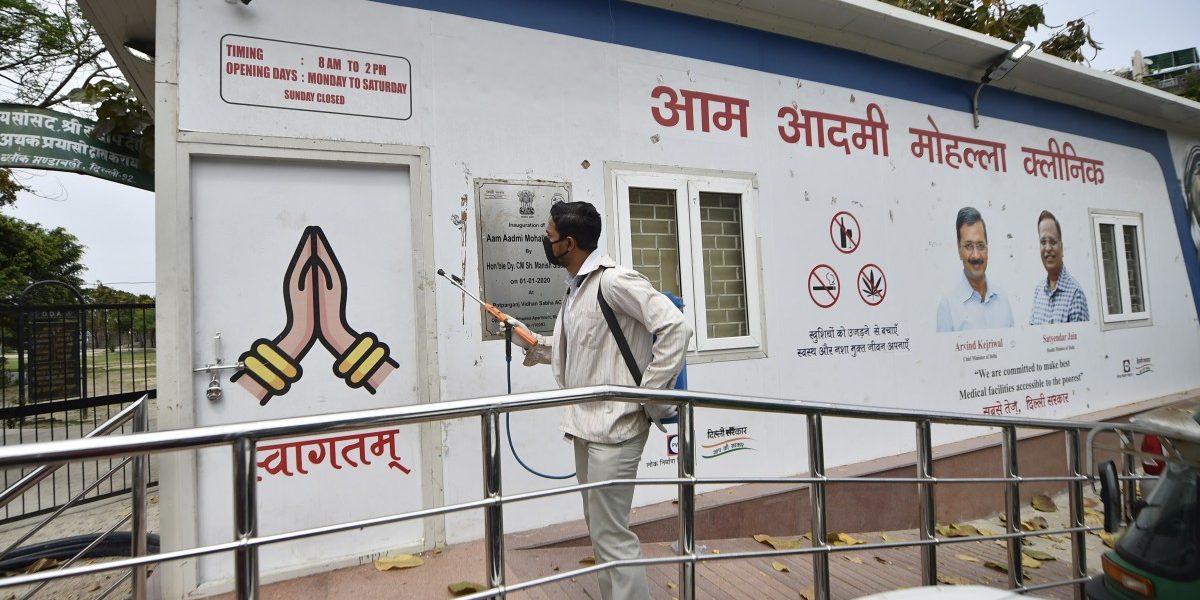 Despite various efforts by the government, Delhi continues to be a major hotspot of COVID-19 in India. Many health experts had earlier opined that the Indian healthcare system would soon be overwhelmed. This has becoming evident in Delhi where the pandemic has aggravated the situation and brought the immense pressure on the hospitals to light. As such, most of the shifts in stance and strategy of the Delhi government regarding its policies to combat COVID-19 have delivered only mediocre results so far.

While much cannot be done by the Delhi government in terms of curative care, there is a lot that could have been done when it came to preventive care in fighting the battle against COVID-19. Delhi already has a well-defined three-tier healthcare system with mohalla clinics being the providers of primary health care. These are followed by polyclinics, which form the second tier. Tertiary healthcare is delivered through government hospitals.

This healthcare pyramid, with a continuously improving network of mohalla clinics, and which could have been effectively employed to fight the battle against coronavirus, has been completely ignored. The pressure has fallen on the tertiary tier of government hospitals.

This article, which is based on a visit to a mohalla clinic and phone conversations with two field-monitors, examines how the clinics have fared during the crisis and the role they could have played in battling the virus.

The mohalla clinic we visited was located in the Mayur Vihar area of East Delhi. We were told by the doctor that since its inauguration in early 2020, the footfall has never been high – primarily because it is located in a posh area.

We were told that despite the low footfall, the clinic had continued to function during the lockdown. But since most people in the area practiced home isolation and social distancing, the doctor said, no potential COVID-19 cases had cropped up.

On the subject of creating awareness about COVID-19, we were told that during the first few weeks of the lockdown, the Delhi government had asked mohalla clinics to distribute some pamphlets that included the essential ‘dos and don’ts’ to ward off the virus. These pamphlets were only distributed to patients who visited the clinic.

After a few weeks, the pamphlets stopped arriving and then there were no further orders from the government.

We also spoke over the phone to two field monitors responsible for keeping track of the activities of all mohalla clinics that fall in the area designated to them. One of them, Arun (name changed), told us that the mohalla clinics in Northeast Delhi that he is in-charge of were functional during the lockdown. However, the footfall was very erratic. On busy days, although the crowd were mostly the regular patients who needed their quota of medicines, there were certain cases when people came in panicked, fearing that they had symptoms of COVID-19.

On being asked whether mohalla clinics were equipped to handle such potential COVID-19 cases and what the course of action adopted by the doctor and staff was in such cases, we were told that the patients were mostly sent back to their homes with paracetamol. Also, the mohalla clinics could do nothing in such cases, except refer the patients to hospitals to get tested. The field monitor also said that most of the hospitals were also handing out paracetamol to patients, as no medicine for COVID-19 is available so far. He added that the Delhi government has launched an app that can be used to reserve beds in government hospitals if one is suspected to have COVID-19 and that the government is emphasising on home quarantine as there is too much pressure on hospitals.

To the questions of whether the government was providing PPE kits to the doctors and staff at mohalla clinics and whether the clinics were sanctioned to conduct tests, the answer to both was ‘no’.

We also asked the field monitor if clinics were providing free sanitisers and masks to patients. Again, we were told that there had been no such order from the government. Even so, clinics have been asking people to practice social distancing and to wash their hands and use sanitisers frequently.

Also read: 800 Quarantined After Coming in Contact With Doctor Who Has COVID-19 in Maujpur

Another field monitor Karan (name changed), who supervises a few mohalla clinics in Northwest Delhi, told us that when the first case of COVID-19 at a mohalla clinic made headlines, many patients became wary of visiting clinics. The footfall of patients also fell in clinics within containment clusters. Though the clinics under his supervision did not shut down, the doctors – owing to the dearth of protective facilities – and patients had their own reservations about visiting the mohalla clinics.

He noted that there is still a lack of PPE kits for both doctors and staff and they only have regular surgical masks and gloves.

The field monitor blamed panic about the virus for the scenario. According to him, the government could have effectively used mohalla clinics in help contain the spread of COVID-19, mainly by creating awareness and using their widespread presence in semi-urban clusters to carry out rapid testing.

It’s clear that though mohalla clinics could have played a decisive role in the battle against COVID-19, they have been completely ignored.

The AAP government, which promoted mohalla clinics as one of its flagship programmes, has failed to visualise the crucial contribution these clinics could make in fighting the pandemic by virtue of their availability, affordability and accessibility.

While the Delhi government comes up with new policies and measures each day to mitigate the coronavirus crisis, if it does not empower mohalla clinics with resources and make good use of their networks and medical data, it will be a lost opportunity for Delhi and its people to help alleviate a bit of the misery and distress being caused by COVID-19.

The authors are doctoral researchers in the Department of Humanities and Social Sciences, IIT Delhi.