In terms of the spread of the disease, Sri Lanka has the best position and India is the worst hit. Forty days into the epidemic, India has consistently recorded the highest cumulative and daily case count and highest death rate among the four largest SAARC countries. 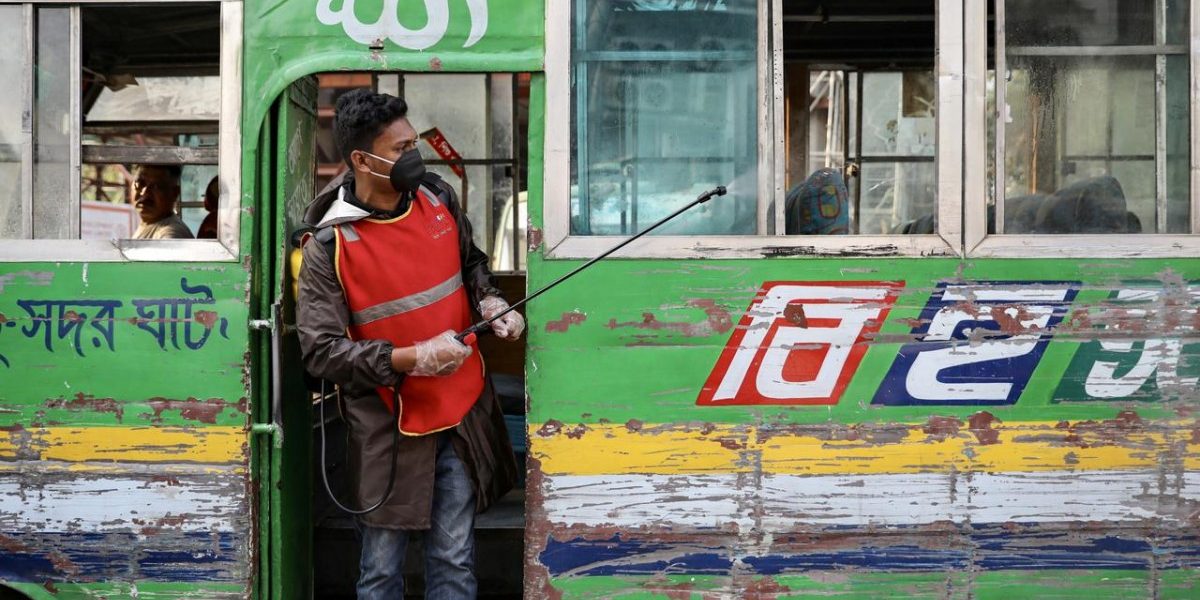 A volunteer sprays disinfectant inside a bus amid concerns about the spread of coronavirus disease (COVID-19) in Dhaka, Bangladesh, March 18, 2020. REUTERS/Mohammad Ponir Hossain

This is the first of a three-part analysis looking at the comparative performance of major South Asian nations in terms of managing the public health and economic fallout of the novel coronavirus.

In recent days, comparisons of India’s COVID-19 situation with countries in Europe and North America have been often used by the Indian government to highlight the apparent success of its pandemic strategy.

These comparisons are not fair. Hence, the conclusions are largely misleading.

The spread of the pandemic has been very different in Europe and North America from most other countries in the world, including India. This has puzzled scientists and public health experts. Many hypotheses explain this puzzle, like climate, geography, genetic make-up, age-structure of population, BCG vaccination, are currently under investigation.

No matter which of these factors turn out to be important, the fact of the difference in the shape of the pandemic between Europe and North America, on the one hand, and the rest of the world, on the other, remains salient.

The effectiveness, or otherwise, of India’s pandemic strategy (at the Central level) can be better assessed through a comparison with its neighbours. In addition to being similar in terms of economic structure and average income, India’s neighbouring countries are also similar in all these respects that might account for differences in the pandemic’s spread – climate, geography, genetic make-up, age structure, BCG vaccination. Therefore, variation in the spread of the pandemic in these countries can be largely attributed to country-specific responses.

Motivated with this understanding, we offer a comparative analysis of the spread of, and government responses to, the COVID-19 pandemic in four South Asian countries: Bangladesh, India, Pakistan and Sri Lanka.

The spread of COVID-19

According to the Worldometers website, on May 8, the cumulative case count in the four countries are as follows: Bangladesh has 13,134 cases; India has 59,693 cases; Pakistan has 26,435 cases; and Sri Lanka has recorded a total of 824 cases.

Part of the variation in the cumulative case counts comes from the different duration for which the pandemic has been active in each country. To get a better comparative picture of the rapidity of the spread across the four countries, we therefore start counting cumulative cases in each country since it first reported 50 or more COVID-19 cases. 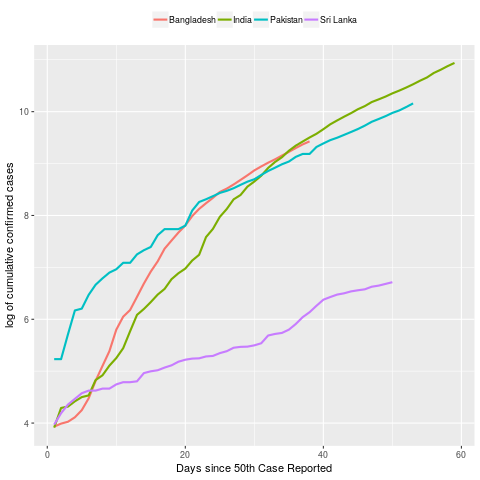 Figure 1. Logarithm of cumulative case count of COVID-19 till May 08, 2020 in four South Asian countries. A steeper line indicates faster growth of total case counts. Source: The data are taken from the Our World in Data website.

The two charts together highlight some important differences across these four countries regarding the spread of COVID-19. Sri Lanka is the clear outlier and the best performer here. It has had the outbreak for the longest duration but has managed to limit the case count the most. Not only is its total case count several fold lower than in India and Pakistan (Figure 1), but its daily growth rate has also been declining over the past several days (Figure 2). 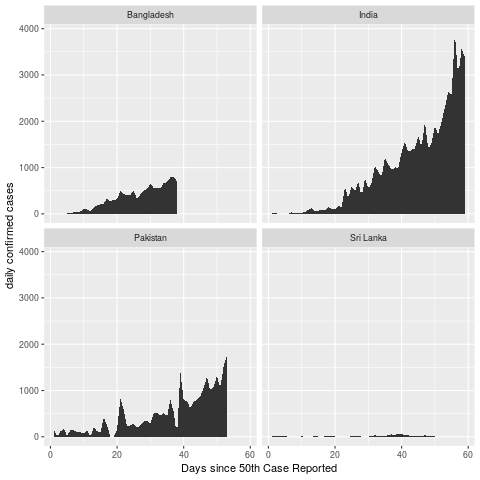 Figure 2. Daily case count of COVID-19 till May 08, 2020 in four South Asian countries. Source: The data are taken from the Our World in Data website

India and Pakistan have recorded the highest number of cases (Figure 1), with India having about 11,499 more cases than Pakistan on the 53rd day of the outbreak (since each country first reported 50 or more cases). When we look at the number of daily cases, we see that not only are they high but have also been rising for the past several days (Figure 2).

In Figure 3, we look at the death rate of COVID-19 (deaths per 100 confirmed cases) in the four countries. This gives an indication of how fatal the pandemic has been in each country. Bangladesh started out with a very high death rate, but it has managed to reduce it drastically to below 2% within a month of the outbreak. In Sri Lanka, there was an initial period when the death rate was rising. But from day 20 onwards, the death rate in Sri Lanka has fallen steadily and is now close to 1%. In contrast, Pakistan and India have both seen the death rate rise over time. In terms of levels, the death rate at present is highest in India – at about 3.52%. 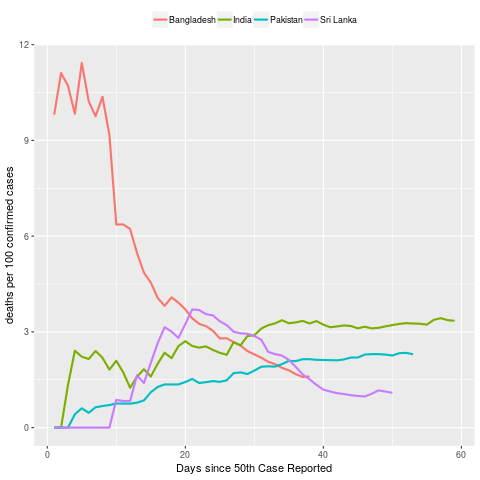 Figure 3. Death rate of COVID-19 (deaths per 100 confirmed cases) in four South Asian countries till May 08, 2020. Source: The data are taken from the Our World in Data website.

In terms of the spread of COVID-19, Sri Lanka has the best position and India is the worst hit. After about 40 days into the epidemic (which, in our analysis, starts when a country first reports 50 or more cases), India has consistently recorded the highest cumulative and daily case count. Its daily case count has kept increasing, and it has recorded by far the highest death rate among these four countries.