Why Justice Chandrachud's Line of Questioning on Vaccine Negotiations is Important

The apex court should seek specific details from SII and Bharat Biotech of what transpired between them and the PMO since last December. 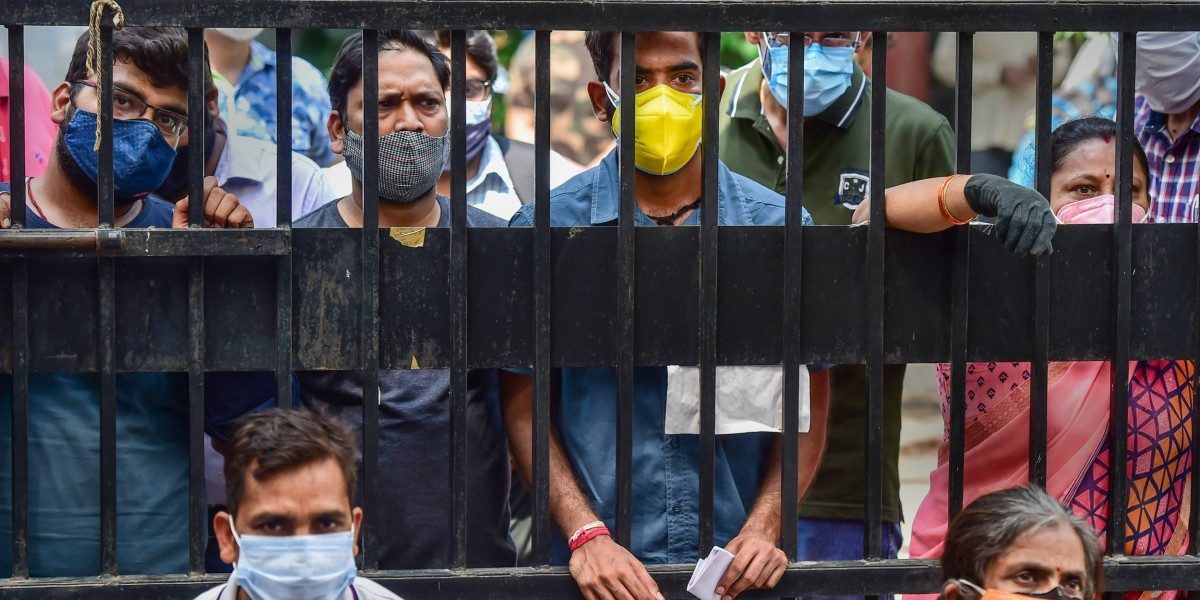 Beneficiaries wait to receive the second dose of the COVID-19 vaccine at a vaccination centre in New Delhi, Thursday, June 3, 2021. Photo: PTI/Manvender Vashist

The Supreme Court has rightly described the Centre’s vaccination policy for the 18-44 age group as “prima facie arbitrary and irrational”. But what is infinitely more important is that the apex court has demanded answers to key questions which citizens have been asking for months.

Most crucially, an apex court bench headed by Justice D.Y. Chandrachud has directed the Centre to place before it full details of all vaccine procurement negotiations in the past. The government recently claimed it had been negotiating with US pharma companies since July 2020. If so, what progress was made over nine months is a moot question.

Much more critical than imports, however, are the details of negotiations conducted by the prime minister in a hush-hush manner with both domestic producers, Serum Institute of India and Bharat Biotech, since November 2020. It is open knowledge that since last year, both SII and Bharat Biotech have been seeking a clear picture ― a pre-order and capital support so that they could rapidly increase capacity. Timely action then would have produced capacity by March which will now be seen only by the end of July. The Supreme Court must conduct a detailed inquiry into how five months ― from November to March ― were lost without any substantial pre-ordering from the domestic producers, or capital support to them for expansion. In fact, the apex court should seek specific details on these counts from SII and Bharat Biotech, of what transpired between them and the PMO since last December.

The apex court has done well to ask for such details, as they lie at the root of the severe shortage of vaccines in the near term, which is posing a huge risk to both lives and livelihood. Balram Bhargava, director general of the Indian Council of Medical Research, has officially stated that the required supply rate of 10 million jabs per day would be feasible only by the end of July, or early August. Many experts contest whether even this target can be reached. If SII and Bharat Biotech together had been given a pre-order for 300 million vaccines a month last December, India would have been vaccinating by March at the rate it plans to achieve by August.

This is the biggest failure of Prime Minister Narendra Modi. The states have absolutely nothing to do with what transpired between the Centre and the domestic vaccine companies from November to March. The state governments were brought into the picture only on May 1, when the Centre arbitrarily decided to provide jabs for the 18-44 age group.

The Supreme Court has rightly asked the Centre to provide legal justifications for evolving a separate set of discriminatory parameters for this age group. If the government could provide free vaccinations for the 45-plus age group, including frontline health workers and other vulnerable groups, why were the same rules not extended to the 18-44 age group?

The court has also asked how the Centre arrived at a higher price, to be paid by states for procuring domestic vaccines, whereas it had procured the very same vaccines much cheaper in the first round. And, of course, what was the basis of apportioning quotas to the states and private hospitals? The Supreme Court has asked the Centre to present a precise road map of vaccinations in the weeks and months ahead, and how it will spend the Rs 35,000 crore budgeted for the purpose. Needless to say, there is no transparency on these counts.

Also read: Centre Should Procure Vaccines For All. Anything Else is Contrary to Efficiency and Equity

In short, the Supreme Court has asked all the questions that anxious citizens have been asking. When the Centre’s law officer suggested to the court that policy-making is best left to the executive, the Supreme Court gently but firmly said, “Policy-making continues to be the sole domain of the executive. The judiciary does not possess the authority or competence to assume the role of the executive … This separation of powers does not result in courts lacking jurisdiction to conduct a judicial review of these policies.”

With this, the Supreme Court has made it clear that it will continue to examine the vaccine policy against the backdrop of India’s past practice of universal vaccination, which requires the Centre to fulfil its constitutional obligation of protecting the right to life. Especially so in the middle of a devastating pandemic, which has taken an unprecedented toll already. It remains to be seen whether the Centre will transparently answer all the questions the court has asked. Or would it prefer to deliver its reply in a sealed cover?