While the BJP has brought in a scheme that does little to improve public health and does a lot to boost the private sector, Congress is promising an entire reversal of it. 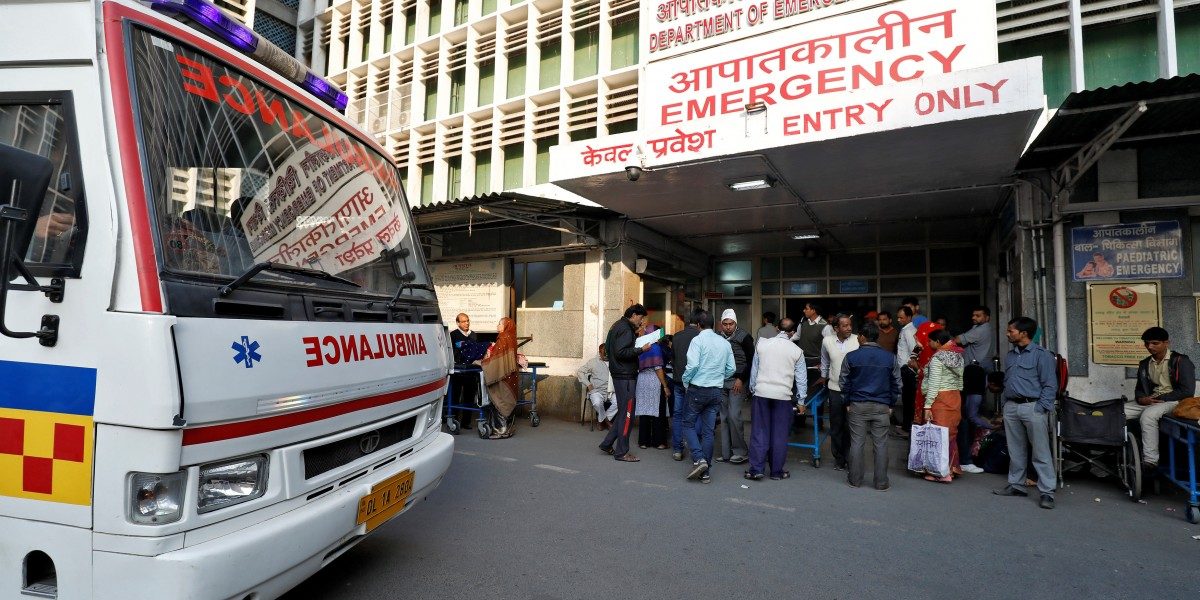 India spends 1.3% of its GDP on healthcare, much lower than the global average of 6%. Credit: Reuters/Saumya Khandelwal/Files

New Delhi: The Congress Party, in its manifesto on Tuesday, promised to double spending on healthcare in India to 3% of GDP and bring in legislation for the Right to Health.

The manifesto also strongly criticised the BJP’s glitzy health insurance scheme, Ayushman Bharat: “We are of the firm belief that the insurance-based model cannot be the preferred model to provide universal healthcare in our country.”

Instead, Congress promised to “vigorously promote and implement the free public hospitals-model to provide universal healthcare.”

Congress has made clear their health vision for India. While the BJP has brought in a scheme that does little to improve public health and does a lot to boost the private health sector, Congress is promising an entire reversal of it.

However, although the Congress promises a higher expenditure on health and the building of public infrastructure, this sits at odds with the rest of the manifesto, which assures tax breaks for a range of things and explicitly promises to increase defence spending.

Congress is promising a right to healthcare, 3% GDP, primacy to states , putting end to ‘tax terrorism’, lower tax rates, more defence spending, free-public hospital model, filling all vacancies… and the primacy of the market, all in the same breath – it just doesn’t add up

The BJP’s Ayushman Bharat, has, in fact, promised to allot land to the private sector and to even fund unviable projects. The government says they want to classify private hospitals as an industry and that they would fund the building of private hospitals which may not necessarily have to be transferred back to the government later on. The Wire reported on this in January.

Also read: In the Wake of Ayushman Bharat Come Sops for Private Hospitals

It is also not “universal” even though the government calls it the “largest healthcare programme” in the world. In fact, in some states like Kerala, the Central government scheme covers about 20.54 lakh family but the state government’s own insurance scheme prior to this covered an additional 19.4 lakh people, according to The Hindu.

Some Congress-ruled states have also begun the downgrade of the BJP’s Ayushman Bharat. For example, in January, the new Congress government in Chhattisgarh said it would replace the Centre’s health insurance scheme with universal healthcare.

Promises on food, sanitation and environment

The party also promises to increase the number of doctors, establish more medical colleges, increase the capacity of colleges and provide scholarships and loans. On the issue of medical education, the party contentiously promises to cancel the NEET exam for entry into colleges and allow states to run their own exams.

Apart from the chapter dedicated to health, the party has also made promises which impact health in other chapters like the ones on food and nutrition, security, child welfare, water management, sanitation and hygiene, environment and climate change, climate resilience and disaster management.

The manifesto lauds the party itself on the ‘National Food Security Act, 2013’ which it brought in and promised to “work tirelessly” to assure food security. The manifesto says they will be paying special attention to particularly vulnerable tribal communities.

While the same manifesto also says the party will push for Aadhaar to be used for those who need to access government benefits of cash and kind, the Congress also says that linking of Aadhaar will be voluntary but encouraged and that ultimately, no one would be excluded for not linking their Aadhaar.

The party promises to take care of women and children through the mid-day meal scheme, the ICDS and anganwadi workers.

The Congress also says it will introduce the ‘Nirmal Bharat Abhiyan.’ The previous UPA government had introduced a scheme by the same name, for toilet construction. The BJP renamed it to Swachh Bharat Mission. The Congress says they will revert to their scheme but will not be “chasing numbers.”

Importantly, Congress specifically promises and fixes a deadline of three years “to end the evil of manual scavenging.”

The manifesto also has a chapter on environment and climate change which says: “Congress recognizes that air pollution is a national public health emergency.”

They promise to develop a comprehensive land and water use policy, which will also consider biodiversity and local communities. They further promise to check the discharge of effluents into water bodies, to protect coastal zones, to stop illegal sand mining and implement solid waste management all over the country.