C-sections were developed to deal with life threatening medical conditions during delivery, but is being practiced irrationally for profit and convenience. 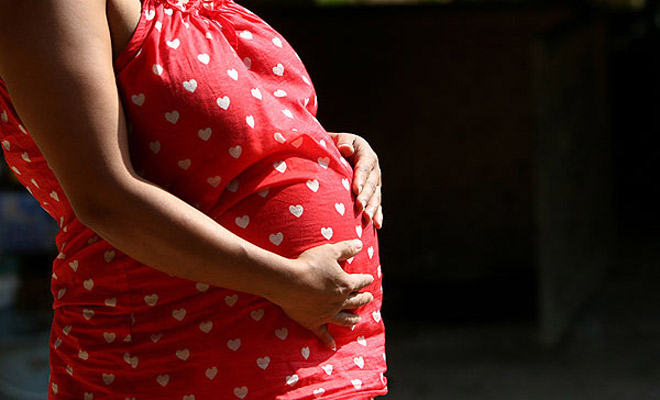 Recent data from the National Family Health Survey 2014-15 (NFHS-4) reveals that at the all India level the rate of C-sections have doubled over the last decade, while in last 20 years, it has risen six times. In some states like Telangana, Tripura, West Bengal, Kerala, Goa, Andhra Pradesh and Tamil Nadu, the rate is alarmingly high, with Telangana (74.9%) having the highest number of C-section deliveries in private hospitals. There is no denying that c-sections can be a life-saving procedure for child delivery and might be absolutely unavoidable in some cases. However, the increasing influence of non-medical factors for performing C-sections is a growing concern.

WHO norms (1985), suggest that a rate of 10-15% is considered appropriate for C-sections, as per medical indications. However in India, especially in urban areas and among richer sections, in private hospitals, the C-section rate is much higher than is medically required. This indicates a trend where C-sections are being conducted for non-medical reasons. Though data on the number of C-section deliveries is easily available, there is no direct data revealing the proportion of C-sections that were conducted without medical necessity.

Data shows that economics, and not medicine, plays a part in deciding the type of delivery. For instance, according to NFHS-4 data, this rate is three times higher in private hospitals (31.1%), as compared to public hospitals (10.0%). This may be a reflection of increasing privatisation, betraying a greater profit motive in the provision of healthcare facilities in recent times, as has been argued by Sancheetha Ghosh. On analysing deliveries by wealth index (2005-06) for Indian women from richer families, the C-section rate is almost 26%, while for the poorest women, it is only 1.5% – a non-medical differential of over 17 times. With a clear link to both income as well as the type of set-up – public versus private – these figures could well be a reflection of the increasing privatisation and commercialisation of medical services.

There are a number of factors that play significant roles in deciding the type of delivery. C-sections can be planned or done in case of emergencies. Planned C-sections might be conducted where there are medical indications like high maternal age, obesity, or breech position of a baby. Emergency C-sections are a trickier area. The decision can be made due to several medical factors, foetal distress and loss of amniotic fluid among them.

Going through labour in a vaginal delivery is painful; nonetheless it is a one-time pain. On the other hand, C-sections could have long-lasting and serious repercussions, which could include infection, increased blood loss, injury to organs, extended hospital stay and recovery time, and risk of additional surgeries such as hysterectomy, bladder repair or another C-section.

When it is evident is that although the procedure can cause complications for the mother and baby, the number of C-sections performed has been on the rise over the last two decades, in decisions increasingly influenced by non-medical factors.

Science or commerce of medicine?

The fact that C-section rates are higher in the private sector as compared to public hospitals is clearly linked with the profit motive and the unregulated nature of private hospitals. Another very important cause is ‘doctor-induced demand’. Several obstetricians push for C-sections as it more convenient since it may take less time to perform than a normal delivery and fetchs a higher income for the doctor and the hospital. Besides, doctors are seen with reverence and one prefers not to go against their word. Often, doctors misuse this trust and play on the fear that women might have about a normal delivery.

It is often argued that women should choose the type of the delivery they want. Here, the doctor’s role is very crucial in informing women about the pros and cons of having a C-section. However, in reality this freedom is being encashed upon by doctors. Further, it has also been observed that in the hospitals affiliated to medical colleges, generally the rates of C-sections are higher, since the resident doctors feel that they need practice to gain expertise in surgical skills. What is even more worrisome is that now many doctors, especially those graduating from private medical collages, have very little experience in conducting normal deliveries. If labour is prolonged, they are quick to jump to a C-section.

The problem of unnecessary C-sections in India is also partly cultural, with the ‘mahurat baby’ fad where astrologers, not doctors, advise families about an ‘auspicious time’ when the baby should enter the world.

This issue of rising rate of C-sections in India, while indicated by NFHS-4, has been further brought into the limelight through a recent petition on Change.org by Subarna Ghosh. Addressed to Union minister for women and child development Maneka Gandhi, the petition asks the government to direct hospitals to be more transparent about the percentage of C-sections they conduct. The government has taken cognisance of the petition, indicating that action may be taken. But to curb the epidemic of unnecessary C-sections in India, standard operating procedures should be developed and implemented, which lay down the scientific criteria for such operations.

As per provisions of the Medical Council Act, doctors are supposed to declare the number of C-sections performed in a particular span, if the information is sought. However, these seem to remain on paper. In addition to this, all hospitals should maintain records of the condition of the mother and the baby during labour. This will help to guide doctors about decisions regarding normal deliveries and C-section deliveries, and help in monitoring the practices. This could be part of the standards for the Clinical Establishments Act. Secondly, the government should standardise rates for normal and C-section deliveries, which could also be linked with the Clinical Establishments Act. This will help avoid doctors urging patients to opt for avoidable C-sections. Emphasis must also be placed on educating pregnant women about normal deliveries and the implications of having a C-section.

Shweta Marathe is a health system researcher working with SATHI-CEHAT, Pune. Renuka Mukadam is an independent consultant working on issues of health and gender.