More than 100 children have lost their lives to the disease in the Muzaffarpur district. 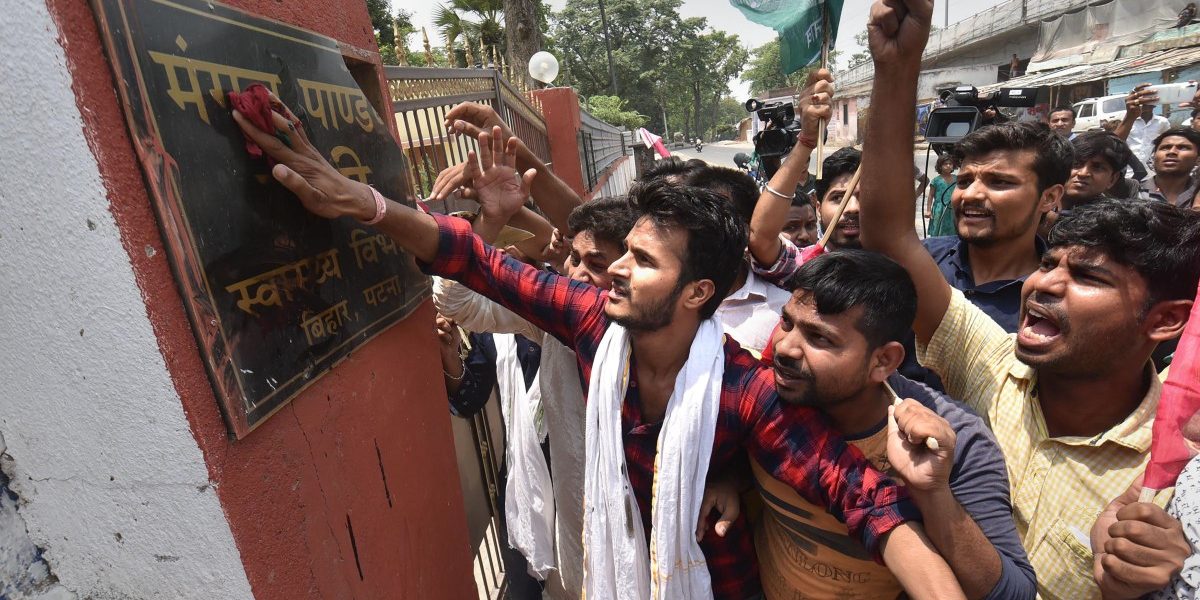 New Delhi: The encephalitis crisis in Bihar’s Muzaffarpur is showing no signs of dying down, and more than 100 young children have already lost their lives in the last few weeks. The state’s health minister, though, doesn’t seem to be taking the issue as seriously as one might expect.

During a meeting with Central ministers and health department officials to talk about the outbreak, Bihar health minister Mangal Pandey was busy worrying about the outcome of the India-Pakistan cricket match. “How many wickets have fallen?” he can be heard asking in a video recording of the meeting. “Four wickets down,” someone answers.

Pandey was sitting with Union health minister Harsh Vardhan and Union minister of state for health and family welfare Ashwini Kumar Choubey when he made his remark.

Choubey had earlier courted controversy for being seen to be “sleeping” during the same press briefing. He later claimed that he was not sleeping but “thinking”. “I also do deep thinking and was pensive. I was not sleeping,” he said.

Also read | Bihar: Who is Responsible for the Death of 100 Children?

Both Pandey’s cricket comment and Choubey’s “nap” had led to the opposition alleging that the government was making no serious efforts to tackle the crisis at hand. Dismissing these claims, JDU MP Dinesh Chandra Yadav said the “unfortunate” deaths take place every summer and they will stop when the rains come.

He also said that it Pandey’s comment did not mean the government wasn’t serious. “During India-Pak matches, there’s nationalism in people’s heart, they want India to win,” ANI quoted him as saying.

The government’s response to the disease outbreak has led to outrage, with many patients’ families alleging that hospitals are ill-equipped to deal with patients. When Union health minister Harsh Vardhan visited the Sri Krishna Medical College and Hospital, where more than 80 children have died, on Sunday, people protested about the lack of adequate care.

At first, the state had tried to deny the fact that children were suffering from Acute Encephalitis Syndrome (AES) and said instead that the deaths were because of hypoglycaemia (low blood sugar). As The Wire has reported before, they did not explain that hypoglycaemia is a common feature of AES.

Pandey and Choubey’s actions during the press briefing on Sunday are unlikely to make people feel confident about the government’s response to the disease that is claiming young lives.