In Patna, for instance, crematoriums saw 452.4% more COVID-19 deaths than officially reported between April 1 and May 20. Bodies of those who died of COVID-19 await cremation. Photo: Umesh Kumar Ray

COVID-19 death figures have been collected from seven cremation grounds in three cities – Patna, Bhagalpur and Muzaffarpur – and their municipal corporations. These figures are from April 1 to May 20, when India’s second COVID-19 wave was at its most intense.

In comparing data from the crematoriums with the numbers released daily by the state health department, The Wire found a huge gap.

According to the data released by the Bihar health department, from April 1 to May 20, 2,663 people died due to  COVID-19 in the state. In the same period, however, five crematoriums in Patna and one each in Bhagalpur and Muzaffarpur recorded 3,940 deaths due to COVID-19 – 1,277 deaths more than the official figure.

These figures don’t include most deaths which occurred in villages, because relatives largely cremated bodies in the villages itself. 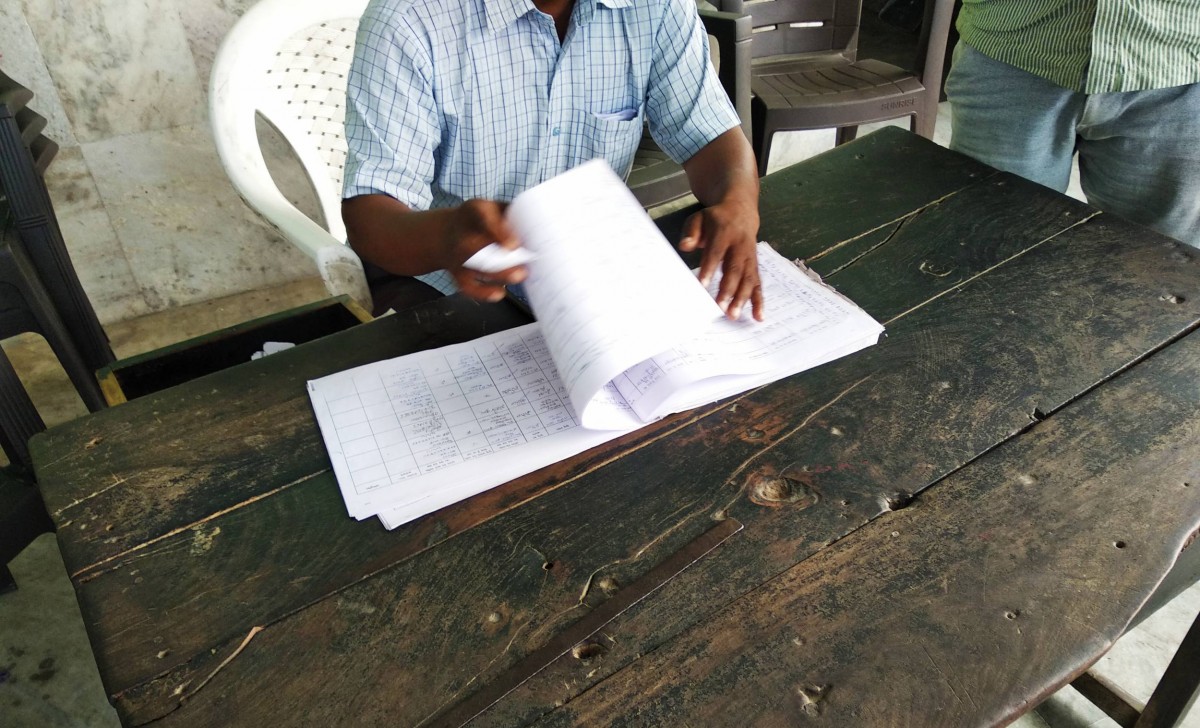 An employee updating the register on the bodies being cremated at the Bansghat crematorium. Photo: Umesh Kumar Ray

A Patna Municipal Corporation official, on the condition of anonymity, told The Wire, “On the basis of these figures, we give the government an account of how much wood and other resources were spent daily in the cremation grounds of the municipal corporation area. Apart from this, these figures are also used for issuing death certificates.”

There are mainly three cremation ghats – Bansghat, Khajekala and Gulbi Ghat – under the Patna Municipal Corporation area. In April, though, arrangements had to be made to cremate bodies at other ghats too, after the death toll due to COVID-19 increased exponentially.

Statistics from the corporation show that in the month of April, 1,589 bodies of people who were infected with COVID-19 were cremated in Patna Municipal Corporation crematoriums, while from May 1 to May 20, 1,352 bodies were cremated there.

Similarly, 694 COVID-19 infected corpses were burnt between April 1 and May 20 at Barari, the only crematorium in Bhagalpur city. Official data from the health department, though, claims only 170 people who died of COVID-19 were  cremated during this period.

Figures from the Muktidham cremation ground, located in Sikandarpur, Muzaffarpur district, about 90 km from Patna city, also reveal underreporting. According to government data, 208 people died of COVID-19 in Muzaffarpur district between April 1 and May 20, but an employee posted at the Muktidham crematorium told The Wire, “At this cremation ground, 315 people who died of COVID-19 have been cremated in this period.” Relatives of a COVID-19 patient who passed away carry the body out of a mortuary van. Photo: Umesh Kumar Ray

Earlier, corpses were burnt on wood alone at this crematorium. In January, an electric pyre was installed here – with that, it takes 120 kg of wood to burn one corpse.

“It takes 360 kg of wood to burn one corpse on wood alone. Installing an electric pyre was a great convenience as we didn’t require as much wood. But in April there was an unexpected increase in the number of dead bodies, so we faced a shortage of wood. We cremated bodies by getting wood from saw mills nearby,” the employee told The Wire.

He said only people from around the city come here to cremate their relatives. The last rites of those who died of coronavirus infection in remote villages would have been done there, so this doesn’t represent the whole district’s figure, he said.

Patna has the largest number of government hospitals in Bihar, so many COVID-19 patients came here for treatment from surrounding districts.

Both the infection and death rates were high in the district – but the government underreported the data.

According to the health department, 650 people died due to COVID-19 in Patna between April 1 and May 20. But in crematoriums under the Patna Municipal Corporation, 2,941 COVID-19-protocol cremations were held during this period, which is 452.4% more than the government figures.

Also read: India’s COVID Death Reporting Is Broken But Here’s How to Fix It

An employee who performs last rites at Bansghat, on the condition of anonymity, said, “In the second wave, there were days when 200 dead bodies would come for cremation. But by the end of May, the number of dead bodies has come down significantly.”

The increase in the number of bodies in the Bansghat crematorium can also be gauged from the fact that while usually only two electric pyres are used for cremations, in this time, due to the large number of corpses, nearby open spaces were converted into pyres as well.

“The two pyres have the capacity of burning only 50 dead bodies in 24 hours, but we used to get more than 100 bodies daily, so it was decided to allow cremations in the open area,” another employee at the Bansghat crematorium said. 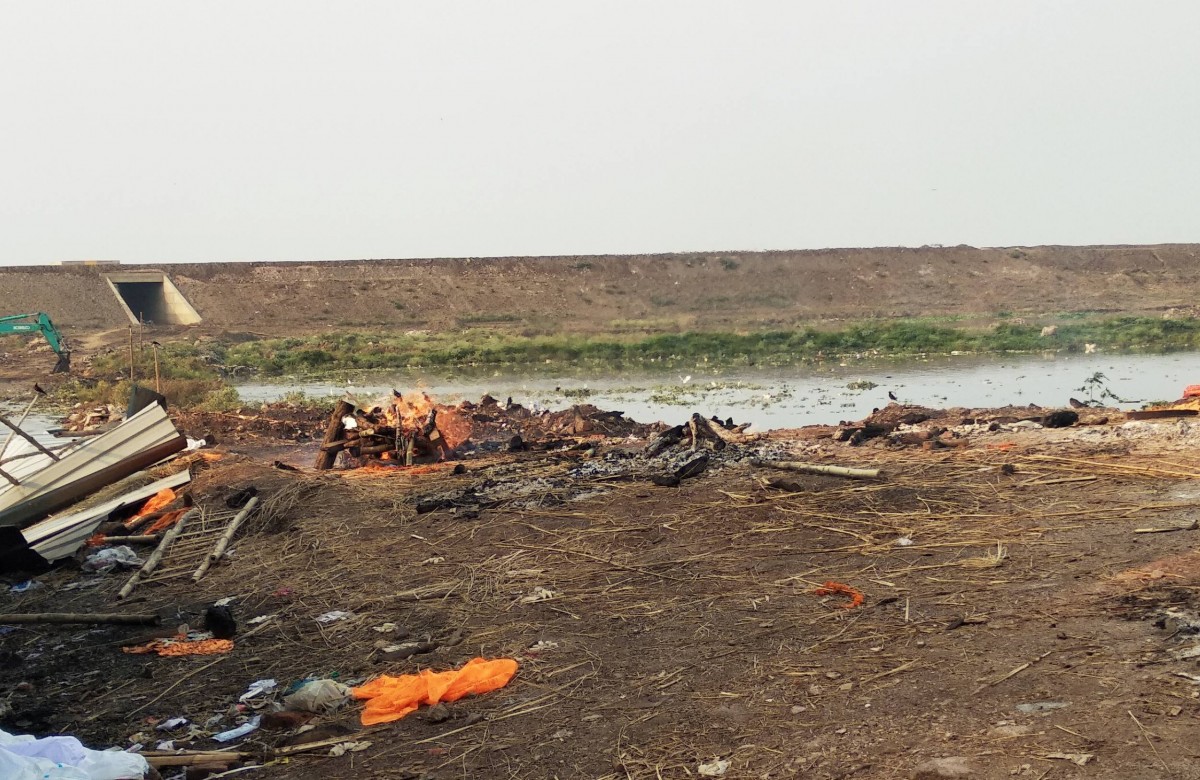 High court had pulled up government for data mismatch

On May 17, during a hearing on the state government’s COVID-19 management in the Patna high court, two government officials had given different figures on COVID-19 deaths in Buxar. Buxar was in the headlines last month when dozens of bodies were found floating in the Ganga there.

Only six COVID-19-related deaths occurred from March 1 to May 13 in Buxar, according to an affidavit filed by the chief secretary. The Patna divisional commissioner, however, submitted different data in his affidavit – he said 789 bodies were cremated at the Muktidham Charitravan ghat in Buxar between May 5 and 14.

The high court had expressed displeasure at this mismatch and asked the government to submit the correct figures.

The Wire made several calls to Pratyay Amrit, additional chief secretary of the health department, and Manoj Kumar, executive director of the state health society, but they didn’t respond.

Dr Sunil Kumar, secretary of the Indian Medical Association’s Bihar chapter, said, “The government has to pay a compensation of Rs 4 lakh to the family of every person who died of COVID-19. The government is showing smaller figures so that compensation does not have to be paid.”

According to information received under the RTI Act, till February 11, only 1,473 families of those died had been compensated in Bihar.

RTI activist Ajit Singh told The Wire, “Looking at the figures, it seems that the government is only including those people as COVID-19 deaths who are dying in government hospitals. Home isolation, private hospitals and the corona infected who die on the way are not getting a place in the list.”

“This will deprive the families of the deceased of compensation. The government needs to be transparent in collecting the death toll,” he said.