"I assure the people of the area, especially the affected families, that the government will extend all possible help and measures to the state government," Harsh Vardhan said. 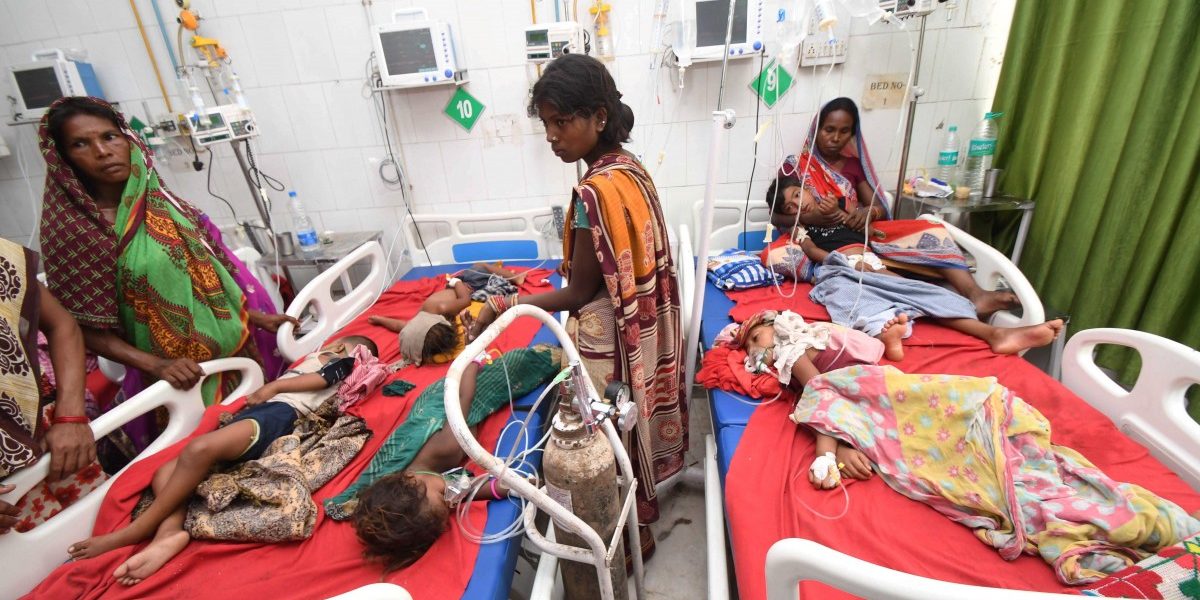 New Delhi: The death toll rose of children suffering from Acute Encephalitis Syndrome (AES) has risen to 93 in Bihar’s Muzaffarpur.

“I assure the people of the area, especially the affected families, that the government will extend all possible help and measures to the state government,” Harsh Vardhan said.

State government officials, however, maintained that majority of the victims had died due to hypoglycaemia, a condition caused by very low level of blood sugar and electrolyte imbalance.

Vardhan faced protests from family members of affected children during his visit. One man took off his shirt in anger. “Why do these politicians come here if they do not want to listen or care about us?” ANI quoted him as saying. “We chose them and made them leaders. They are all thieves. Our children are dying.” The man alleged that hospital authorities were not listening to him or taking proper care of his admitted brother.

Acknowledging the lack of a paediatric ICU at SKMCH, he announced that the medical college will have a 100-bed paediatric ICU in a separate building that will be constructed within the same campus in a year.

A “state-of-the-art” research centre will also come up at Muzaffarpur, he said.

Attributing heat and humidity as a possible reason behind the disease, the minister said the Ministry of Earth Sciences would help formulate an action plan with the state government to deal with the situation.

The India Meteorological Department’s observatory in Muzaffarpur will be also be upgraded, he said.

Vardhan asked health officials to expedite and complete the super-specialty block of the SKMCH, so that other departments of the facility could extend help and cooperation in tackling with the disease.

The minister said he met around 100 ailing children at the medical facility and their parents. “I went through each individual’s case sheet,” he said.

Seven children admitted at SKMCH and four in Kejriwal hospital were in a serious condition, the release said.

Chief minister Nitish Kumar has already announced Rs 4 lakh ex gratia compensation to the next of the kin of the deceased.