Bhramar Mukherjee of the University of Michigan said if the government had declared a moderate lockdown in mid or late March, 2021, daily cases would have peaked at 20,000 and 49,000, instead of touching 414,000. 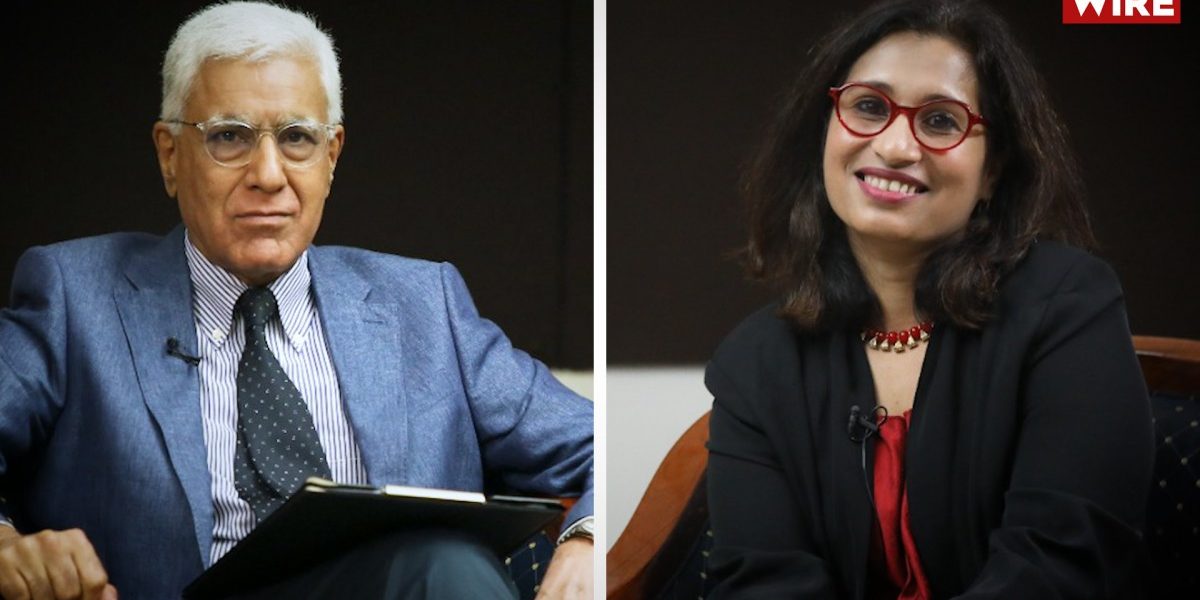 Bhramar Mukherjee, one of the United States’ most highly regarded professors of biostatistics, epidemiology and global public health, who has done path-breaking work on India’s COVID-19 experience at the University of Michigan, has said 13 million (1.3 crore) cases and 100,000 deaths could have been averted in the second wave experienced by India if the Modi government had acted in time.

Professor Mukherjee was quoting from her recent paper on India’s second wave called Resurgence of SARS-CoV-2 in India: Potential role of the B.1.617.2 (Delta) variant and delayed interventions.

Although she would not say the Modi government was principally responsible for the catastrophe India experienced during the second wave, on two or three occasions professor Mukherjee agreed that we cannot absolve the government of responsibility and blame.

In a 50-minute interview to Karan Thapar for The Wire, Mukherjee explained the astonishing but disturbing and disconcerting findings contained in her recent paper on the second wave. She said if the government had declared a moderate lockdown in mid or late March, daily cases would have peaked at 20,000 and 49,000, respectively, instead of touching 414,000. She said this means by April 15, approximately 2.6 million cases could have been averted, and by May 15, nearly 12.9 million cases could have been averted. That is a 97% reduction in cases.

She said, quoting her paper: “To summarise, had action taken place at any time in March, it is plausible that more than 90% of observed cases and deaths between March 1 and May 15 could have been potentially avoided.”

We now know that in early March, INSACOG, the government consortium of scientists, had forewarned the government the Delta variant could lead to a potential exponential rise in cases. This advice seems to have been ignored. The story was first reported by Reuters, quoting four or five unnamed sources within INSACOG.

It was then confirmed in an interview to The Wire by Rakesh Mishra, the former head of the Centre for Cellular and Molecular Biology and a member of INSACOG.

She also suggested the present spike in cases in the North East could be a result of the casual and careless manner in which the election campaign was conducted in Assam. At the time, the then health minister of Assam, Himanta Biswa Sarma, now chief minister, had publicly said that people in the state do not need to wear masks. He even claimed the work of beauty salons would be adversely affected if mask-wearing continued, as reported by India Today, quoting an interview to the Lallantop website.

She said her calculations done at the University of Michigan show total COVID-19 deaths would be five or six times more than the official figure of 420,000. This puts the total at somewhere between 2-2.5 million deaths. She also said the total number of COVID-19 infections would be between 500 and 600 million.

She disagreed with findings in a recent study by the Washington-based Centre for Global Development which claim that there were possibly more deaths in the first wave than the second.

She spoke at length about the situation confronting India today. She said that India is at a critical point where the R number is hovering around 1 (one). She said if people become complacent, drop their guard and behave carelessly, it can easily rise beyond 1 and then infections will begin to spread very quickly. On the other hand, it’s also possible that the R number can retreat. Much depends on how people behave.

Asked about a third wave and when and if it will happen, she said her mathematical projections at Michigan suggest that India will experience “a bump rather than a peak” around the end of August or early September. However, if this makes people complacent and careless, that bump can easily become a peak.

She spoke at some length about the situation in Kerala, pointing out that there is a balancing picture, different to the media impression that with cases averaging 40% or more of the national total, Kerala is India’s danger point. She said the balancing picture emerges from the fact 20% of Kerala’s population is fully vaccinated (as opposed to 7% nationally) and the fact its sero-positivity is only 43% (as opposed to 68% nationally), which shows that Kerala has protected its people far better than other states.

She also spoke about the belief in some quarters that with 68% sero-positivity and single vaccination coverage of 25%, India could be entering a comfortable situation. She doesn’t believe that is necessarily the case and pointed to the example of Manaus, where a devastating third wave hit even after sero-positivity levels of 75-85% had been reached.