A new policy in Kerala says vaccination is mandatory for school-going children. However, there is no clarity about what will happen to those children who don’t get vaccinated. 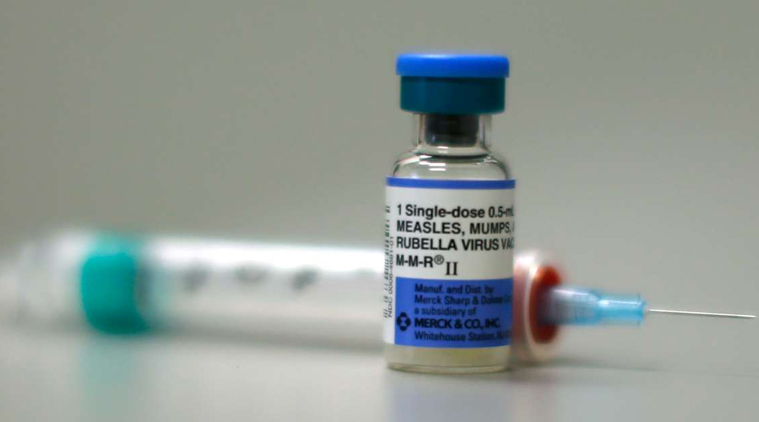 The Kerala state government’s controversial proposal of making vaccination certificates mandatory for admission of children to class 1 is being debated by key stakeholders such as parents, health activists, policy experts, former bureaucrats, and medical professionals.

Some see it as a necessary move to increase rates of vaccination. Others dub it as a coercive and unnecessary measure. Parents and schools are raising questions about how exactly it can be operationalised.

The major concern of the draft health policy is to bring down the Infant Mortality Rate (IMR) and the Under Five Mortality Rate (U5MR). According to the fourth edition of National Family Health Survey (NFHS) conducted in 2014-15, the state’s IMR is six deaths per 1000 live births and the U5MR is seven deaths per 1000 live births. In the NFHS-3, conducted between 2005 and 2006, the IMR was 15 and the U5MR was 16.

The 40-page draft policy however does not mention anything about students who do not have these vaccination certificates. With this issue left unknown, stakeholders fear it can be used to deny children access to education.

Dr N S Iyer, retired official of Kerala health department said, “Even though the policy recommended mandatory vaccination for school admission yet it keeps it wide open as to what is to be done for children not vaccinated. The Health Policy Preparation Committee would need to demand a proper explanation from the parents. There should be no question of any children being turned back for not producing a vaccination certificate.”

According to Kerala’s new health policy, the short-term goal is to bring down IMR from to 12 to 8. Now according to the NFHS survey, Kerala has already achieved this targets of the health policy- its figures for IMR are six deaths per 1000 live births

“The element of compulsion on the public can be hazardous. If there is resistance by a certain section of the population, it is the state’s duty to educate them about the relevance of immunisation and there should be statewide awareness drives for the same,” said Karkada Nagaraj, retired professor from Madras Institute of Development Studies.

“There are many ways to ensure 100% immunisation. The best way is to run awareness campaigns for the parents on benefits of immunisation rather than making it a social obligation”, he added.

Human rights activist P A Pouram shares the fears of Iyer. He said the new policy proposal could “curtail the right of children to have free and compulsory education under the provisions of the Right to Education Act, 2009.”

A group comprising of human rights activists, educationists and alternative medical practitioners is planning to file a plea in the Kerala high court against the state government’s decision The Hindu reported.

Rumour campaigns against vaccines compete with the government’s policy

Jemini Koshy (33), a resident of Malappuram, said, “we did not get my 5-year-old son vaccinated during the vaccination drive, as we were scared after receiving messages on Whatsapp and Facebook. Now we are forced to get him vaccinated for his upcoming admission process”.

Some parents received these rumours but still are vaccinating their children. 30-year-old Greety Jose from Chellanam, Kerala said, “My child is 30 months old, despite reading these Whatsapp texts and Facebook posts, I decided to consult a paediatrician. I would advise every parent to consult their doctor and not believe in fake news on the social media.”

The mandatory vaccination certificate rule is being opposed by parents largely due to controversies surrounding the first phase of universal immunisation campaign against Measles-Rubella (MR) last year. While an MR vaccination drive was underway in Malappuram last year, many parents refused to cooperate with medical staff and a group of parents attacked a nurse named Shyamala Bhai in Athipattu, Malappuram district.

Other anti-vaccination posts came from alternative medical practitioners like Jacob Vadakkanchery. Vadakkanchery is a naturopath who had been campaigning against vaccination for the last few years. A Facebook video he posted in October 2017 went viral. He says in it, “United States of America has special courts to deal with cases regarding the victims who lost their lives after taking vaccinations.” Another online petition was also started by a Bengaluru parent raising several questions about MR vaccination.

Rubbishing the rumours, Dr P T Sebastian, a practising paediatrician in Kerala said “the general public is unaware of the importance of vaccination. The government should have awareness campaigns along with vaccination drives that took place last year. The Measles-Mumps-Rubella vaccine is as safe as any other vaccine given to children”.

Iyer, who is also the Kerala state consultant for United Nations International Children’s Education Fund (UNICEF) said, “the compulsory vaccination certificate is a very bold step by the state government. Several countries in the world including US, France and Italy had made the vaccination mandatory.” He further mentioned, “In spite of the whole government machinery moving into action, there are still gaps of children who were not covered in the recently concluded MR vaccine drive, due to anti-vaccination campaigners. These parents were negatively influenced by anti-vaccine lobbying.”

But the acts of a few parents holding out against vaccinating their children, can soon endanger thousands of others.

On this, Dr Udaya S Mishra said “Vaccination is more than a personal choice but a social obligation. Adhering to vaccination guarantees herd immunity. However, vaccination can always be the right of the individual and the choice of adhering to it is for greater social good more than protecting oneself.” Mishra is professor of population studies at Centre for Development Studies, Thiruvananthapuram.

Bharvi Dasson is a freelance journalist, currently studying at the Asian College of Journalism, Chennai.