Allegations of fraud have been seen in hospitals across Uttarakhand. 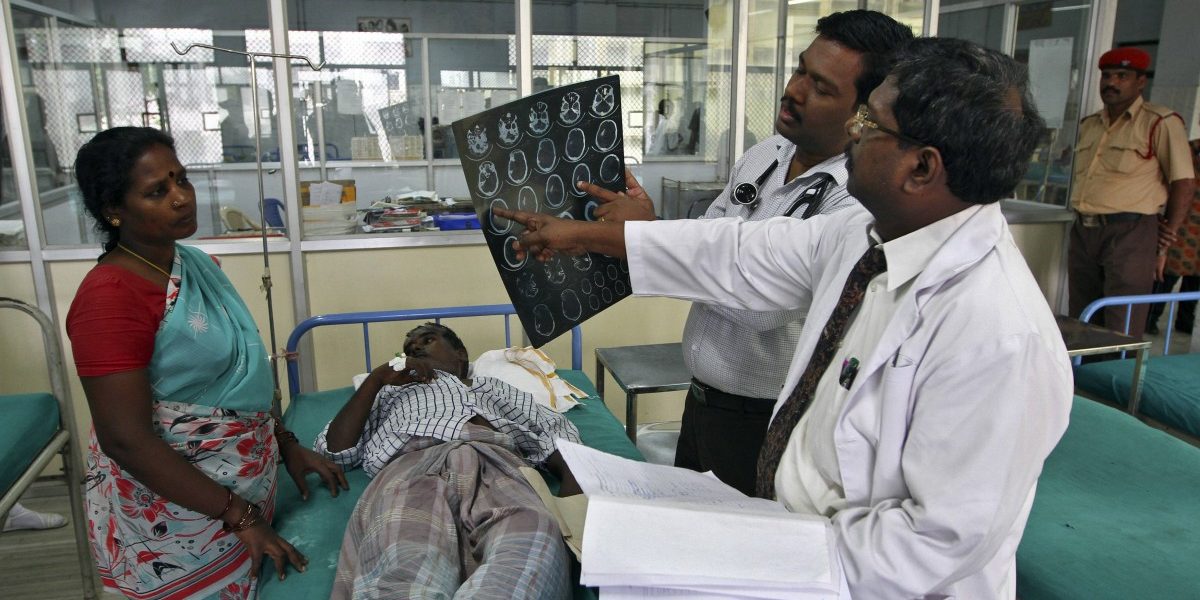 The National Health Authority announced on June 24 that as many as 30 lakh people have availed themselves of Ayushman Bharat benefits. Representative image. Photo: Reuters

Reaching millions, one smile at a time | We’re happy to report that 30Lakh beneficiaries have availed the benefits of #AyushmanBharat #PMJAY in 272 days. We pledge to reach out to many more. @PMOIndia @MoHFW_INDIA @NITIAayog @drharshvardhan @ibhushan @drdineshias @amitabhk87 pic.twitter.com/OA1YEo6lZK

Cases of alleged fraud have been seen in hospitals across Uttarakhand. An IANS report states that one of the first places where widespread fraud was noticed was Kashipur where “ghost patients” would be referred to private hospitals by government doctors. The money meant for the treatment of these non-existent patients would then be pocketed by the government doctors themselves.

A local resident has now filed a petition in the Uttarakhand high court on this. The court has asked the state government to investigate and take action.

Eleven hospitals in Uttarakhand may be penalised a combined total of more than a crore for irregularities that have been detected in their operations, particularly while utilising funds under the Ayushman Bharat scheme. All of these hospitals have also been removed from the list of empanelled treatment centres where patients can be treated with coverage provided by the Ayushman Bharat scheme, according to a Hindu Businessline report.

Four of these hospitals have been fined about Rs 8.4 lakh each, and 11 others are likely to be fined a total of about Rs 97 lakh. The services of three government doctors have also been terminated for their involvement in this alleged scam.

Also read: Despite Ayushman Bharat Cards, Free Medical Service Still a Pipe Dream for Many in UP

Staff in government and private hospitals have reportedly been acting in a nexus which exploited specific rules of the scheme. Patients who visit the government’s primary health centres need a referral slip when they are sent to a private hospital. However, patients have complained that doctors have been charging bribes to issue these slips, which are not even given on time.

As of June 25, the government’s Ayushman Bharat scheme has been running for 273 days. As many as 3.85 crore e-cards have reportedly been generated till now and 8,561 hospitals are on board with the scheme, according to the government.

Ayushman Bharat makes use of state health agencies’ anti-fraud units, which are tasked with detecting and taking action against any players found to be engaging in any irregularities.

In March this year, the National Health Authority and the Insurance Regulatory and Development Authority of India constituted a committee to examine the ways in which the government can detect and avoid frauds in the scheme. The panel is expected to submit their report by September.

In September last year, the government also called upon information technology companies to get involved in detecting fraud in the scheme.

In August 2018, Prime Minister Narendra Modi had asked officials to ensure that the scheme is free of fraud.