Modi's Health Insurance Scheme: Rebranded, but Not Launched Yet

Ayushman Bharat was intended to be launched today but the date has now been set for Deen Dayal Upadhyay’s birth anniversary in September. 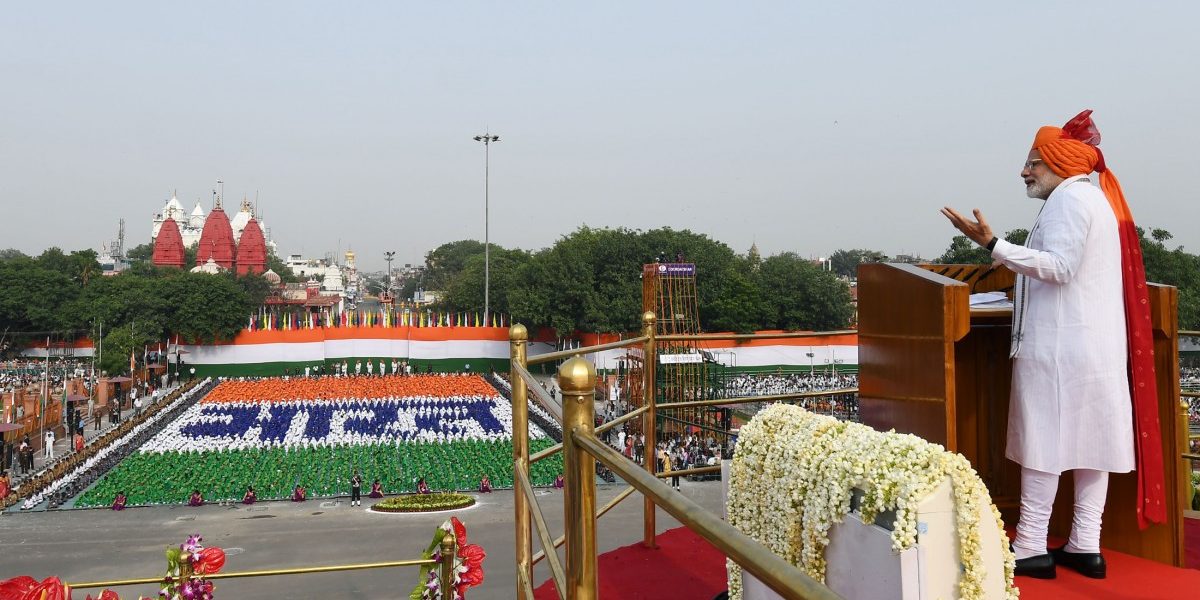 Prime Minister Narendra Modi addressing the nation on the occasion of 72nd Independence Day from the ramparts of Red Fort, in Delhi on August 15, 2018. Credit: PIB

New Delhi: For months now, there has been a buzz that the government’s new health protection scheme ‘Ayushman Bharat,’ announced in the Union budget in February, would be launched on Independence Day this year.

A report in the Indian Express had quoted Dr Vinod Paul of the NITI Aayog as saying in February, “Gandhi Jayanti is the latest by which the scheme will be launched. We, in fact, are working towards an Independence Day launch. We are ready. Work has been going on for very long now.”

However, this Independence Day, what we got was the usual litany of achievements and announcements which Prime Minister Narendra Modi listed out in his speech at the Red Fort in Delhi. One of them which found mention as part of the long list, was Ayushman Bharat.

The healthcare initiatives of the Government of India will have a positive impact on 50 crore Indians. It is essential to ensure that we free the poor of India from the clutches of poverty due to which they cannot afford healthcare: PM @narendramodi

The prime minister announced that the scheme will be renamed Pradhan Mantri Jan Aarogya Yojana (PMJAY). This is the third time the name of this programme has changed – It went from National Health Protection Scheme (NHPS), to Ayushman Bharat, before the latest nomenclature that plugs the prime minister’s title into the scheme’s name.

Although the scheme was intended to be launched on Independence Day and later on Gandhi Jayanti in October, the prime minister announced today that it would in fact be launched on September 25, which is Deen Dayal Upadhyay’s birth anniversary.

But the scheme lay dormant for a year, with the government feeling that it was “not aspirational enough.”

This led to a series of rejigs – NHPS/Ayushman Bharat/PMJAY – as we have now, at least in name, if not in implementation.

The current NHPS is being touted as the “world’s largest healthcare programme.” Health insurance is in fact very different from healthcare but the two are being conflated in the government’s communication. As far as insurance goes, it is not a universal health coverage (UHC) programme either, as it only covers ten crore of India’s poorest families and that is if they feature in the government’s list of the socio-economic caste census.

What is actually going to happen between now and September?

As many as 29 states have signed MOUs with the National Health Agency in the Union health ministry, to come on board with the NHPS. It may be mentioned here that Odisha has stayed out of the scheme and launched its own programme which will also give Rs five lakh of a health insurance coverage.

Eleven out of 29 states will begin the pilot-programme next week. These are the states which volunteered for the pilot programme. The pilot will essentially be testing out the software designed for NHPS – whether the hospitals have the infrastructure and skills to operate the software, training technicians for it, identifying beneficiaries, raising and dispensing claims etc. The National Health Agency has about six weeks to sort all this out.

About 20 out of 29 states have in fact opted for a trust-model of insurance, instead of private insurers. This has been surprising, as the initial predictions by the public health community were that the scheme will drain tax payer money out into private sector insurance companies. But as of now, the scheme has not been exciting enough for private insurance. A trust model means the state government will itself set up a trust through which claims will be managed and all money will flow.

“A trust model works better for states because in the first year there will be changes often and if the state itself controls the trust, there will be more flexibility for the changes,” said one government official. A trust model will also not have a tender process, said the official.

Sources in the government say that they need and expect at least 10,000 to 12,000 hospitals to be enrolled for the first phase of the scheme. As of now, about 7,500 hospitals across India have applied for enrollment. The vetting of each of these hospitals is ongoing, to see if their physical infrastructure and facilities are good enough to enroll them as a hospital for the delivery of NHPS. A government official said that about half of the 7,500 applicants are hospitals in the public sector (including district hospitals) and the rest in the private sector.

New hospitals will be built in Tier 2 & 3 cities, jobs will be created and staff will be recruited to make the #AyushmanBharat mission a success. @PMOIndia #IndependenceDayIndia pic.twitter.com/5JTjw3hrX2