There is no justification for the Ministry of AYUSH's reliance on an invalidated practice, which could lure patients of diabetes into a false sense of security. 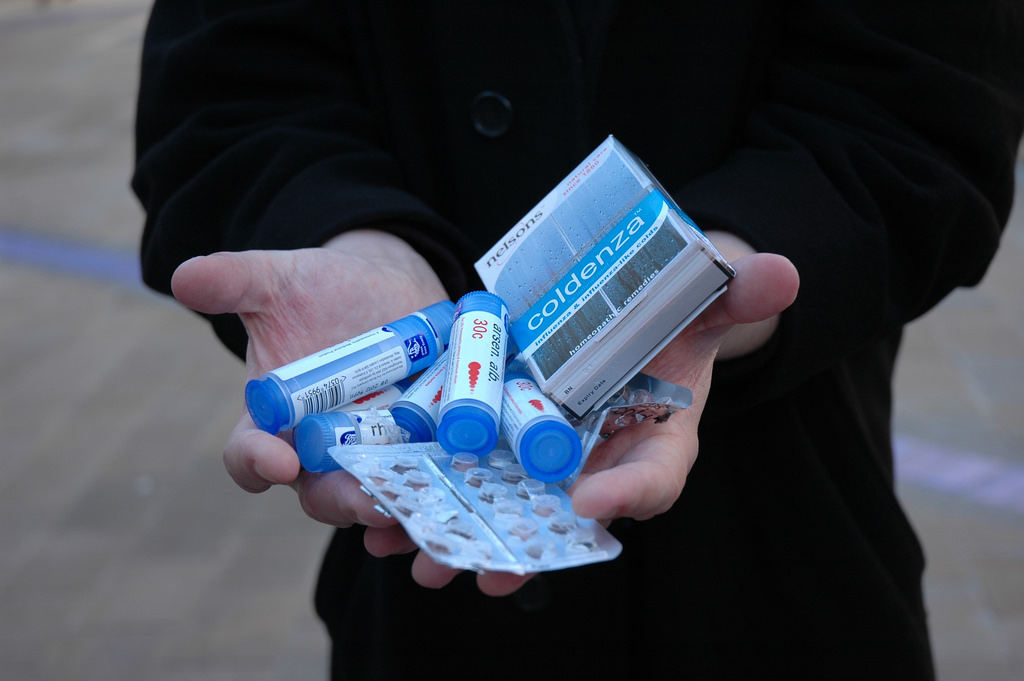 Purchasing and consuming homeopathic medicines could lure patients into a false sense of security and divert resources, problematic when scarce, into securing means of treatment that may not work. Credit: richard_craig/Flickr, CC BY 2.0

On January 16, the Ministry of AYUSH (an acronym of Ayurveda, yoga and naturopathy, unani, siddha and homeopathy) announced a writing contest on the topic ‘Diabetic Care Through Homeopathy’, with the tagline #Homeopathy4Diabetes. Holders of BHMS degrees have been invited to submit a 300-500-word article on it by January 31, 2017, to socialmedia-ayush@gov.in. From the entries, the ministry has said it will shortlist five based on their “quality and popularity” for cash prizes and feature them on its Facebook page. The first prize is Rs 20,000. BHMS stands for bachelor of homeopathic medicine and surgery, equivalent to an MBBS.

Homeopathy is a widely discredited medicinal system that relies on the administration of very diluted solutions of natural or synthetic substances, with the belief that the more diluted a solution, the more potent it is. It has persisted in many parts of the world as an alternative system of medicine, often with state support in the form of national insurance – such as in Switzerland, France, the UK and Denmark, apart from India. At the same time, medical bodies from around the world have classified homeopathy as pseudoscience. Various studies and meta-studies have found that the effects of homeopathic concoctions are no better than a placebo.

In India, the Department of AYUSH was created in March 1995, under the Ministry of Health and Family Welfare, as the Department of Indian Systems of Medicine and Homeopathy (the name would be changed in 2003). In November 2014, it was given its own ministry. In the 2016 Union budget, the Ministry of AYUSH was allocated Rs 1,326.20 crore (a 17.8% hike from 2015). Despite this show of support, the ministry has never been interested in organising a large-scale critical evaluation of the systems of medicine it stands for. When faced with criticism, however, scientists on both sides of AYUSH have raised some concerns about evaluating the efficacy of these systems in the same way allopathic medicine is: through double-blind randomised clinical trials (RCTs).

A double-blind RCT of this form can’t be used to test for the specific effectiveness of yoga, as a recent report from the influential Cochrane Library of Reviews showed. And Ayurveda’s case is more complex. It is hinged on the provision of holistic treatment and individual improvement – not in curing specific diseases upon application. As a result, and even if some of its tenets are rooted in astrology, Ayurveda’s rejection has been founded upon a non-empirical rejection of its diagnostic methods, while the issue of not being able to accommodate Ayurveda in procedure-based RCTs is seldom addressed. Many researchers also blame a lack of funds, not a lack of intent, in carrying this conversation forward.

At the same time, the more pronounced this divide has become over the years, the more many Ayurvedic practitioners have retreated into increasingly pseudoscientific territory.

One sign of pseudoscience is the absence of concrete evidence to back up what are being presented as concrete claims – as in the recent case of BGR-34. BGR-34 is an anti-diabetic Ayurvedic drug jointly developed by the National Botanical Research Institute and the Central Institute for Medicinal and Aromatic Plants. Its commercial production and distribution was hived off to a private company, AIMIL Pharmaceutical, even as it was endorsed by Prime Minister Narendra Modi in October 2016. However, no evidence for its purported effects has been published, either in the form of peer-reviewed publications or patents. Its researchers have also claimed that BGR-34 was approved by the Ministry of AYUSH but the law defines no basis for these approvals. They also claimed that they had conducted phase III RCTs – but using only 48 patients instead of the 500 required by the Drugs & Cosmetics Act, 1940.

On the other hand, homeopathy has been rigorously tested for with little to no evidence of its effectiveness emerging from these efforts. The Lancet published a review in 2005 that concluded thus: “Biases are present in placebo-controlled trials of both homoeopathy and conventional medicine. When account was taken for these biases in the analysis, there was weak evidence for a specific effect of homeopathic remedies, but strong evidence for specific effects of conventional interventions.” The Australian government’s National Health and Medical Research Council’s review in 2015 concluded that “there are no health conditions for which there is reliable evidence that homeopathy is effective” and that “homeopathy should not be used to treat health conditions that are chronic, serious, or could become serious.”

In light of all this information, the Ministry of AYUSH is endangering the lives of those whom the entries of its writing contest will appeal to: patients of diabetes. Purchasing and consuming homeopathic medicines could lure patients into a false sense of security and divert resources, problematic when scarce, into securing means of treatment that may not work. India’s dispensing of allopathic medication is also to blame: clinic/hospital visits and medicines are often unaffordable, especially outside cities. There is also a marked shortage of qualified doctors. The World Health Organisation recommends one doctor for every 1,000 people; India has one for every 1,700, and fully four-fifths of them work in urban centres. All of this makes quacks more available to patients in rural India. 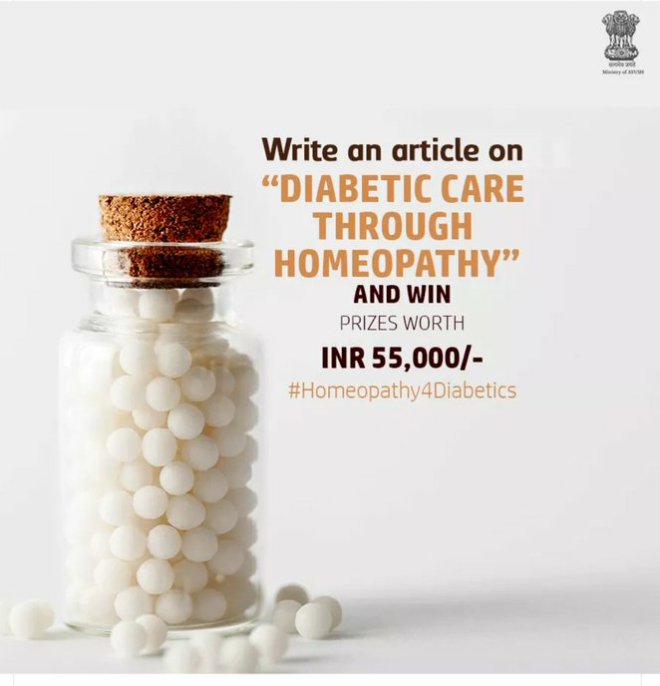 However, none of this can justify the Ministry of AYUSH’s reliance on an invalidated practice. In fact, only five days after the competition was announced, the ministry signed a memorandum of understanding with the Advertising Standards Council of India to investigate and shut down misleading ads. In an accompanying statement, Ajit Sharan, secretary to the ministry, said, “It is yet another important step taken by the AYUSH ministry to ensure that Indian consumers have access to safe and effective medicine.” On January 16, the ministry’s announcement had been accompanied by a poster (above). Though it makes no claims as to homeopathy’s efficacy, the tagline #Homeopathy4Diabetes and the cash prizes (totalling Rs 55,000) are telling.

Where does this leave those who wish to complain against the ministry’s public endorsement of ineffective medicine?