The emotional wellbeing of a mother is an important but oft-neglected aspect of society and cannot be taken for granted. 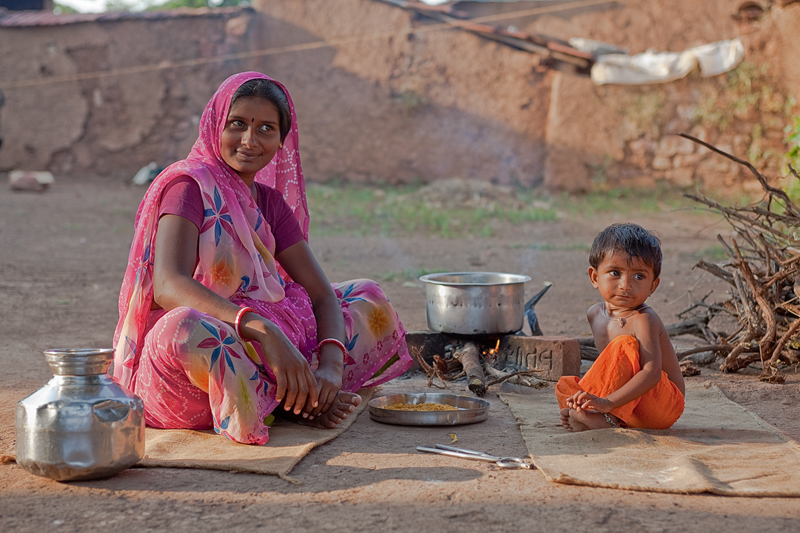 Emotional wellbeing is an important but neglected aspected when it comes to talking about a mother’s happiness. Credit: Foto_Morgana/Flickr CC by 2.0

If an Indian mother were to be asked about how happy she thinks mothers are, she may not give a straight answer. Because even as societal pressure demands that a mother be happy and rejoice in every aspect of motherhood, the social and material realities for women in India are so harsh that the idea of happiness can be an alien concept. The emotional wellbeing of a mother is an important but oft-neglected aspect of society and cannot be taken for granted.

Mothers are expected to repress their emotional, hormonal and bodily changes while also bearing the burden of family and career expectations. While some may have at their disposal a bandwagon of doctors, gynaecologists, nutritionists and psychologists, that may not necessarily lead to them being happy.

A research study based on working and non-working urban mothers in Kolkata showed that out-of-employment and at-home mothers showed higher anxiety levels as compared to their working counterparts. Also, anxiety scores of non-working mothers showed increasing values with the age of their children. 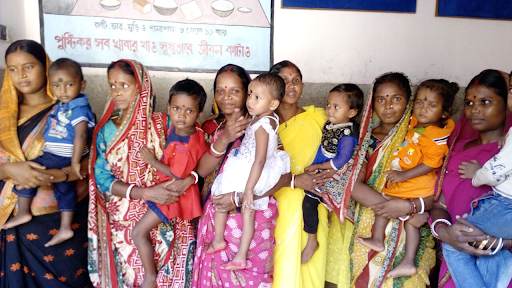 Another major form of anxiety or depression women suffer from is one involving pregnancy. Another study published in the Delhi Psychiatry Journal, assessed anxiety and depression in urban females in Delhi before pregnancy. It showed that out of 100 women in the study, 59% of those who were awaiting delivery were in antepartum depression and 41% of those who had delivered their babies were in postpartum depression. The study concluded that pregnant women experience more anxiety antepartum as compared to postpartum.

Mothers with prenatal depression have symptoms of higher cortisol levels and lower dopamine and serotonin levels, affecting their overall health and well-being. Postpartum depression affects the mother’s ability to produce milk due to let-down reflex, thus making breastfeeding difficult. Studies have shown that South Asian mothers under stress are more likely to deliver prematurely or give birth to low birthweight babies, which ultimately leads the babies being underweight and stunted. This means that children born to depressed mothers are at increased risk of poor physical growth.

What about mothers in rural settings?

There are no set norms of depression and the choice of population it affects. In both rural and urban areas, women are affected with different and specific issues that affect their mental health. And many do not even know that depression is a real thing and needs to be addressed.

Scheduled Tribes or Adivasis, who represent 84.3 million people or 8.2% of India’s population and are among the country’s poorest, have higher morbidity and mortality rates as compared to non-indigenous populations. These health indicators are a result of various underlying causative stress factors such as socio-economic, gender-related, physical and reproductive health as well as birth outcomes. 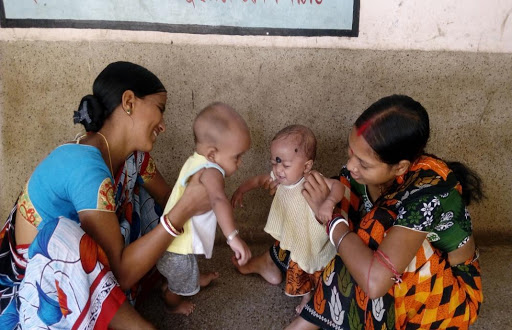 Is India in denial with young and overburdened mothers?

The fact that a large number of Indian women are married at young ages contributes to poor maternal and child nutrition. Similarly, the preference of male child puts the woman at a risk of having several babies until such a child is born. A UNFPA report show that between 2000-2013, India topped the chart of 10 countries with 11,875,182 pregnancies before 18 years of age. Going by the 2015-2016 data, the National Family Health Survey 4 (NFHS 4) estimated that 4.5 million girls between the age of 15 and 16 years were either pregnant or had become mothers already. 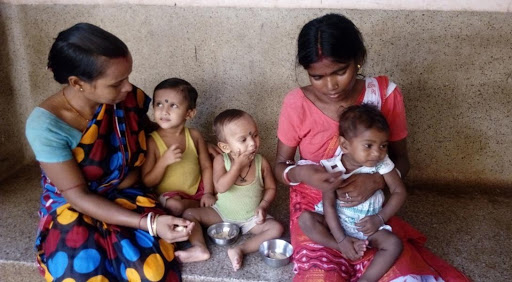 Mothers and their children during a feeding session at a Nutrition Rehabilitation Centre, West Bengal 2016. Credit: Sneha Rout

These young mothers as a result of early or unplanned pregnancies become highly prone to adverse pregnancy outcomes such as eclampsia – seizures during pregnancy, low birthweight, early neonatal death and congenital malformation.

Again, data from a National longitudinal study of youth (1994) adds to the surprise that one quarter of teenage mothers have a second child within two years of their first pregnancy. This translates into stress considering the lack of proper knowledge, guidance and inadequate family support that affects women, and ultimately very few choices for women.

The Journal of Mid-life Health in India researched on what could be the upper limit of reproduction. It spoke of urban women due to work engagements, busy life patterns, certain medical conditions like endometriosis, polycystic ovarian disease opting for in-vitro fertilization (IVF) solutions. Rural women facing boy-child producing pressures, absence of  knowledge or acceptability of contraception by either of the partners.

In both scenarios stress was the ultimate outcome at large. This study’s concluding statement was, ‘Although the jury is still out on what should the upper limit of age be for reproduction, these  medical complications which are debilitating and life-threatening must not be ignored.’ 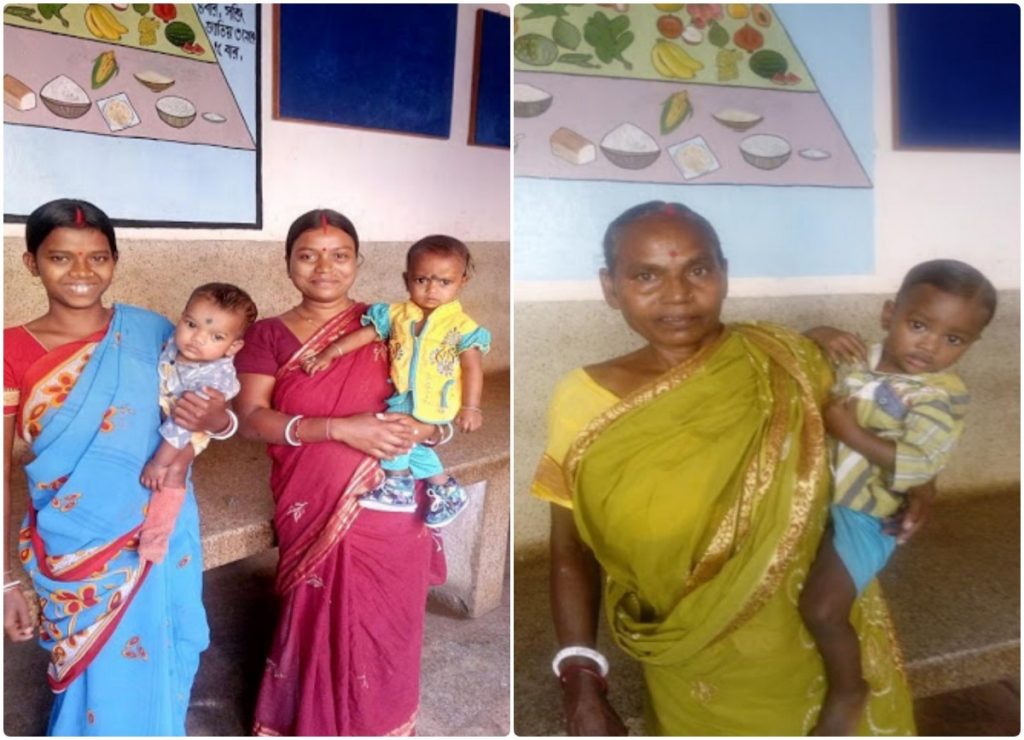 According to WHO maternal mental health prevention guide, it clearly spoke of mental health problems in mothers can lead to increased maternal mortality, both through adversely affecting physical health needs as well as more directly through suicide.in the world’s two most populous countries, India and China.

No health without mental health

Girl child discrimination, social stigma, women’s work burden, ignorance, awareness level, lack of choice and the role of women in society deeply affect overall well-being and mental health. This is where counselling on sharing of parental responsibilities and work come as an important aspect in reducing maternal stress. This would not only aid in healthy child development but also boost other psychosocial parameters. So for both partners, welcoming a child should come as a common priority that first in order of daily commitments.

Sneha Rout is a senior nutrition consultant with UNICEF in Odisha. She has previously been associated with management of severe acute malnutrition in children below five for states like West Bengal, Maharashtra and Jharkhand. Her broader focus is on strengthening maternal health and behavioral change communication practices.