MRSA develops resistance fast enough to keep specialists developing more effective antibiotics, and it is worrying that international travellers may be carrying the bacterium around. 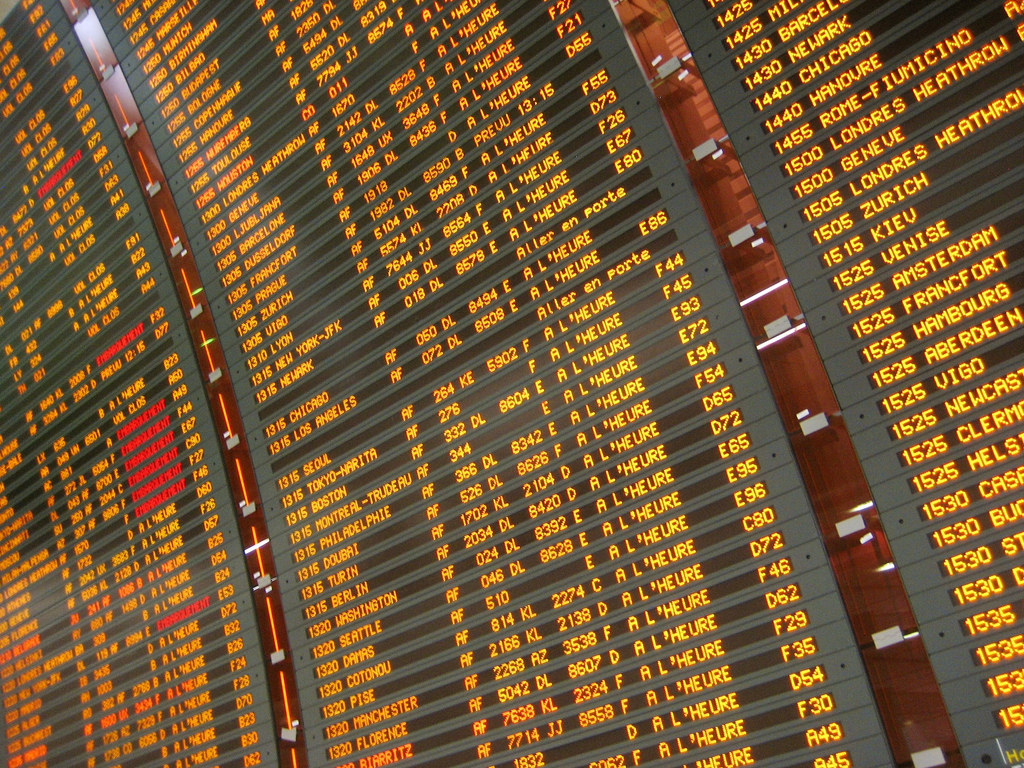 39 tourists swabbed door handles in 136 airports around 59 countries, finding that a deadly bug resistant to antimicrobial drugs and known to exist in India also exists in Paris, where it is rare. Credit: limaoscarjuliet/Flickr, CC BY 2.0

The most difficult, thankless and uninteresting part of any research, particularly in a field like microbiology, is collecting the samples. Generally, this exercise is expensive, often tedious and at times amenable to justifiable criticism at the end of the study. Recently, researchers from University Hospital Münster and the Robert Koch Institute, both in Germany, used an ingenious method to collect samples for their project. They successfully persuaded 39 tourists (known to them) to collect swab samples from 400 bathroom door handles from 136 airports in 59 countries. And they discovered that a drug-resistant strain of bacteria from India has reached Paris.

The researchers were able to rightly guess that international travellers can acquire antimicrobial-resistant bacteria and carry these unwanted guests from their home countries to the countries they visit. Reporting online on September 23 in the journal Clinical Microbiology and Infection, the scientists noted that “internal toilet door handles are suitable to assess the spread of bacteria because they are the last contact of the hands before hand washing, (and) are frequently used by multiple people after potentially unhygienic activities (e.g. defecation, urination) and are mostly contaminated with the flora of the skin and the gut.”

They instructed the tourists who took part in the study to swab each door handle with special moistened environmental swabs between December 2012 and November 2015. They stored the samples before inoculating the bacteria in a nutrient broth. Finally, they processed each type of bacteria according to specified protocols, identified the species and analysed their genetic makeup.

In this study, the samplers collected most samples (60.5%) from men’s toilets. The median time between sampling and culture was one week. The contamination rates were highest for Staphylococcus aureus (5.5%), followed by Stenotrophomonas maltophilia (2%) and Acinetobacter baumannii complex (1.3%). The most important finding was the contamination rate of S. aureus. After detailed genome mapping, the researchers found that one of the strains of methicillin-resistant S. aureus (MRSA) found in Paris was rare, and that it originated from India.

Before we analyse the implications, a caveat issued by the researchers is pertinent: “It is unknown if and how door handles were disinfected by cleaners before sampling. No information on the material of the handles was available. These sources of bias could explain both that we over- and underestimated the true rate of contamination,” they conceded.

Now, the MRSA is not a benign bug. According to WebMD, this bacterium causes infections in different parts of the body. It is tougher to treat than most strains of S. aureus because it is resistant to some commonly used antibiotics. At present, it is known to be resistant to amoxicillin, penicillin  and oxacillin. Evidently, the ability of the bug to resist these substances makes it a superbug. The researchers wrote: “… we detected low contamination rates of internal toilet door handles from airports with drug-resistant bacteria in our study. The detection of an emerging CA-MRSA from India in France shows that antimicrobial resistance could be spread through international travel hubs.”

MRSA develops resistance fast enough to keep specialists developing more effective antibiotics, and it is worrying that international travellers may be carrying the bacterium around. And sadly, only travellers need passports and visas; there are no export/import controls on MRSA, effectively vicious nano-assassins! At the same time, the claim that one of the strains of MRSA isolated in Paris originated from India is suspicious because quite a few papers (here, here and here) have been published showing that MRSA is present universally.

According to the documents,

So, if there is such a mass of evidence for the universal presence of MRSA, how are the German researchers so sure that the bug found in Paris is from India and not from any other country?

“Indeed, MRSA is spreading around the globe even in remote areas, for instance in Australia,” Frieder Schaumburg, a professor of infectious diseases at University Hospital Münster and one of the authors of the paper, told this correspondent via email. “Several MRSA clones are known and mainly circulate in particular geographic regions. However, this particular MRSA clone, sequence type ST672, is mainly reported from the Indian subcontinent and very rare in Europe. This suggests that this clone could have been imported from the Indian subcontinent to France through international travel.”

This minor controversy is of little relevance now as we realise the gravity of the problem. A WHO report from 2014 contained an ominous, first paragraph in its foreword that said it all.

Antimicrobial resistance (AMR) within a wide range of infectious agents is a growing public health threat of broad concern to countries and multiple sectors. Increasingly, governments around the world are beginning to pay attention to a problem so serious that it threatens the achievements of modern medicine. A post-antibiotic era—in which common infections and minor injuries can kill—far from being an apocalyptic fantasy, is instead a very real possibility for the 21st century.

The report also had this to say on the status of penicillin, probably the most commonly used drug:

Reduced susceptibility to penicillin was detected in S. pneumoniae in all WHO regions, and exceeded 50% in some reports. The extent of the problem and its impact on patients is not completely clear because of variation in how the reduced susceptibility or resistance to penicillin is reported, and limited comparability of laboratory standards. Because invasive pneumococcal disease (e.g. pneumonia and meningitis) is a common and serious disease in children and elderly people, better monitoring of this resistance is urgently needed.

It is particularly alarming to note antimicrobial resistance to antibiotics for diseases like tuberculosis, malaria and HIV-AIDS, which have been savaging India for the last decade. In fact, what is the status of India on antibiotic resistant superbugs such as MRSA?

A paper published by the Indian Network for Surveillance of Antimicrobial Resistance group in February 2013 gives some idea. It documents the results of a study in 15 Indian tertiary care centres by 17 researchers during a two-year period, from January 2008 to December 2009, to determine the prevalence of MRSA and susceptibility pattern of S. aureus isolates in India. The authors wrote:

The overall prevalence of methicillin resistance during the study period was 41 per cent. Isolation rates for MRSA from outpatients, ward inpatients and ICU were 28, 42 and 43 per cent, respectively in 2008 and 27, 49 and 47 per cent, respectively in 2009. The majority of S. aureus isolates was obtained from patients with skin and soft tissue infections followed by those suffering from blood stream infections and respiratory infections. Susceptibility to ciprofloxacin was low in both MSSA (53%) and MRSA (21%). MSSA isolates showed a higher susceptibility to gentamicin, co-trimoxazole, erythromycin and clindamycin as compared to MRSA isolates. No isolate was found resistant to vancomycin or linezolid.

The researchers also warned that the “study showed a high level of MRSA in our country. There is a need to study epidemiology of such infections. Robust antimicrobial stewardship and strengthened infection control measures are required to prevent spread and reduce emergence of resistance.”

The WHO also publishes a fortnightly newsletter on the implementation of the global action plan on antimicrobial resistance. According to the organisation,

Antimicrobial resistance threatens the very core of modern medicine and the sustainability of an effective, global public health response to the enduring threat from infectious diseases. Effective antimicrobial drugs are prerequisites for both preventive and curative measures, protecting patients from potentially fatal diseases and ensuring that complex procedures, such as surgery and chemotherapy, can be provided at low risk. Yet systematic misuse and overuse of these drugs in human medicine and food production have put every nation at risk. Few replacement products are in the pipeline. Without harmonized and immediate action on a global scale, the world is heading towards a post-antibiotic era in which common infections could once again kill.

Each stakeholder has an evolving role to play in preventing superbugs of the likes of MRSA from developing drug resistance. With this in mind, the US Centers for Disease Control and Prevention published a booklet. The WHO also updated its factsheet in September 2016.

K.S. Parthasarathy is a former Secretary of the Atomic Energy Regulatory Board.