In line with his campaign promise, Y.S. Jaganmohan Reddy hiked the pay of ASHA workers in the state from Rs 3,000 to Rs 10,000. 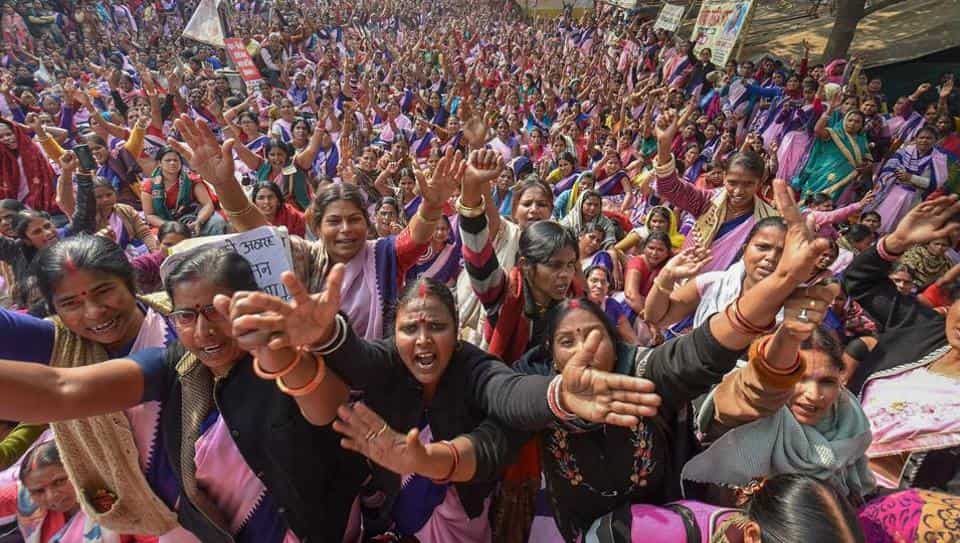 New Delhi: Days after taking charge as chief minister of Andhra Pradesh, Y.S. Jaganmohan Reddy kept one of his campaign promises and hiked the pay of ASHA workers in the state from Rs 3,000 to Rs 10,000 – a jump of nearly 300%.

ASHA workers are women health workers on the frontline of public health delivery in India.

A day after the announcement in Andhra Pradesh, ASHA workers in Maharashtra have renewed protests to get better pay. On Tuesday, hundreds gathered in Mumbai’s Azad Maidan to demand that their pay be increased from the Rs 2,000 that they currently receive. They also held a protest in January.

In September 2018, prime minister Narendra Modi had held a video conference with ASHA workers which was streamed online. He announced that he would increase their compensation as well – those who were receiving Rs 3,000, would get Rs 1,500 more; those receiving Rs 2,200 would see an increase of Rs 1,300 more.

In Maharashtra, ASHA workers are responsible for implementing 73 health programmes. In January, they were told that health officials would send a proposal to the health department on hiking the pay, but now activists have been told that this has not yet been done. In their recent meeting with the state’s health minister, they were told that the health department has been instructed to send in that proposal in a few day’s time.

Some of the bodies involved in Maharashtra’s strike include the Alliance for Defence of Health Services and Rights and Jan Swasthya Abhiyan.

In Andhra Pradesh, Jaganmohan Reddy has directed a large scale assessment of the state’s health system as one of his early decisions as chief minister. He has also asked his government to look into ambulance services, medical colleges and government hospitals.

ASHA workers work in different states as per the needs of the state’s health department but were formally instituted by the central government in 2005 as part of the National Rural Health Mission, with 43 functions and a fixed remuneration per task that they do.

In 2010, a parliamentary committee had recommended fixed salaries for ASHA workers. Not only do they get very little money, the money also comes erratically, if at all.