In 2014, Bachchan had renounced his association with Pepsi. Health campaigners hope he will do the same with GSK's Horlicks.

New Delhi: On May 30, Bollywood star Amitabh Bachchan tweeted thrice about how he is gearing up to work with GlaxoSmithKline’s brand Horlicks to tackle undernutrition in India.

“I am taking the 1st step by joining the biggest movement to fight malnutrition,” he said.

He copied his tweet to Horlicks and the media group Network18, as well as Prime Minister Narendra Modi, union minister for women and child development Maneka Gandhi, CEO of NITI Aayog Amitabh Kant and the government’s own programme for undernutrition, Poshan Abhiyaan.

T 2823 – Did you know that 50% of world’s undernourished children are in India, in our country – We need to start the fight against malnutrition NOW! @MissionPoshan @Network18Group @Horlicks_india @narendramodi pic.twitter.com/uQfjIwSa7I

This flurry of tweets have led to a number of public health experts to write to the film star, asking him to quit his association with Horlicks due to its high sugar content and its high price. According to them, this move could become a burden on low-income families who would be encouraged to consume Horlicks due to Bachchan’s endorsement.

Bachchan has earlier withdrawn his endorsement for unhealthy products – in 2014, he renounced his association with Pepsi.

With his recent tweets, he was lending his support to a new campaign by Horlicks, the GSK brand which makes the malted drink targeted at children. Horlicks’s campaign is called ‘Mission Poshan’, and the motto is: “We are here to fight the malnutrition in our country.” 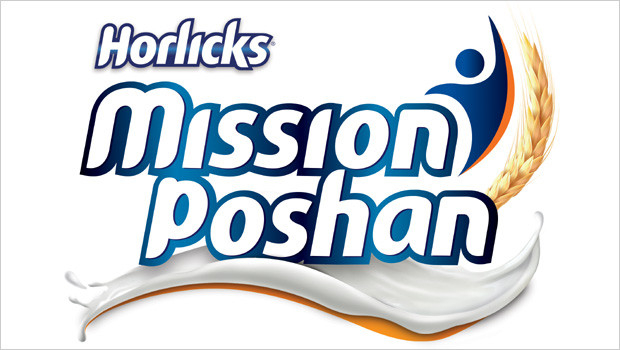 In fact, the campaign title is very similar to the Indian government’s own programme known as ‘Poshan Abhiyaan’.

“Amitabh Bachchan’s association with Horlicks can be harmful. Sugar has no nutritional value whatsoever. It is a major cause of obesity and there is increasing evidence that added sugar increases the risk of developing type 2 diabetes, metabolic syndrome and fatty liver,” says Dr. Aseem Malhotra, an internationally known campaigner for healthy foods.

The letter also says that Horlicks’ claims are not backed by science: “In 2016, the World Health Assembly (WHA) adopted a Resolution that recommended ending inappropriate promotion of foods for children from ages 6−36 months based on WHO and FAO dietary guidelines. Going by this recommendation promotion of Horlicks falls in category of “inappropriate” as they use false health claims in TV commercials. It is neither good food nor nutrition, it is just a high sugar product, what now a days is called empty calories.”

Horlicks has a page on their website called ‘The Science Inside’. On it, they say their product supports immunity, builds bone area and muscle, improves concentration, helps make healthier blood and allows for healthy weight gain. They say they are “a leading force in the ‘Science of Food’.”

“Promotion of Horlicks stating that it helps kids in gaining height, weight, brain development and the healthy immune system is inappropriate as these claims are scientifically unsubstantiated,” said Dr J.P. Dadhich, a paediatrician in Delhi.

Horlick’s campaign appears to be partnering with media giant Network18, which has been advertising this campaign across their various media outlets.

A number of social media influencers, who have thousands of followers but are not known to speak about health issues, have also been enlisted to lend steam to the campaign. These include beauty bloggers, motivational speakers, sports bloggers and other anonymous accounts.

One major hurdle that is effecting India’s future, our children is Malnutrition! @Horlicks_India along with @SrBachchan and @MissionPoshan is taking steps to fight malnutrition and keep our kids healthy and strong! #MissionPoshan@Network18Group @PoshanAbhiyaan @CNBC_Awaaz

Great initiative by @MissionPoshan, @Horlicks_India, @SrBachchan for the children in India which will help them to get right amount of nutrition. Well done! #MissionPoshan

Half of all Indian children are malnourished. A fact that should make us pause, reflect and support an initiative for change. Great to see @Horlicks_india @SrBachchan and @Network18Group making a difference with @MissionPoshan.#MissionPoshan