To Get Ahead on the Fight Against Snakebite, We Must See Beyond the Big Four

India has about 60 species of venomous snakes ,and to treat their bites, doctors administer polyvalent anti-venom, a combination of anti-venoms raised against the four snakes that cause most serious and fatal bites. 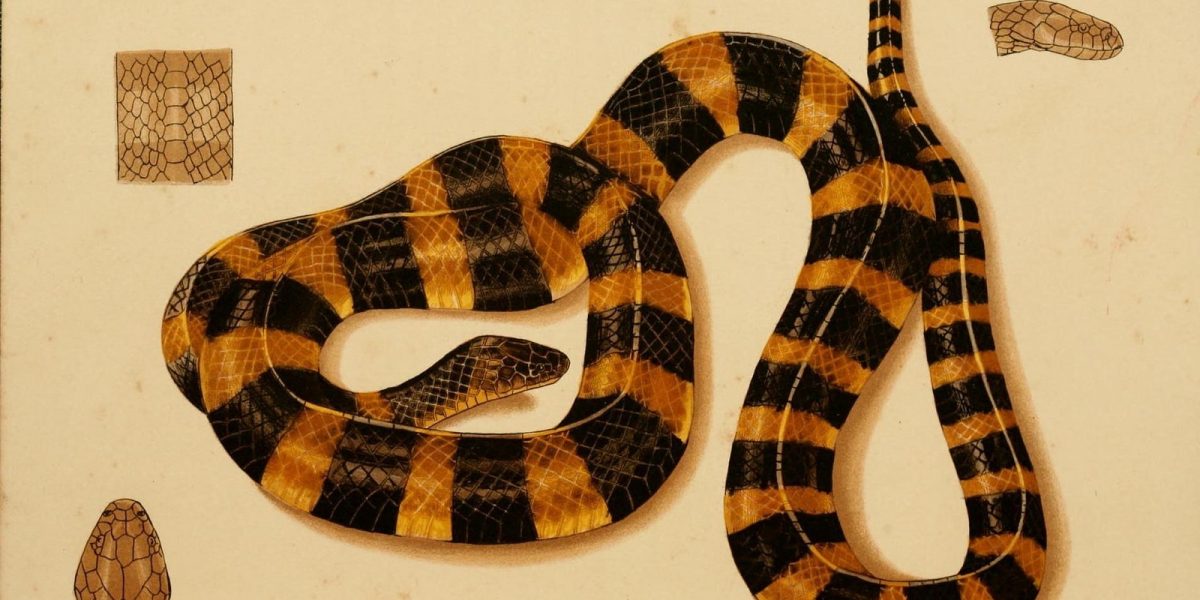 An illustration of a banded krait, found primarily in the Indian subcontinent. Credit: biodivlibrary/Flickr, CC BY 2.0 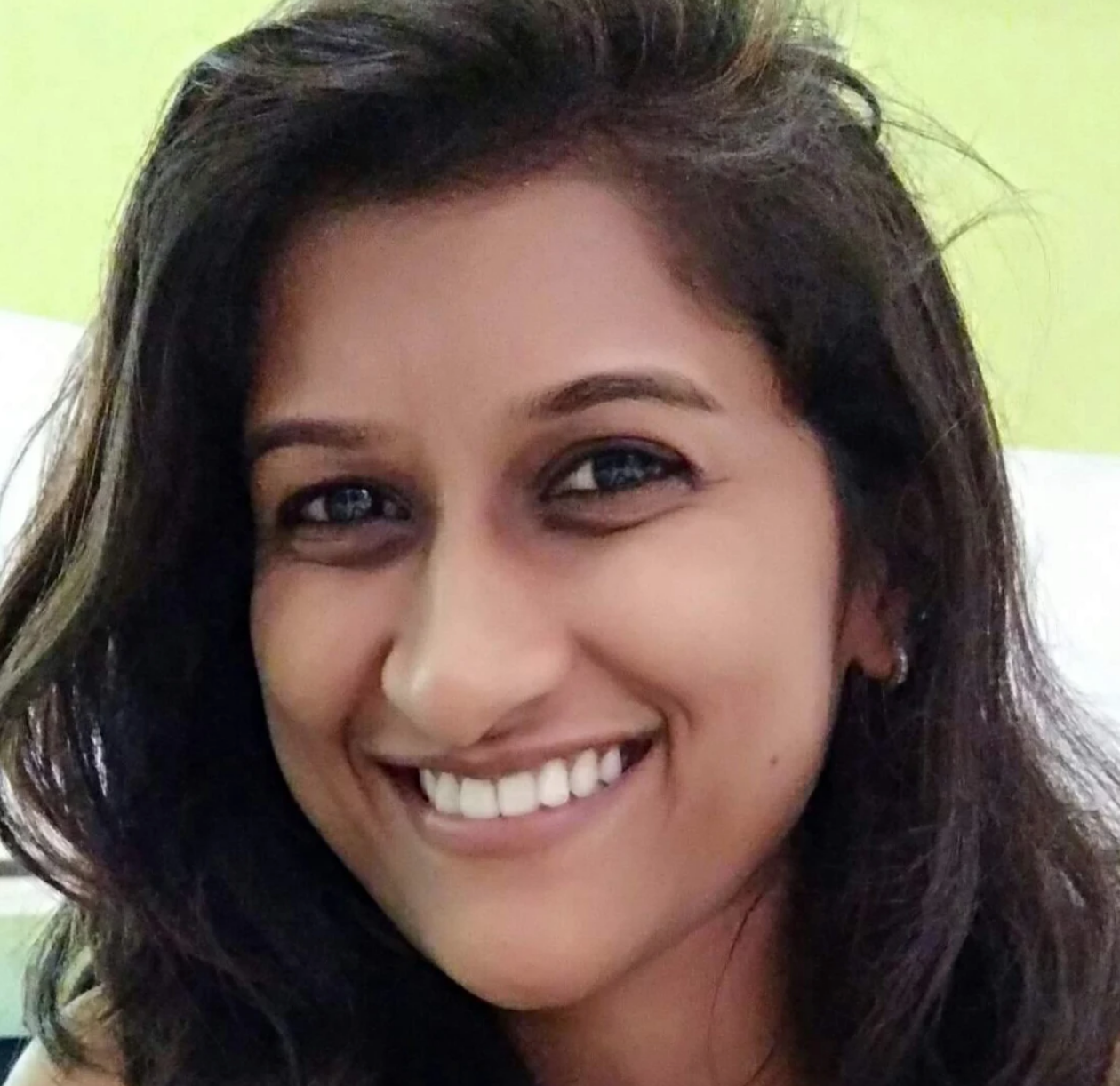 Sometime in late 2006, a 24-year-old female agricultural worker from Rajasthan was bitten by a snake while working in a field. Being very superstitious, she prayed and offered gifts to a saint in a temple, believing this would end her suffering. But the pain persisted. As her condition worsened, she was rushed to a hospital. They identified the venom as being from a Sochurek’s saw-scaled viper, which is found in northern India, Pakistan and Iran.

Doctors began treating her with anti-venom and, in a few hours, she began developing hives on her skin; some patients respond adversely to anti-venom. This was treated using epinephrine, a drug that controls allergic reactions. A CT scan also showed bleeding outside the brain. Sixteen anti-venom vials, a surgery to remove the clot in her head and 20 days later, she regained consciousness. She was subsequently discharged after her gruelling stay at the hospital.

This case was reported in 2007 by doctors studying the efficacy of anti-venoms against Sochurek’s saw-scaled viper, and it reflects poorly on the condition of snakebite treatment in India and draws our attention to two major issues.

First, India has the highest burden of snakebites with an estimated death toll of 45,900 every year. Many believe that these numbers are underreported because a majority of these incidents occur in neglected rural areas. (However, Indian government reports based on hospital records give a figure of less than 1,500 snakebite fatalities per year.)

“Treatment in public health centres is free but many do not have the capacity to treat snakebites,” Priyanka Kadam, of the Snakebite Healing and Education Society (SHE), an NGO that works to create awareness, told The Wire. Often, “patients end up spending a lot of money at private hospitals or missionary hospitals. The treatment can cost anything between Rs 10,000 and Rs 30,000 depending on the number of vials of anti-venom administered.”

Second, the anti-venom we use today are inefficient. The manufacturing process hasn’t changed much since the 1890s. First, small doses of snake venom are injected into horses. In response, the horse’s immune system mounts an attack and produces antibodies that seek out and neutralise the toxins in the venom. The binding of an antibody to a toxin molecule is highly specific – analogous to how a key fits in a lock. These antibodies are extracted and sold as anti-venom.

India has about 60 species of venomous snakes (15 of which are known to cause fatalities), and to treat their bites, doctors administer polyvalent anti-venom, a combination of anti-venoms raised against the four snakes that cause most serious and fatal bites: cobra, krait, Russell’s viper and saw-scaled viper.

A growing body of evidence suggests this one-size-fits-all-approach to treating snake bites is no good. Depending on genetics, their diet and habitat, snakes can show differences in their venom composition. For example, Sochurek’s saw-scaled viper is a subspecies of the saw-scaled viper. Because of the possible differences in venom composition between them, doctors had to treat the 24-year-old with high doses of anti-venom.

A major cause of concern is that around 80% of all polyvalent anti-venom are raised against snakes caught in one district of Tamil Nadu by the Irula Cooperative Venom Centre, and this may not be very effective in treating snake bites in other parts of the country. A study conducted to test the efficacy of anti-venom in a hospital in Chandigarh showed that, on average, doctors administered 51.2 vials of anti-venom for each cobra or krait bite. Such high doses put patients at risk of developing adverse reactions.

Instead of relying on non-specific polyvalent anti-venoms, monovalent anti-venoms raised against a particular species of snake venom may prove to be safe and economical because it could reduce the need to administer higher doses of anti-venom. However, Nicholas Casewell, who studies snake venom at the Liverpool School of Tropical Medicine, said, “The main issue with monovalent anti-venoms is identifying the snake that caused the attack. It is best to run diagnostic tests but such tests only exist in Australia for Australian snakes – there are no diagnostic tests available for use in Africa or Asia at this time.” And these tests are expensive and could waste valuable time.

Snake venom is a complex mixture of toxins that hijack and disturb specific cellular processes. For example, neurotoxins attack the nervous system and paralyse while haemotoxins disrupt blood-clotting and precipitate organ failure. Tapping into advancements in genomics and proteomics has helped scientists screen individual toxins in venoms to predict their pathologies. “We can also compare which toxins are shared or are different among different snake species,” Casewell said.

Studying venom composition has also helped scientists realise that polyvalent anti-venoms do not neutralise certain toxins that cause tissue damage at the bite site. Ashis K. Mukherjee and his team from Tezpur University, Assam, found in 2017 that polyvalent anti-venom didn’t neutralise certain toxins in the venom of the saw-scaled viper. In other words, these toxins didn’t provoke the immune systems of horses from which they were derived. Some of these substances, including phospholipase A₂, metalloproteinases and hyaluronidase cause widespread tissue damage and, in some cases, cripple victims, robbing them of their ability to earn a living. Efforts are on to design molecular inhibitors against these toxins.

Adopting another strategy, researchers from the Liverpool School of Tropical Medicine are working on pathology-based anti-venoms that promise to be specific and affordable. “Since relatively few toxin families are responsible for the various specific pathologies we see after snakebite, directing treatments towards these groups of toxins may help clinicians treating patients,“ Casewell explained. “For example, if they see evidence of pathologies such as haemorrhage or coagulopathy, they could use the anti-venom specific to them.”

“This strategy contrasts with current polyvalent anti-venoms that seek to neutralise all of the diverse toxins found in venoms of all the snakes from a single geographical area, irrespective of the pathologies they cause,” he added.

With these recent developments, things are definitely looking up. But Casewell cautioned that “developing new types of treatment for snakebite is likely to take many years before they reach the clinic.”

David Warrell, an emeritus professor of tropical medicine at the University of Oxford, believes that polyvalent anti-venom has to be redesigned to accommodate more species than the current “big four”. He emphasised the need to improve production methods to reduce high rates of adverse reactions, and to carry out clinical studies in line with those of all other medications to establish their efficacy in human patients, their safety and to guide dosage.

How much longer before a breakthrough, then? “Research on all aspects of snakebite has been neglected because of its low public health profile and mainly the underestimated burden of human morbidity and mortality,” Warrell said. “Recognition of the importance of snakebite by national health authorities, advocacy by influential figures such as Kofi Annan and investment by funding agencies will help stimulate research.”

In India, there is approximately one snakebite death for every two deaths caused by AIDS, yet this field does not receive the attention that cancer or tuberculosis do. As for what the government should do, Kadam of the SHE said, “They should increase GDP spent on health and medical infrastructure, equip all public health centres to manage snakebite cases, revisit guidelines for anti-venom production, and invest in regional snake venom research centres”.

Rohini Krishnamurthy is a writer at the Indian Institute of Science, Bengaluru.