Yes Minister, the Fault Is Entirely Yours 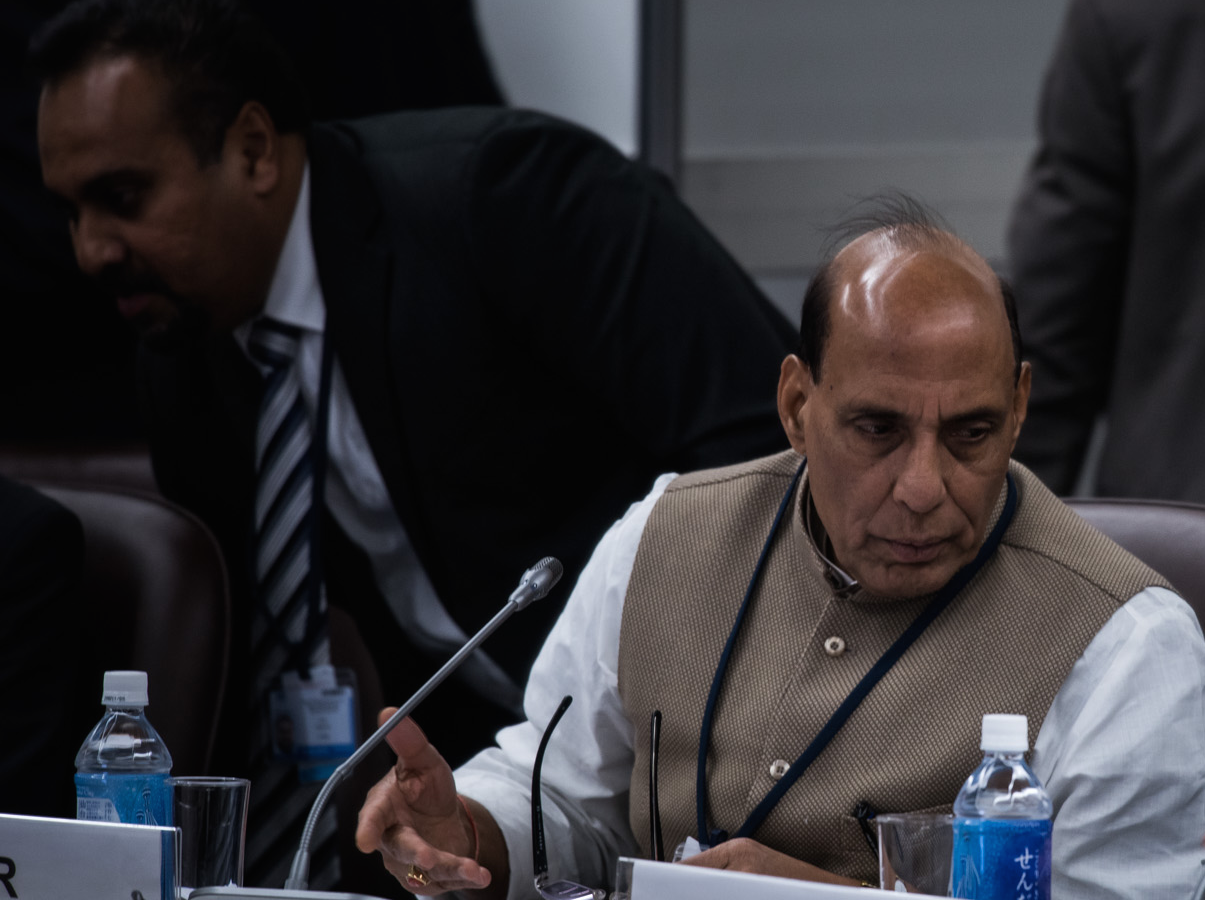 When Prime Minister Narendra Modi assumed office in May 2014, there were great expectations from the civil servants about the future. He came to power on the rising aspirations of young India. His initial decision to retain the cabinet secretary, home secretary, finance secretary and others appointed by the previous government was widely appreciated, as also his initial meetings with secretaries – where he exhorted them to to take decisions without fear or favour and promised to back them up.

In all fairness to the new government, the situation in May 2014 was extremely pathetic from an administrative point of view. The various scams and CBI investigations had virtually paralysed the bureaucracy and not many officers were willing to take decisions. It is also to the credit of the new government that it slowly and systematically worked to untie some of the bottlenecks through the auction of coal blocks, spectrum and various policy initiatives to get the power and infrastructure sectors moving, although things are proving to be more difficult than envisaged. One other positive Modi brought in: there was a sea change in the manner in which the government functioned, with vested interests not getting access and crony capitalists being discouraged from coming to the ministries.

On the negative side of the ledger, there were a large number of transfers at the joint secretary level – estimated at around 143 – over the last 15 months and this is proving to be a handicap as the government pushes forward critical reforms. In the Government of India, joint secretaries, with a five-year tenure, are both the memory banks and the workhorses of their ministries. Transfers at that level have led to some disquiet in the bureaucracy and slowed things down.

Simultaneously, the rumours of everyone being under surveillance has also led to a slowing down and a tendency to submit proposals upwards and to the PMO for a decision – so as to be safe.

The first major blow to the morale of senior civil servants came with the second six-month extension for the cabinet secretary in December 2014. The prevailing feeling was that the PM, in spite of all his interactions and expressions of high praise, lacked confidence in the senior secretaries and did not find even one of them fit to be selected as cabinet secretary. Many of these secretaries got demotivated and this was reflected in their performance. The abrupt transfer of the finance secretary, Arvind Mayaram – first as tourism secretary and then as secretary, minority affairs – left a poor taste in the mouth. Senior civil servants expect to be treated in a better fashion.

The recent removal of Union home secretary L C Goyal only seven months into his two-year tenure has larger ramifications.

The post of Union home secretary is too critical to be treated in such a cavalier fashion. Goyal was brought to the post by this government and having been a former Union home secretary, I can vouch for the fact that the selection process is comprehensive and thorough – with prospective candidates duly vetted and sometimes interviewed by the home minister and the PM. So what went wrong here? I can lay the blame for this squarely with Home Minister Rajnath Singh.

First, the Home Minister brought an officer into the MHA who had worked with him earlier when he was the Chief Minister of Uttar Pradesh. So far, no issue. But this Officer due to his proximity to the HM developed into an alternate power centre in the MHA which was not conducive to the smooth functioning  of the Ministry.

You cannot have two power centres among the officials. It is a sure recipe for disaster in the future. The allocation of work among the officers in the MHA is the sole responsibility of the Secretary. Belatedly, the PMO recognised this and therefore when Goyal was asked to put in his papers, Anant Kumar Singh was also transferred out of the MHA.

Currently the morale of the top civil service is low, but that does not mean that a significant number of outstanding officers are not working hard to implement the policies of the government. Look at the examples of the coal secretary or the secretary, industrial development.

The Government of India needs to take a conscious decision that no joint secretary who has been appointed will be shifted out of his or her ministry till their tenure is over or he/she gets a promotion. This will be a morale booster and will also provide the time required to develop expertise and continuity in policies.

Second, each ministry needs to lay down an action plan in furtherance of  the achievement of  its policies and must monitor that plan on a monthly basis. For example, in the Digital India programme, the number of kilometres of optical fibre actually laid each month has to be monitored against the target set and any obstacles will need to be removed immediately.

Third, there is a disturbing trend emerging of a large number of IAS officers not willing to come on Central deputation. If this continues, then perhaps in the next five years, the majority of joint secretaries will not be from the Indian Administration Service; of these,  in fact, a large number will be from the Indian Telecommunication Service. Whether this is good in the long term needs to be examined closely at the highest levels.

This government cannot afford to fail. It has laid down several excellent goal posts. Let us try and achieve them, even if the task is going to be difficult. The lives and livelihood of millions are at stake.

Note: The article has been edited to remove an incorrect reference to Anant Kumar Singh having written a letter to Rajnath Singh bypassing the home secretary.

I haven’t had the good fortune of working with you or even meeting you personally. However, I have great regards and respect for you; officers who have worked with you invariably speak highly of you and particularly about your affectionate and caring attitude towards upright junior officers. I consider myself distinctly unlucky in being at the receiving end of your opprobrium.

I wish to draw your attention to the following narration in your article titled “Yes Minister, the Fault is entirely Yours” published in“thewire.in”:

“But this officer, Anant Kumar Singh, due to his proximity to the minister, submitted a note directly to him-bypassing the Union Home Secretary.  In the note he sought allocation of certain subjects to be handled by him and directly with the Home Minister. This was totally out of line and Rajnath Singh should have sent the request to the Home Secretary for consideration, if at all.  Instead he approved the proposal and asked for appropriate office order to be issued.  This was blocked by the Home Secretary and rightly so.

The genesis of all subsequent disagreements and malicious leaks against the Home Secretary should be traced back to this.”

I am dismayed by the lack of “due diligence” on your part in verifying facts. Let me place the correct facts before you. I joined MHA in January 2015 when Mr. A K Goswami was the Home Secretary. He allocated the work pertaining to three Divisions, viz. Centre State, Union Territory and Police-Ito me.There was no change in the allocation of work until August 21, 2015 when Mr. Goyalallocated the work of Human Rights Division in place Police-I Division.  As soon as I came to know of the change in the work allocation, I returned all the files relating to the Police-I Division.In my approximately 8 month’s tenure in MHA, I never moved any paper to the Home Minister for allocation of work to me.  Thus your assertion that I submitted a note directly to the Home Minister seeking allocation of certain subjects and bypassing the Union Home Secretary, is completely wrong. Therefore, the conclusion drawn on this basis in your article that “all subsequent disagreements and malicious leaks against the Home Secretary should be traced back to this” is also fallacious and not sustainable.

It appears that somebody has mischievously misled you on facts.I am sure, after knowing the correct facts you would do all that is necessary to redeem my reputation that has suffered badly due to your article.

Sir, you would appreciate that “disagreement” is neither unusual nor undesirable.In fact, it enriches the process of decision making.  That’s whyfiles are made to pass through multiple levels.  “Disagreement” on issues should not be seen as dissent or disobedience rather it should be encouraged.  Moreover, junior officers are not in a position to disagree.  It is the senior officer, who can disagree with the views expressed by juniors. The fact is that on certain matters there were differing views. I request you to please carefully go through the noting on the related files and then draw conclusions about the differing views else truth would be a casualty as evidenced by your article.

I wrote the article in great anguish at what was happening in the Ministry of Home Affairs and the denigration of the institution of the Home Secretary.
My apologies – which I have also conveyed personally – for the comment on the note written by Anant Kumar Singh which on further verification turned out to be incorrect.
Note from The Wire:
We carried the original article by Gopal Pillai in good faith. As soon as the error was brought to our notice and confirmed, the article was edited to remove the incorrect reference the author had made to Anant Kumar Singh having sent a note directly to the minister, bypassing the Home Secretary. We apologise to Anant Kumar Singh for any distress Pillai’s charge has caused.