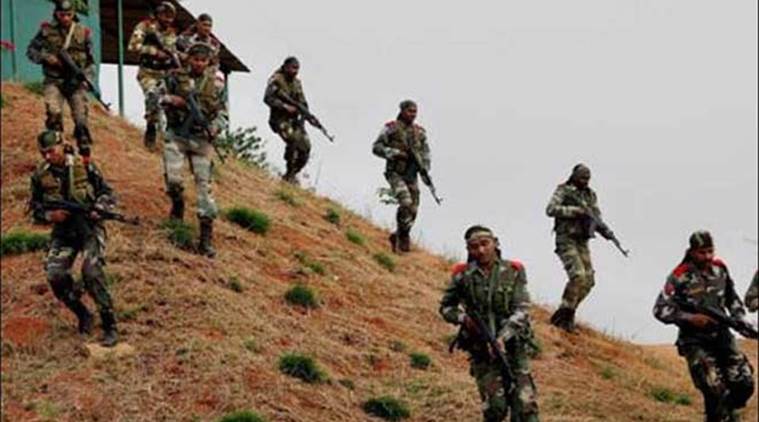 Was the FIR against prominent academics politically motivated? Credit: PTI

New Delhi: In what may be an embarrassing situation for the Chhattisgarh police, Vimala Baghel, the wife of adivasi villager Shamnath Baghel killed last week by the Maoists,  has denied having any named anyone in her statement on the basis of which the police had filed a first information report (FIR) against Delhi University professor Nandini Sundar, JNU professor Archana Prasad and others.

In an interview to NDTV, she said that she did not recognise any of the attackers. While saying that an armed group attacked her husband on the night of 4 November, she said that she could not identify anyone. Villagers of Bastar’s Nama village, where the murder happened, also told NDTV that the Chhattisgarh police had instructed them not to talk to the media and people who came from outside.

The murder of Baghel shot to national attention when S.R.P. Kalluri, inspector-general of police, Bastar range, told the media a few days ago that it had charged Nandini Sundar and Archana Prasad, political activists Vineet Tiwari and Sanjay Parate, Bastar-based adivasi activists Manju Kawasi and Mangalram Karma and 14 others for the murder of Baghel and other grave crimes like inciting violence.

The charges against eminent academics and political activists came as a shock to most civil society members, who saw the police action as vindictive and as an attempt by the police to vilify and silence critics of human rights violations in the state. Sundar and other activists named in the FIR have been at the forefront of documenting police excesses in the adivasi-dominated Bastar region for more than a decade. In May this year, Sundar and the others had gone to Nama village and other areas of Bastar as part of a fact-finding team to enquire into various reports of fake encounters, rapes, custodial torture and deaths that came out of the region. The fact-finding team later produced a report which was critical of the role of police in Bastar, and the Maoists, while detailing how the police has been acting against adivasi interests in the region.

Since then, the Bastar police have been using direct and indirect pressure tactics to silence Sundar and her team, her lawyers alleged in an affidavit to the Supreme Court on Friday. In an unprecedented step, the CG police wrote letters to the vice-chancellors of Delhi University and Jawaharlal Nehru University – where Sundar and Prasad worked – to inform the varsities that it had started an investigation against them for trying to instigate the villagers against police. Last month, the Bastar police courted controversy by organising various dharnas in which it burnt effigies of Sundar and other activists. In the meantime, because of Sundar’s legal intervention, the Central Bureau of Investigation accepted in front of the Supreme Court that it has filed a charge sheet against the CG police and state-sponsored armed auxiliary forces for burning down three adivasi villages in 2011. Responding to the CBI charge sheet, Kalluri had said that he had directed the operation, claimed that the CBI was lying and accused Sundar of bribing the villagers to lie. His response contradicts his own statement in 2011, when he had claimed that Maoists had burnt down the three villages in question.

The charges for murder against human rights defenders is being seen by civil society critics as part of the CG police’s continuing attacks on democratic voices. This is not the first time Sundar has been targeted by CG police. Although the charges against her are more severe this time around, she has been detained, questioned and unduly harassed innumerable times in the past.

However, Vimala Baghel’s statement to NDTV marks a new shift in the ongoing battle between activists and the CG police. While it validates what civil society members have been saying about the highhandedness of Bastar police, especially Kalluri, it also puts the BJP-led state government in the dock.

Activists, both within and outside Bastar, have always maintained that Kalluri’s extra-judicial actions cannot be seen as only his own and that the Raman Singh government, which has backed him for many years now also needs to share the blame.

Speaking to The Wire, Swami Agnivesh, prominent human rights activist, said, “I was assaulted murderously by Kalluri’s special police officers (members of the banned vigilante group Salwa Judum) in 2011 when I tried visiting the villages which were burnt down by the security forces. I complained to the chief minister against Kalluri who was the SSP of Dantewada. He immediately transferred him to Sarguja but only to bring him back as the inspector-general. Now he reigns supreme in all the seven districts of Bastar. He works with a kind of impunity that probably no other police officer enjoys.” Agnivesh was appointed as an interlocutor by the-then home minister P.Chidambaram to initiate a dialogue between the state and the Maoists.

Support for Sundar and others

Meanwhile, support for the academics and political activists has poured in from all over the world. A large section of the academic community and political activists have been demanding the withdrawal of all charges against Sundar and others. At the same time, they have also demanded that immediate action be taken against Kalluri. Several organisations under different banners held demonstrations across India.

At a recent event in Delhi, Left leaders like D. Raja and Brinda Karat said the attacks on democratic activists in Chhattisgarh were an overt attempt to crush all voices who support adivasi resistance against private mining activities in the state. They said that the interests of the BJP-led state government is aligned with the mining barons and not the adivasis.

The New-Delhi based artist and academics collective SAHMAT saw the charges against the academics and activists in continuity with an ‘atmosphere of intolerance’ against democratic-critical voices. In a statement, it said, “The charges brought by the Chhattisgarh police are a transparent effort to intimidate independent civic initiatives that focus public attention particularly on the problems of the state’s adivasi communities. Professors Nandini Sundar and Archana Prasad who have long had a research commitment in this area, have often been subject to intrusive surveillance and intimidation on their visits to the Bastar region.”

Ashok Choudhary, a prominent activist who works with adivasis, said: “This (false accusations against Sundar and others) is a very common form of atrocity faced by the community leaders and activists working in such interior areas where oppression of communities is a part of the administrative activities on a regular basis. IPC 120(b), 302,307, 395 are used very frequently against community leaders. But now it is also being used against academicians from very reputed institutions like D.U, JNU and Joshi-Adhikari Institute. This must be a prelude to prevent future entry of any serious research activity or reporting on the actual existing status of peoples’ sufferings in Adivasi regions….”

Another letter of support written by historians Tanika Sarkar and Sumit Sarkar, along with academic Apoorvanand, Satya Sivaraman and activist Shabnam Hashmi called the police action as “sheer vendetta”.

“The Chhattisgarh police’s action is further indication of the undeclared Emergency that has gripped the nation and the harassment of bonafide human rights activists and citizen’s groups trying to protect the fundamental Constitutional rights of ordinary citizens. In particular, the Chhattisgarh Inspector General of Police SRP Kalluri seems to have embarked on a mission to prevent the rest of the country from scrutinising the many illegal actions of his forces against innocent tribal populations in the state as part of his war against Maoist extremism,” the statement read.

Similarly, a large group of Indian sociologists, which also includes all the faculty members of Delhi university sociology department where Sundar teaches, also extended its support to the accused persons. “We note with concern the increasing incidents of attempts to intimidate or falsely accuse members of our profession, be it Prof. Vivek Kumar in Gwalior, Prof. Rajesh Mishra in Lucknow or Prof. M.N. Panini in Jharkhand. As sociologists we are forced to condemn the growing nation-wide trend towards the stifling of all voices of dissent from academia, the media, and cultural and literary practitioners.  Disabling independent research and silencing contrary views undermines the collective ability to build a better future.”