Modi did well to plug the loopholes. But till India aligns its tax policy with its core strengths, it will keep losing substantial revenue. 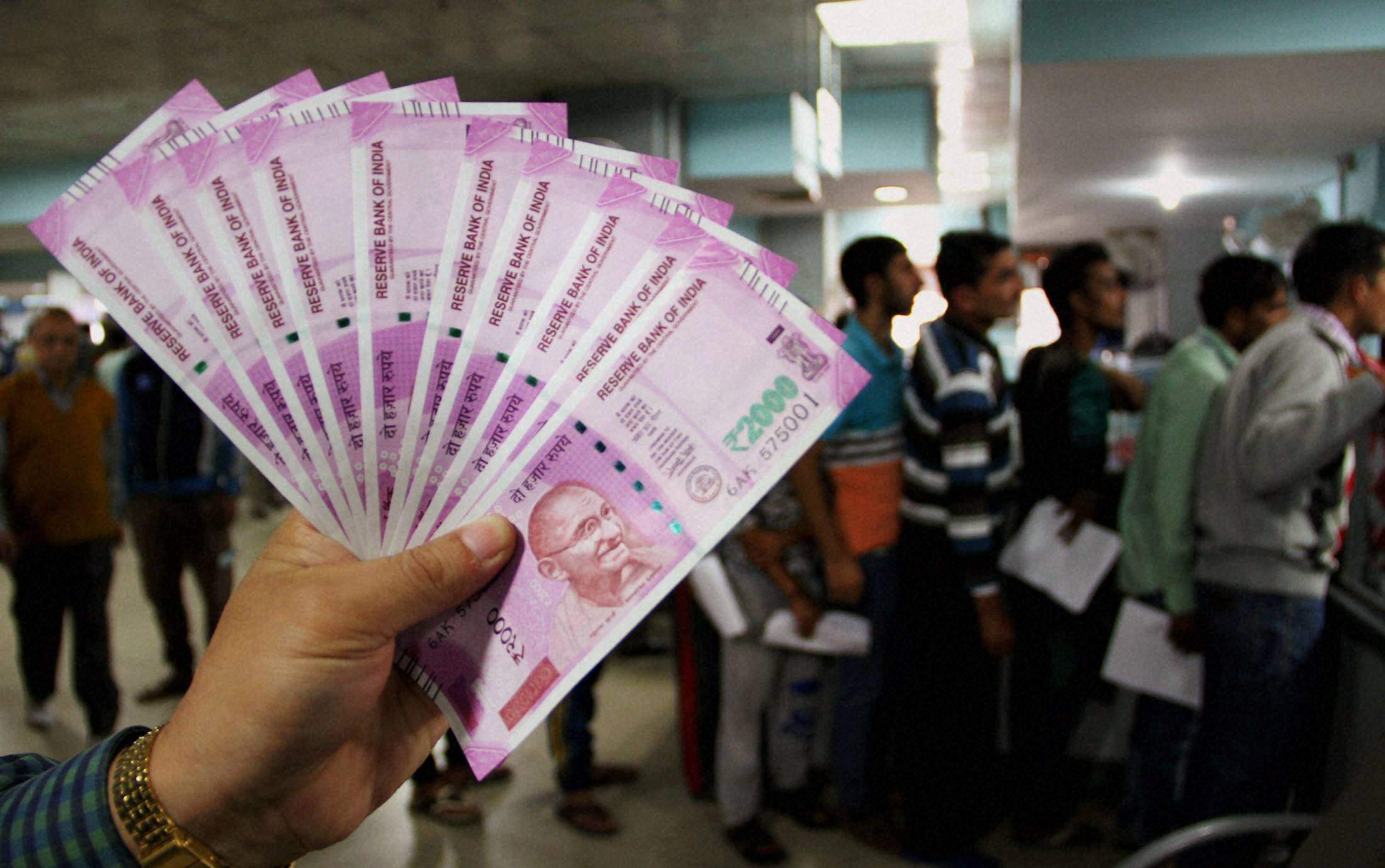 The EC had found several lacunae in Income Tax Act, the Representation of the People Act, 1951 and the Companies Act, 2013. Credit: PTI

On February 27, an income tax adjudicatory body (Authority for Advance Rulings, Mumbai Bench) ruled that a Mauritian company which was used to route investments into the Mumbai International Airport Limited (MIAL) was liable to capital gains tax in India.

South African corporate group Bidvest had invested 27% equity in MIAL, when India decided to privatise the Delhi and Mumbai airports in the mid 2000s. Bidvest and GVK had jointly won the Mumbai airport bid. But instead of directly investing in the Mumbai International Airport, Bidvest routed the investment through a Mauritian company, which lacked substance and was merely formed to channel the funds. When Bidvest tried to sell a part of its stake (13.5%) in MIAL to existing Joint Venture GVK, the Indian revenue department raised a tax demand. But Bidvest sought exemption under the 1982 India-Mauritius tax treaty. The matter went into adjudication, with the AAR ruling in favour of the revenue department.

On March 26, the Delhi bench of the same adjudicatory body ruled that the investments made in Flipkart by American PE fund Tiger Global through similar Mauritian devices were also liable to capital gains tax. In this case, Tiger Global had sold its stake in Flipkart to Walmart for billions. As has become the norm with the high-value sale and purchase of assets in India, the Flipkart-Walmart deal happened through holding companies incorporated in tax havens. In this case, the corporate vehicles used were formed in Mauritius, Singapore and Luxembourg.

Both the Mumbai Airport and Flipkart rulings are rare victories for the Indian revenue department in cases involving Mauritius tax treaty benefits. As a rule, over the past 15 years, the Indian Revenue has lost most of the capital gains tax cases involving the Mauritius treaty. The Mumbai Airport and Flipkart rulings may also very well get overruled by higher courts, like others have been in the past. Tax experts believe that rulings are based on rather flimsy and seemingly erroneous legal reasoning that bodies like the AAR have developed. The AAR has reasoned that the Mauritian companies were merely shell entities, with no substance, staff, assets, office space and had no business or commercial rationale other than to evade taxes in India. But this is exactly what the India-Mauritius tax treaty unambiguously enables. The treaty allows extensive tax benefits and exemptions to what may be termed as shell companies. There is no test laid down to ascertain the principal purpose or commercial rationale of such entities, nor is there a test of beneficial ownership. To qualify for the treaty benefits, all that a Mauritian entity has to do is to produce a tax residency certificate issued by the Mauritian government. After that, it is immaterial who owns it or where it got the funds from or whether it is merely a post-box company. That’s the law, the international pact that the Indian government had signed with Mauritius. Yet the Indian revenue department, perennially short in meeting its targets, keep raising tax demands and denying tax relief on the grounds that are otherwise explicitly allowed under the treaty. No surprise that the high courts and the Supreme Court keep throwing these cases out (the $2 billion Vodafone tax case is the most well-known example of how India had unsuccessfully tried to tax without a firm basis in law).

In 2017, MIAL was valued at approximately Rs 9,500 crore. Bidvest sold 13.5% of its shareholding in MIAL to GVK, an already existing shareholder of MIAL. At the capital gains tax rate of 10% that is normally applicable on Indian tax residents in such transactions, the tax avoidance could be close to Rs 125 crore. The capital gains tax demand raised on Tiger Global for the sale of its share in Flipkart was about Rs 900 crore. Flipkart and Mumbai International Airport are only two illustrative and most recent examples. By some estimates, India has lost revenue to the tune of  $10-15 billion, not just in capital gains tax, but also dividends tax, withholding tax on outflowing interest and royalty payments, due to the Mauritius treaty over the last 20 years.

While the full scale of the economic damage done to India by the Mauritius treaty can only be assessed by the Union finance ministry, it undoubtedly remains one of the darkest chapters in the country’s economic history.

The Indira Gandhi government had signed an extremely porous tax treaty with Mauritius in August 1982, which allowed complete exemptions on capital gains on investments made through Mauritius. Pranab Mukherjee was the finance minister at that time. Capital gains exemption was only one of the benefits. There were other benefits like exemptions or reduced tax rates on dividends tax, outflowing interest and royalty payments – all such benefits are now known as “profit shifting and base erosion” devices. These are devices that foreign investors have used to divert as much profit earned in India as possible to Mauritius and show as much expenses as possible in India. Since Mauritius was not taxing these profits anyway (because it structured itself as a tax haven), the foreign investors would get away without paying any taxes (like capital gains tax) or very little tax (like corporate tax in India on profits earned in India but substantially eroded by inflating expenses like interest and royalty payments allowed under the treaty).

Perhaps such inordinate tax benefits could have been explained as a mechanism to attract foreign investors in an overregulated and closed economy. But what cannot be explained is why India continued with the treaty in its original 1982 form, even after it opened up its markets and deregulated in 1991. Why a tax bonanza was extended to foreign companies investing in India to manufacture or sell goods and services in India, to its growing domestic consumer base? Why did India, under successive regimes, allow its revenue base to be eroded, by tens of millions of dollars, year after year?

No matter how India sees itself—a competitor to China, a manufacturing base aspiring to be the world’s factory—the world has primarily seen India, since the 1990s, as a burgeoning, lucrative market. For example, Bidvest and Tiger Global invested in India to earn profits by selling airport services and by selling goods to Indians on e-commerce platforms. A broad view of the investments routed in India through Mauritius confirms this axiom.

Germany based ARDeX Group, which has set up plants to manufacture and sell chemicals and buildings materials in India, Dow Agro sciences that sells agricultural products in India and the American medical technology company Becton Dickinson which sells medical products in India, all chose the Mauritius route to invest in India. And all three have won cases against the revenue department and have availed the full tax benefits under the tax treaty.

All the above examples prove that it was the potential of the Indian market that was attracting investments, not that the investments were creating a market in India. The sequence of this causality should have dictated India’s fiscal policy. Instead, it was premised on the reverse but erroneous causality. Because of which the wealth created in India has been accumulated not in India, but outside India, in offshore financial centres (OFCs) and in tax havens. 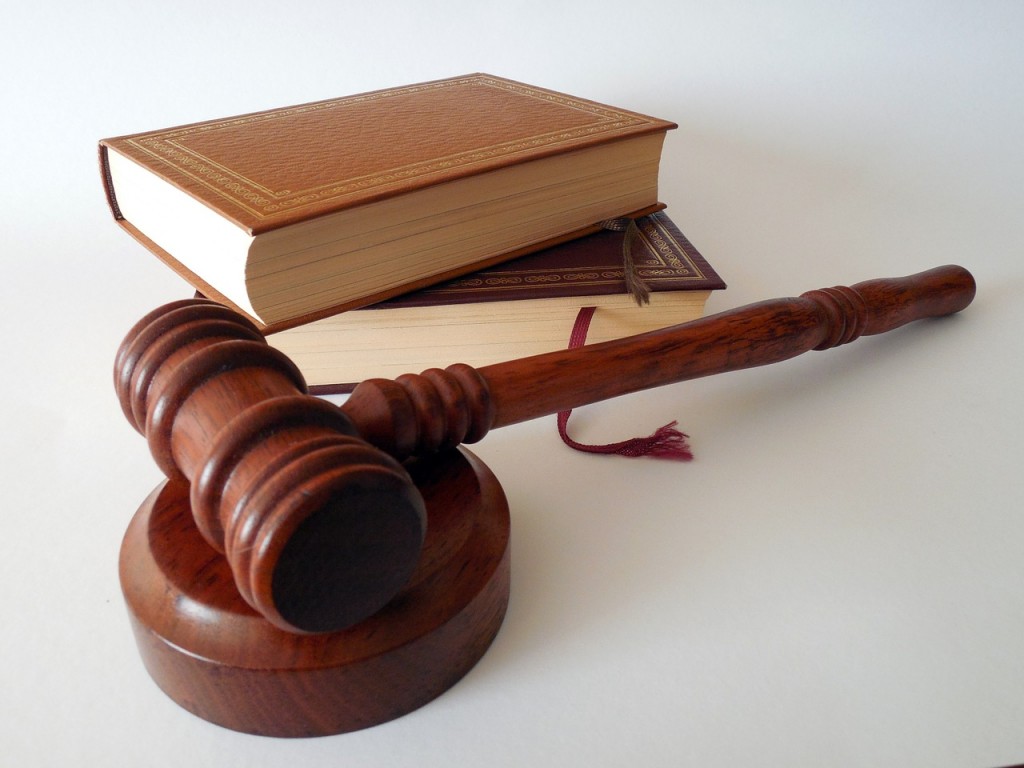 Higher courts have overruled the orders of the Authority of Advance Rulings. Photo: Wikimedia Commons

The unfair tax treaties have also disadvantaged the purely domestic Indian companies competing in the Indian markets with foreign investors. It has led to the creation of two tax regimes. An extremely favourable one for those investors who were coming in through Mauritius, Singapore or Cyprus. While an onerous one for the domestic investors – a case of reverse discrimination, treating foreign companies more favourably than the Indian companies.

In fact, to make matters worse, India signed similarly leaky treaties with other low tax jurisdictions like Cyprus, Singapore, Luxembourg, Ireland, Switzerland, Macedonia, UAE, the Netherlands and many more. In fact, after India signed a similarly lopsided tax treaty with Singapore in 2005, the investments coming into India got almost equally split between Mauritius and Singapore.

Both the Atal Bihari Vajpayee and Manmohan Singh governments assured the parliament that these treaties would be amended. Committees were formed to suggest amendments, senior delegations were sent to Mauritius to negotiate with their Govt and a Joint Parliamentary Committee slammed the government for continuing with the treaty. In 2011, the UPA did sign a revised treaty with Switzerland to gain access to secret Swiss bank accounts of Indian tax evaders. But the Mauritius treaty was never amended.

Tax treaties amended, but only half the job done

It was only in 2016-17 that the Narendra Modi government amended the Mauritius, Cyprus and Singapore tax treaties and the most glaring loopholes were plugged. But it grandfathered the investments made through the Mauritius route until March 31, 2017. In other words, investments made prior to March 31, 2017, were exempt from the new rules. However, there was a way to overcome this grandfathering clause, that Government of India for some inexplicable reasons has not used. Multilateral Convention to Implement Tax Treaty Related Measures to Prevent Base Erosion and Profit Shifting (MLI) a joint project of more than ninety countries to tackle tax evasion, allows modifying the applicability of existing tax treaties without the need to carry out bilateral amendments. India is a signatory to MLI.

As a result, India’s treaties with Singapore, Netherlands, the UK, Japan, France, Cyprus, Ireland and Luxembourg, all stand modified. But India has not applied MLI on its tax treaty with Mauritius.  Another instrument that India added in its anti-tax avoidance arsenal in 2017, the General Anti-Avoidance Rule (GAAR) has also not been tested and remains shrouded in ambiguity.

India needs to align its overall tax policy, including how it wants to tax international companies, with its core economic strengths. If the revenue department does believe that companies like Bidvest and Tiger Global are abusing tax treaties and the country is losing precious tax revenue, then the government must act boldly. But it must bring certainty, stability and clarity in its tax policy implementation. Half-baked measures are neither helping India expand its revenue base nor enhancing its standing as a fair, just and rule of law bound tax jurisdiction.

Ashish Khetan is a corporate lawyer and specialises in international economic law. His email address is ak2129@cantab.ac.uk.