'Honestly, we really don't really know when it will be completed,' the CEO of the company given the contract to implement the project said. 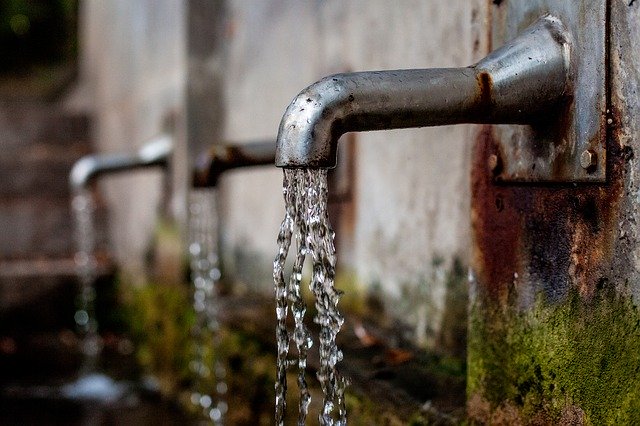 Nagpur: Anees Fatema lives with seven other people in one and a half rooms. She gets five hours of water – three in the morning, two in the evening – from a tap in front of her door. Two other families next to her house also fetch water from the same tap.

There is no water meter. Representatives from a private company and municipal workers visited them last year, collected Rs 1,000 from each household and then never returned, Fatema said. Other residents of the neighbourhood – Aulia Nagar, near the famous Taj Bagh Dargah – repeated the same story. There’s some piped water, which is where they get their drinking water from. The water for washing, etc. comes from dug wells.

But even without meters, all of them receive hefty bills for water use. “Until last year, we had been getting water from tankers for almost 10 years,” Aashiya Parveen, a resident, said. “We fetched water from a little [way away]. Since the pipeline was laid, our troubles have eased, but now the haphazard billing breaks our back. There was no bill last year and now it is Rs 5,000 for the last three months.”

Aulia Nagar is one of many slums in Nagpur with severe water issues. Oddly, downtown areas or even several planned colonies aren’t much better off.

According to officials of the Nagpur Municipal Corporation (NMC), the people of Taj Bagh are complaining because most of them want free water. NMC recently hiked the water tariff by (another) 5%, as it entered the tenth year of its contract with Orange City Waters Pvt Ltd. (OCW), the private operator tasked with supplying water around Nagpur.

The city’s dismal state of affairs vis-à-vis water is surprising because it has been nearly eight years since the work to implement a 24/7 supply scheme began. As on April 30 this year, NMC said 75% of the work has been completed. Officials said three lakhs new meters have been installed, and they have 60,000 more to go. They’ve also replaced 388 km of pipelines.

NMC’s contract with OCW is a 25-year performance improvement contract, under which OCW has to implement an initial performance improvement project in five years. It was initiated after a volley of water sector reforms after 2000, two decades ago. Apart from supplying water to the city throughout the day, OCW is required to reduce the volumes of non-revenue water and ‘unaccounted for’ water. 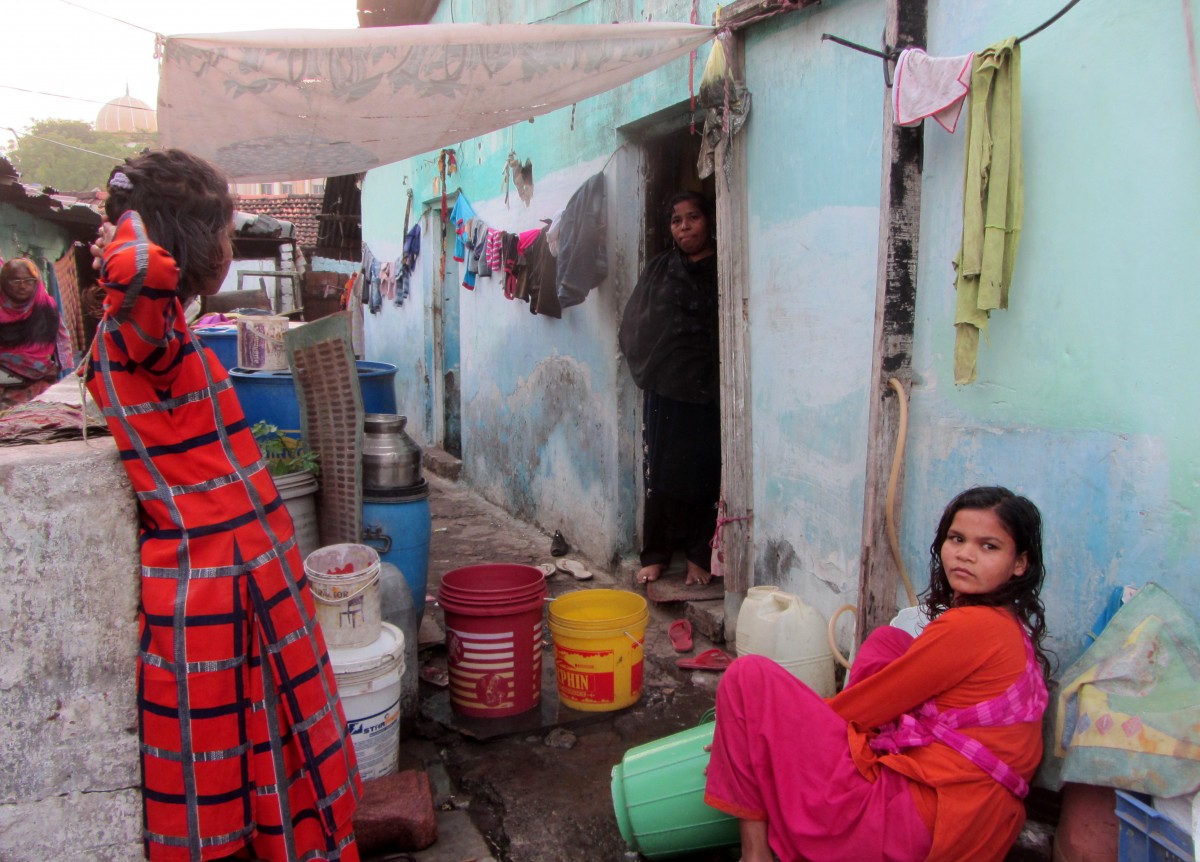 Anees Fatema (in black, near the door), a resident of Aulia Nagar, stands surrounded by water storage drums for her family as a neighbour looks on. Photo: Nivedita Khandekar

OCW had several problems implementing the 24/7 supply of water, but every time it hit a snag, it received significant assistance from the city’s, and state’s, political leadership despite many complaints against the terms of the contract.

The memorandum of understanding between NMC and OCW is skewed heavily in favour of OCW, to the detriment of the city’s own local body. NMC officials had suggested at the time it was signed that NMC employees weren’t skilled enough. But after OCW entered the picture, the same employees were deputed for the project. OCW was supposed to pay NMC Rs 5 per unit as collected from consumers. But NMC, after paying electricity bills and for cost of raw water, still needed to pay Rs 7.90 per unit to OCW as operator charges.

Nagpur usually needs 640 million litres of water per day, but in the April-June period, during the hot summer, demand often rises to 720 million litres per day. The company is responsible for transporting water from source to tap – from 68 reservoirs and through 2,000 km of pipes. So as such it’s also responsible for operation and maintenance; upgrades where necessary; and billing.

Shashikant Hastak, former head of water-works and the first head of the Nagpur Environmental Services Ltd. (NESL), said while work to replace the pipes began, the project ran aground when OCW began replacing existing water meters with ones calibrated for continuous supply.

However, OCW had been contractually obligated to perform the awareness activities before replacing the meters. In fact, together with a clutch of operational issues that also typically precede start of work on the ground – like “changing water by-laws… certain policy decisions and getting state government approval” – work was quickly stalled.

When asked why OCW hadn’t planned for these problems when the detailed project report was prepared, CEO Arun Lakhani blamed the NMC. “The corporation had designed the project with its own consultants. They had the idea of the old assets. Any bidder had no option but to go on the report of the consultant,” he said.

NMC, in turn, hadn’t planned for the Centre’s Jawaharlal Nehru National Urban Renewal Mission (JNNURM) being shuttered. JNNURM was the Indian government’s urban modernisation scheme, and ran from 2005 to 2014. In 2014, Prime Minister Narendra Modi assumed power at the Centre and his Bharatiya Janata Party (BJP) government killed funding for all JNNURM projects with less than 50% progress. At this time, Nagpur’s 24/7 water supply scheme was less than 40% done.

However, NMC couldn’t drop the project either. The state’s political leadership at the time, of the BJP as well, wanted the scheme implemented. So the state government pitched in with more funds and other help, and later included Nagpur city under the national Smart Cities mission as well. But for two years in between, nothing happened.

“At least three and half years were lost in this transition from JNNURM to AMRUT and Smart Cities,” Lakhani conceded. What water supply systems existed before the NMC-OCW tie-up continued, but OCW itself had to place meter replacement work and new pipelines on hold.

Then, in 2018, NMC extended OCW’s deadline by two years – to October 2020 – but didn’t impose any penalties. Nagpur mayor Sandeep Joshi defended the decisions saying the extension didn’t have any financial implications for the city. “We had a choice to continue and complete it or cancel and go back to zero,” he told The Wire.

Also read: How the Govt Is Spinning Its Dysfunctional Nagpur Water Project as a Success Story

Many others are not nearly as sanguine. “The promise was to complete work for the whole city by 2017. We are in the middle of 2020 and it is nowhere near complete,” Prashant Pawar, a member of the Jai Jawan Jai Kisan organisation, which works on farmers’ and land rights issues, said.

Tukaram Mundhe, NMC’s newest commissioner, entered office in January this year, some two months after the BJP government in Mumbai had been replaced by a coalition of the Congress and the Shiv Sena. And by May, speculations were rife that Mundhe had ordered an inquiry into the 24/7 supply project. But Mundhe denied that it was politically motivated.

“There is no inquiry at the state-level, nor there is an inquiry from my side,” he told The Wire. “I am looking into it as there has been so much delay. … The extension was given well before I came here. Now, if there is a deadline, we have to abide by it.”

Under Mundhe’s tenure, water supply has improved, multiple illegal connections have been disconnected and NMC has acted against parallel pipelines in many areas. But project completion is still far away and – with Aulia Nagar as testimony – 24/7 water supply remains a pipe dream.

In fact, only Dharampeth, where OCW piloted the continuous supply scheme, still gets water through the day. 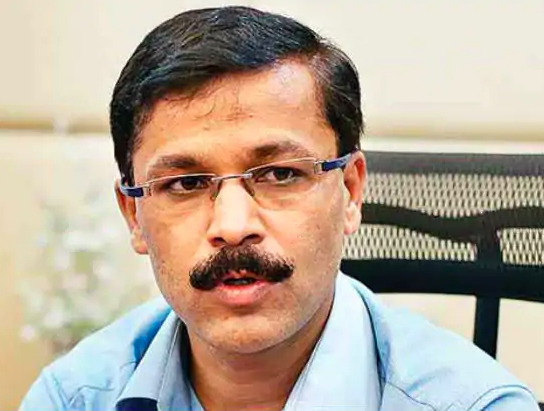 The problem also goes beyond infrastructure. For example, Jammu Anand, president of the NMC Employees’ Union, pointed to discrepancies in water requirement and availability in the city’s zones.

“If you look at the population of each zone and multiply it with 135 [litre per capita per day], we find that almost each zone has excess water, be it slums or planned colonies. The figures for water availability, storage capacity and usage for each zone simply don’t match,” Anand said.

Lakhani agreed. “Our experience is that the difficulties on the field start going away after two to three years, when you start delivering. But our project was delayed then, and things are much better now,” he said. “People had questions about equitable distribution if there is shortage but it will be equitable.”

Still, he admitted OCW wouldn’t be able to meet its October 2020 deadline. “Honestly, we really don’t really know when it will be completed. But roughly six months more.”

Nivedita Khandekar is an independent journalist based in New Delhi. She writes on environmental and developmental issues. She is on twitter at @nivedita_Him.

This report was possible thanks to the WaterAid India’s Media Fellowship ‘WASH Matters 2019’ on the theme of ‘Urban Water’.