Why Make New Laws When Ignoring Old Ones Is Easier?

No one likes arbitrary potentates, and the most unsettling are those who realise that they don’t have to change the law, because they can just ignore it. 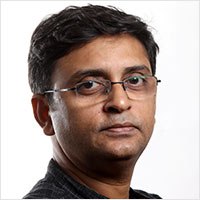 When the Narendra Modi-led government was elected to its second term, the majority ― which did not vote for the Bharatiya Janata Party (BJP), it may be recalled ― feared that the Constitution and fundamental statutes would be rewritten and the idea of India lost.

The book was indeed tinkered with, but the experiment didn’t go well. The de facto reading down of Article 370 has given Jammu and Kashmir a very special status ― it is the only region in India where no community has any reason to be happy, not even the gentlemen whose biryani Ajit Doval visibly shared to demonstrate that all was well.

Even the Kashmiri Pandits, who were sold as the principal beneficiaries of the change, are outraged at the callousness of the Indian state, after a series of killings. In the east, the National Register of Citizens and the Citizenship (Amendment) Act of the BJP government were supposed to execute a pincer movement on specific out-groups, but it isn’t working as advertised.

The farm laws had to be withdrawn after a prolonged agitation by farmers, many of whom are actually BJP voters. And cow protection laws used to legitimise lynchings have caused a stray cattle problem big enough to remain an intractable poll issue for years.

The ruling party is now wiser. It knows that it doesn’t need to fiddle with statutes.

Ignoring or misapplying them works just as well, requires no drafting skills and does not invite scoldings from moralistic foreign governments except when serious violence results or free speech is limited ― that’s always a hair-trigger for Western democracies. Manifesto promises about constitutional amendments and new laws designed to screw over minorities can safely remain jumlas.

Next month, the government will put VPN providers out of business by breaking their USP, user privacy. No alarming amendment will be required. A departmental order has sufficed.

Much attention has been given to the misuse of the security and tax agencies, and the impunity of vigilantism, which can flourish only when the police know they must excuse pro-government thugs. But it’s even nicer to have the courts on your side. The Babri demolition ruling of September 2019, which concluded that no one brought the domes down, marked the capitulation of the judiciary. During the mandir agitation in the ‘90s, to keep up the morale of the troops, L.K. Advani had to continuously raise his forefinger and declaim that “God is above the courts”. From that defensive point to the exoneration of all the surviving accused in the demolition case in 2020, what a fall it was.

The slide continues. All cases of Hindutva appropriating ‘contested’ sites and turning them into political akharas should be disbarred by the Places of Worship Act of 1991. It was enacted by the government of Narasimha Rao, which was keenly aware that in taking the locks off the Babri Masjid, Rajiv Gandhi had opened a Pandora’s box ― and there was no hope at the bottom because Advani was afoot and on the prowl.

The Act was a tactical intervention, but by freezing religious sites in 1947, it also made a civilisational point ― Independence was to be seen as a turning point, when the historical politics of differences which resulted in Partition was displaced by the Constitution, which created a Union of states, a democracy and a republic whose citizens had fundamental rights.

This Act should have kept fabricated disputes about mosques, underlying temples, shivlings and fountains out of courts, but they are entertaining these cases and thereby conferring legitimacy upon them.

Bulldozer supremacy is particularly interesting, because it sidesteps due process altogether.

It takes advantage of the delicate balance in ‘unauthorised’ colonies, which are neither completely legal nor completely illegal. In this grey zone, it is easy to carry out medieval retributive politics, razing the homes of families when one member has transgressed ― perhaps under extreme provocation.

The alleged crime is in one category, but retributive punishment is applied for another. And it includes arbitrariness ― whole communities are punished and sometimes, the homes of victims of the alleged crimes are also razed. Arbitrariness is the classic demonstration of imperial power.

It establishes that the emperor can do what he wants, to anyone at all, just anytime.

But bulldozers also mark turning points. Their current masters may have forgotten the fate of one Jagmohan, who used to operate bulldozers in the old quarter of Delhi, at the behest of Sanjay and Indira Gandhi during the Emergency. The Turkman Gate demolitions contributed to Indira Gandhi’s fall. Eventually, Jagmohan joined the BJP. He spent his last years in a corner of the library of the India International Centre in Delhi. There was no one else, ever, in that corner, except his security detail ― and a turbulent retired customs officer determined to encroach on his territory.

In the case of the BJP, too, the bulldozer could be a turning point.

No one likes arbitrary potentates, and the most unsettling are those who realise that they don’t have to change the law, because they can just ignore it.