The state's health programme is well funded, but the main reason for its systemic malfunctioning is that those who are tasked with managing it have no stake in it. 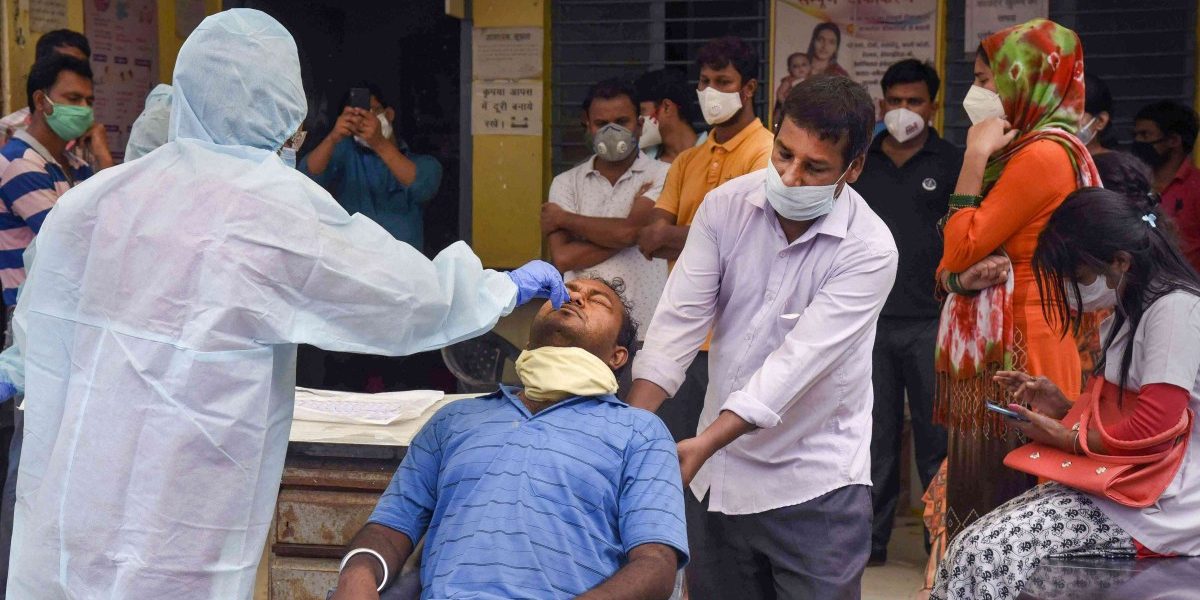 A man gets tested for the coronavirus at a camp in Patna. Photo: PTI 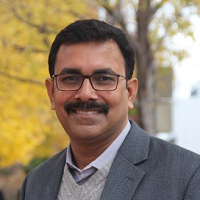 The COVID-19 pandemic has done serious damage to the entire country but different Indian states responded to the situation differently. Few states like Delhi and Maharashtra were badly hit initially but they could fight back due to the existing health infrastructure and quick response by the government agencies. These two densely populated cities and a few other states like Rajasthan were able to control the virus by increasing testing and restricting the movement of infected people by creating containment zones. Both Mumbai and Delhi have come down to three-digit new cases per day.

But Bihar, the state where I was born, has not been so fortunate. The state agencies and people in Bihar did not take the virus seriously and did not prepare themselves during the initial lockdown phase. With an estimated population of 10 crores, until a few days ago, the state had only 44 testing facilities in the government sector and 20 in the private. Not surprisingly, with a testing rate of only 4 per 1,000, Bihar is running close to last in the country. As of August 11, nearly 82,550 people had been struck by the virus, and the doubling rate was declining as the curve of new infections became progressively steeper. With a still rudimentary testing service, no one knows how many more are infected and how many more may have perished.

Bihar’s tardy response is definitely a cause of big concern not only for the state but for the entire country. According to the register of the Indian Medical Association, more than half of Bihar’s doctors are located in only three districts. These are Patna (33.5%), Darbhanga (8.9%), and Muzaffarpur (8.6%). Bihar has less than 26 hospital beds per lakh population, while the national average is 138. A few government hospitals are dilapidated and in urgent need of repair and modernisation. Many videos that have surfaced during this and previous monsoons, showing waterlogging in Patna and other district hospital wards, testify to the gross neglect of its responsibilities, by the state health ministry. 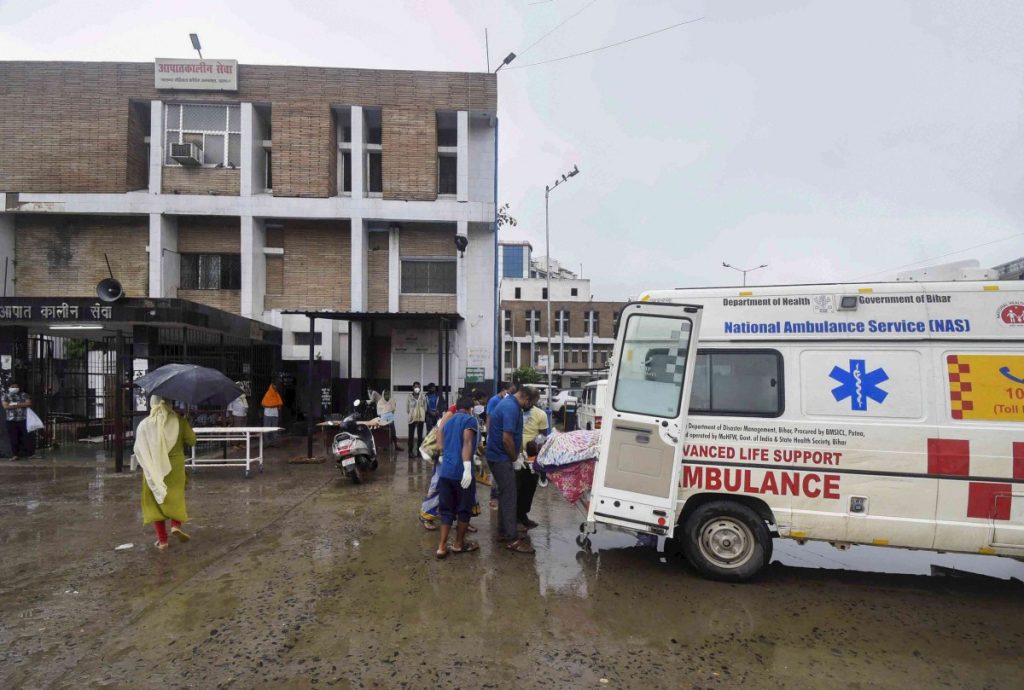 In a fire-fighting mode

COVID-19 has forced the state government into a fire-fighting mode to cover its unpreparedness. But the larger question remains: Will this state ever get a government that is willing to learn from the failures of its predecessors, and undertake a systemic overhaul of the entire health once the pandemic ends?

Biharis pride themselves for producing the maximum number of doctors, engineers, civil servants and other highly skilled persons in the country. This has bred a complacency that has become a curse for the poor of the state. For the inattention, amounting to a barely concealed hostility, that its rulers have felt towards its educated elite has denied it the opportunity to use their skills in their home state and forced them to migrate to other states and countries in search of a future.

Those who stay back are unable to create the critical mass that is needed to force a systemic change in the state. In the last 30-40 years, the state-run health and education systems have almost collapsed. If you visit some of the leading private hospitals in the National Capital Region you will see them crowded with Biharis standing in queues, who have come all the way from Patna and elsewhere in Bihar for their regular check-ups. A similar sight greets the eye in Chennai and Bengaluru. This is because the entire state of Bihar has no multi-speciality hospitals that command respect. Improved air connectivity has made this possible, but that has only deepened the neglect of the middle class and the poor in the state by its own elected governments.

This state of affairs was laid bare by an epidemic of acute encephalitis syndrome (AES) in the last few years. COVID-19 has further revealed the cracks in Bihar’s health system and the lack of concern of its elected governments.

One result of this neglect is that Bihar has the lowest per capita expenditure on health in the entire country, at Rs 348. Only 6.2% of its total population is covered by health insurance. Data collected from the National Rural Health Mission (NRHM) have shown that, at a mind blowing shortfall of 91%, the state also has the worst record in the creation of Community Health Centres in the entire country. CHCs are designed to be the first referral centres for patients requiring paediatrics, gynaecology and surgery. In an ideal situation, there should be one CHC for a population of one lakh persons.

Bihar has had the funds for creating them but has failed (or chosen not) to spend even one-third of Rs 88.5 crore given by the Centre in 2018-19 to upgrade its existing primary health centres (PHCs) and sub-centres. Similarly, in 2018-19, the state was able to use only Rs 27 crore of the Rs 88.5 crore provided to upgrade its existing primary health centres under the Ayushman Bharat national protection scheme. In 2019-20, the Bihar government asked for, and obtained, Rs 3,300 crore from the Centre under the National Health Mission (NHM). It was able to utilise only about 50% of the budget within a year. 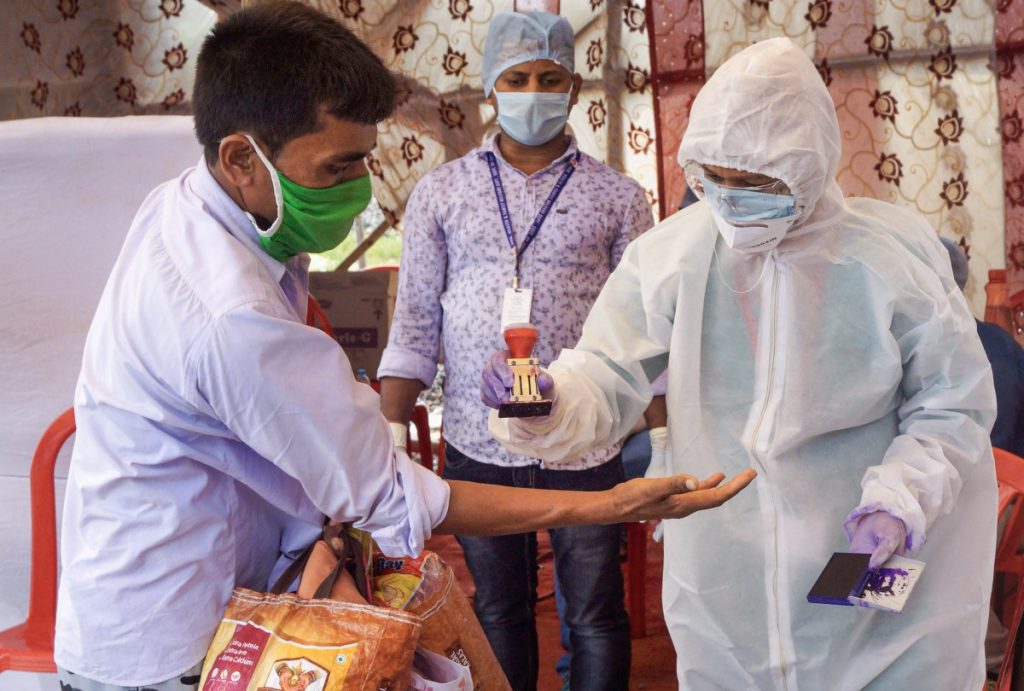 A migrant worker boards a train to Bihar. Photo: PTI

Not an issue of fund shortage

What stops a government from building and maintaining hospitals, when it takes pride in having covered every nook and corner of the state with an excellent road network? It clearly can not only be money, for as figures show, Bihar had allocated 5.2% of its total budget on health, which is only marginally lower than the national average of 5.3%. Each district already has at a campus and a building for nutrition rehabilitation centres and there are PHC buildings in all subdivisions but these buildings are hardly maintained and upgraded

The main reason for such a systemic malfunctioning of a well-funded programme is that those who are tasked with managing it have no stake in it. Nor is this the only area of governance where this malaise exists. If those governing the system feel they have nothing to gain from it, and there is no system in place for holding them accountable, then even the best-planned schemes on paper will fail, or worse, be corrupted and hijacked for personal gain.

The hijackers are the politicians and the bureaucrats who draw up the plans, who allocate the resources and oversee their implementation. But none of these is any longer a user of the system they oversee. All now go to private doctors and private hospitals and fly more and more often to the major metropolises to do so. So they have insulated themselves from the fears, anxieties and pain of the ordinary people who are forced to use the near defunct state health facilities.

The political parties keep blaming each other and as elections come near the blame game rises to a crescendo. But it is all a charade. For none of them have the slightest intention of improving anything once they come to power. But none of them could improve the situation, whenever they got voted to power. For the lure of the metropolitan hospitals is there for them as well. In the metropolis, well-appointed state bhavans and circuit houses await them, and airline tickets at government expense are easy to arrange for “official trips”.

Like education, health too has become a premium service in the state where money and power determine access. As long as the politicians and state officials do not use the state health facilities, change in the system from above will remain a mirage. If the onslaught of COVID-19 forces the poor to finally start demanding what is their birthright, the pandemic will turn from a curse into a blessing.