When it Comes to CSR Spending, ONGC Reads the Political Signals Well

While still a small portion of the overall spend, some projects are conspicuous for their links to the ruling BJP and the Sangh – including a yoga university founded by "Modi’s personal yoga consultant". 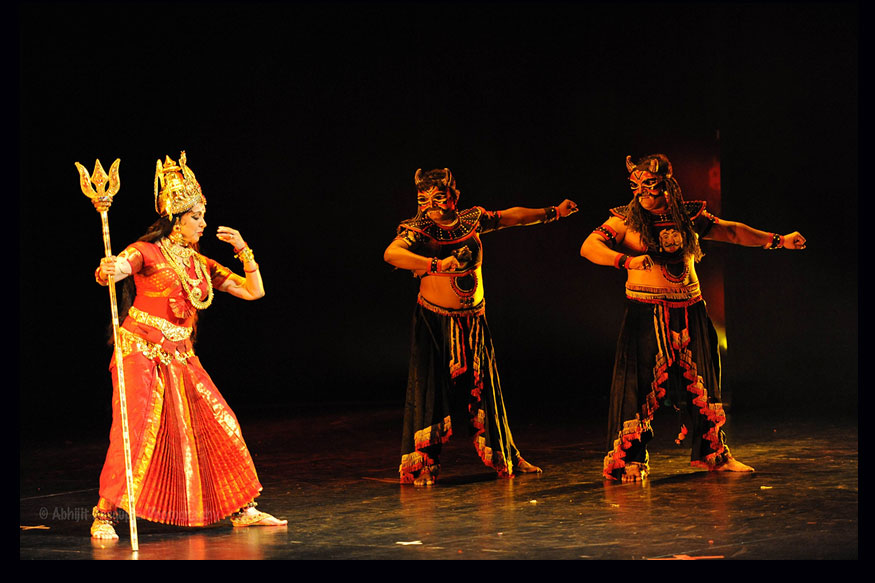 New Delhi: In June 2017, it emerged that the Statue of Unity in Gujarat was built with over Rs 100 crore from public sector undertakings (PSUs) in the oil business. The discovery sparked heated public debate over the politics of corporate social responsibility (CSR) funding by state-run corporations.

The debate intensified a year later when the Comptroller and Auditor General (CAG) noted that those contributions shouldn’t qualify as CSR activity, as the statue of Sardar Vallabhai Patel was not a proper heritage asset.

In her recent analysis in The Wire, Pushpa Sundar observed that among other objectives, big businesses and PSUs  are also killing two birds with one stone by using CSR as a method of political signalling.

The Wire has examined the CSR spending of one of India’s largest oil PSUs, the Oil and Natural Gas Corporation (ONGC).

While the bulk of its CSR contributions have gone to a wide array of social programmes, in recent years, the PSU has also funded projects that like the Sardar Patel statue, come with a political flavour.

These initiatives, while still a small portion of the overall spend, often match up or align with the BJP’s social and cultural agenda.

This manifests in different ways: Some projects are focused on yoga, Sanskrit or cows. Other grants are given to social organisations with links to the Rashtriya Swayamsevak Sangh (RSS). And in two cases, funding was directed at projects in Varanasi, the constituency of Prime Minister Narendra Modi.

Nearly Rs 8 crore was given to projects associated with the Vivekananda Yoga Ansuandhana Samsthana, a yoga university founded by H.R. Nagendra, whom media reports describe as Modi’s personal “yoga consultant”. The Samsthana, located in Bengaluru, is also where former finance bureaucrat Hasmukh Adhia received his PhD.

Grants also went to activities carried out by the Rashtrotthana Parishat, Bharat Lok Shiksha Parishad, Sewa International and Vanavasi Kalyan Ashram – all organisations with links to the larger Sangh Parivar or the RSS.

The Samskrit Promotion Foundation has also received substantial funding. According to its website, its trustees include Swadeshi Jagran Manch co-convenor S Gurumurthy and Chamu Krishna Shastry, who is associated with the RSS-affiliated Samskrita Bharati. Other trustees are former Supreme Court judge R C Lahoti and former chief election commissioner N. Gopalaswami among others.

A rise in ONGC’s profits – corporations are required to devote at least 2% of their three-year average profit towards CSR – has led to a bump in the number of projects receiving over Rs 50 lakh in CSR grants.

Every year, the biggest single-ticket item that receives ONGC’s CSR funding is invariably a government scheme or a project that appears to be associated with the incumbent ruling party.

From 2014 to 2016, the largest project was the Rajiv Gandhi Gramin LPG Vitrak Yojana, a programme started under the UPA, and continued under the NDA-II before being put on hold in 2016 by the Modi government.

After it was stopped, the largest CSR item became the Pradhan Mantri Ujjwala Yojana, the Centre’s LPG scheme. In 2016-17, the Ujjwala program received Rs 107 crore through the ONGC Foundation.

The following year, in 2017-2018, the project that got the highest funding from ONGC was a national cancer hospital in Nagpur, which was set up by the Dr Aabaji Thatte Sewa Aur Anusandhan Sanstha Trust. The hospital, which also received support from state-run Coal India, was inaugurated by a host of BJP leaders including Nitin Gadkari, Piyush Goyal, Dharmendra Pradhan and Devendra Fadnavis. One of the trust’s directors, Shailesh Joglekar, has been the administrator of the Bhosala Military School in Nagpur, Another director, Ajay Sancheti, is a special invitee on the BJP’s national executive.

ONGC has funded two projects in Modi’s constituency of Varanasi. In 2016-17, Rs 7.64 crore was sanctioned to the National Buildings Construction Corporation for “cleaning and restoration of four historic kunds at Varanasi”.

In 2017-18, Rs 17.26 lakh was granted for Varanasi’s Jal Shav Vahini (corpse-carrier boats) through a project implemented by the Sudhanshu Mehta Foundation. Media reports from 2015 identified Mehta as a close aide of BJP MP C.R. Patil and as having donated three boats to the city. A clipping from one 2015 report, which is reproduced on the foundation’s website, also describes him as “Modi”s close aide”. In the same year, Rs 28 lakh was sanctioned for the ‘Sur Ganga Festival of Music’ – also in Varanasi.

One project that was given ONGC funding appears to be associated with a BJP MP. According to the PSU’s list, a grant was given in 2017-2018 to “Synergy”, an international cultural program organised in Maharashtra by the Natyavihar Kalakendra Charity Trust. The trust, which is associated with actor and BJP MP Hema Malini, received Rs 17.7 lakh for the programme. In 2016, the trust had run into a controversy over land allotment by the Maharashtra state government.

A Uttar Pradesh-based NGO called Kamdhenu Charitable Society also received Rs 7.77 lakh in 2016-17 for “support for smart classes” in the state. Media reports have identified Uttar Pradesh deputy chief minister Keshav Prasad Maurya as running an NGO called the Kamdhenu Charitable Society. It is unclear if both organisations are the same. When The Wire called the society, they pointed out that Maurya’s wife runs the organisation, but were not able to confirm whether it had received a grant from ONGC. Questionnaires sent over email to Maurya’s office and staffers also went unanswered.

Apart from the ruling party, projects across the political aisle have also received funding.

For instance, in 2016-17, Rs 15.75 lakh was given as financial support for “memorial of Rashtrakavi Govind Pai”. In December 2016, media reports noted that this memorial was inaugurated by the chief ministers of Kerala and Karnataka (Pinarayi Vijayan and Siddaramiah) with help of funding of ONGC and Bharat Petroleum. Senior Congress leader M Veerappa Moily heads the trust.

Other projects seem equally puzzling. For example, in 2016-17, Rs 10 lakh was given for the construction of a guest house room for the Rajasthan Mining Engineers Association.

Experts have noted that the idea behind CSR was to have PSUs and private firms allocate part of their profits to socially responsible expenditure and participate in nation building.

Different provisions of the CSR Act – in particular those that allow funding on heritage and animal welfare activities – provide scope for allowing companies to marry social expenditure with projects that can be used to curry favour with the ruling party or local interests.

Data from the PRIME Database show that between 2014-15 and 2017-18, over 70 donations were made by 41 listed firms to “cow-related activities or gau seva, mainly for running and maintenance of gaushalas”.

While there is nothing inappropriate about this, as Sundar notes, what should be kept in mind is that in the same period, no funding was received for “reducing child mortality” and “eradicating extreme hunger and poverty received only 6% of the total CSR expenditure”.

Amita Joseph of the Business and Community Foundation, which conducts CSR training, believes that “PSUs are being milked”.

“This whole CSR donation brings about a nexus between politicians and their strengths,” Joseph said. “It’s really about the fact that you bring in [funding] through the backdoor on national heritage. And then you use it to fund statues.”